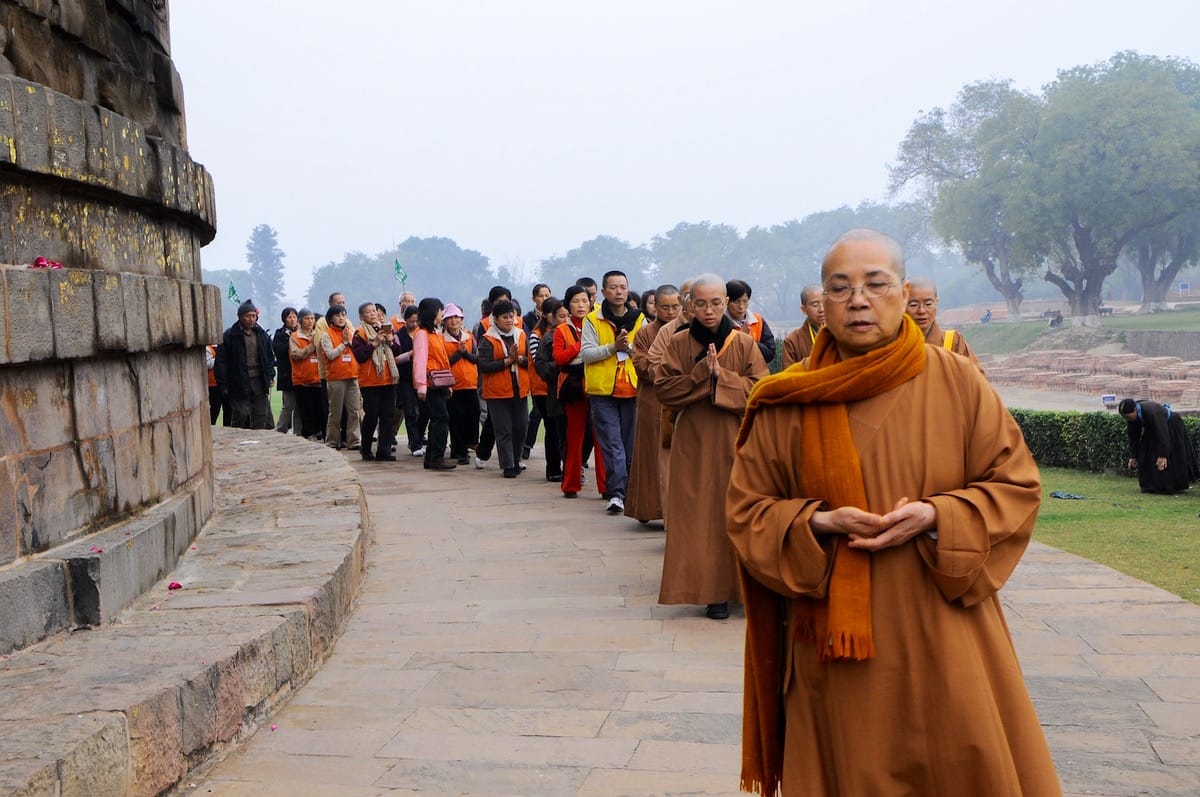 On January 22, Fifty Buddhist nuns from nine countries will meet at Sravasti Abbey, near Newport, Washington, for a 16-day training program on the Vinaya, the code of Buddhist monastic discipline.

Living Vinaya in the West is the first training program offered in the U.S. for Western nuns with English translations and resources.

Ven. Master Wuyin, founder and abbess of the Luminary International Buddhist Society (LIBS) in Taiwan, and six senior nuns from her institute will teach in Mandarin with English translation. Wuyin has been a fully ordained Buddhist nun for almost 60 years. Under her guidance, LIBS has grown into a respected center that provides nuns with monastic education through study programs and text translation.

During Living Vinaya in the West, LIBS faculty will explain the Buddha’s guidelines for nuns and examine how to establish monastic communities within modern society.

“Learning from a master such as Ven. Wuyin is rare,” says Thubten Chodron, the founder and abbess of Sravasti Abbey. “We are so happy to give so many nuns the opportunity to learn from her and her senior nuns… Practicing the Vinaya is a lived experience. By being with nuns who are steeped in the Dharma and the monastic discipline, we Western nuns will deepen our conviction in the value of ordination and gain confidence to go forward in establishing sangha communities.”

While Western monastics know the basic precepts, Chodron says there hasn’t been much opportunity to learn about the rich monastic community, study, and training experienced by Buddhist communities in the East. Sravasti Abbey is the first monastery in the Tibetan Buddhist tradition in the U.S. with English teachings and practices.

“The Buddha’s teachings are still new in the West,” says Chodron. “The extensive Vinaya literature from India, China, Sri Lanka, Tibet, and other traditional Buddhist countries is still in the early stages of translation into Western languages.”

In the past, Western nuns traveled to Asian countries for Vinaya training, which often took place in a foreign language with limited translation.

“It is exceptional to have a teacher and her community come to the United States to impart both the textual teachings and the lived experience of the ordained Buddhist sangha community,” reads Sravasti Abbey’s post about the program.

Chodron says several attendees aspire to start nuns’ communities in various countries around the world. She hopes the program will offer ideas for establishing these communities in accordance with the Buddha’s guidelines.

Living Vinaya in the West also provides the opportunity for Sravasti Abbey and LIBS to create more linguistic resources for English and Western monastics.  The teachings will be accompanied by material that Chodron plans to compile for future publication and make available to nuns around the world.

“Trained and well-educated nuns can teach the Dharma widely to help lay people everywhere transform their minds and enrich their lives,” says Chodron. “The point is to help develop stable monastic communities where the Dharma can flourish for a long, long time.”