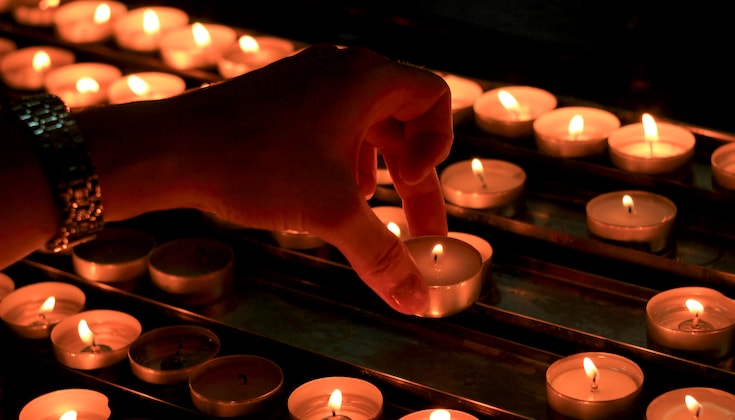 After the attacks that killed 320 in Sri Lanka on Sunday, Sri Lankan Buddhist communities across North America are holding candlelight vigils. The attacks were thought to be carried out by Islamist terrorists, targetting Christians. Sri Lanka is a Buddhist-majority country, and there are many Sri Lankan Buddhist centers in the USA and Canada. In Minneapolis, more than 30 people gathered at the Minnesota Buddhist Vihara:

Dozens at Minneapolis Buddhist temple honor victims of Sri Lanka attack: “This is a moment to join hands and extend loving thoughts, words and acts to those in need of loving support.” https://t.co/jcc1Srb5zP

A memorial service was held tonight at the Minnesota Buddhist Vihara for the victims of the Sri Lanka attacks. @kare11 at 10. pic.twitter.com/ougq5vV2zN

The Las Vegas community gathered at the Nevada Buddhist Vihara to remember the victims of yesterday’s terrorist attacks in Sri Lanka. It is important to remain united in love at this time. pic.twitter.com/UlfxrXceu6

In Houston, about 70 Sri Lankans gathered for a blessing service for the victims of the attack at Houston’s Buddhist Vihara:

It started in silence outside by lighting candles. Later, the silence turned into prayer as Houston Buddist Vihara held a special service for Sri Lanka victims.
https://t.co/8vQSYGPW4A

SRI LANKA VIGIL: Houston Buddhist Vihara is hosting a service for the deadly Sri Lanka blasts. Some of the people here have ties to those impacted today. https://t.co/GcV6COU4r3 pic.twitter.com/oOAKOcJ78w

In Los Angeles, many gathered at the Dharma Vijaya Buddhist Temple:

Sri Lankans & others gathered Sunday at the Dharma Vijaya Buddhist Temple on Crenshaw Blvd in LA to pray for the victims of the Easter Day terror attacks at hotels & churches in Sri Lanka. A candlelight vigil begins at 7pm at Pasadena City Hall tonight. Story at 5:55pm @nbcla pic.twitter.com/MBZUHyKzbn

An interfaith vigil will be held in Pittsburgh on Wednesday. A vigil will also be held at the New England Buddhist Vihara & Meditation Center in Grafton this week.

In Nova Scotia, Canada, a memorial service will be held Atlantic Buddhist Meditation Centre in Halifax at 7 p.m. on Wednesday. Winnipeg, Manitoba’s Sri Lankan community gathered Sunday at the Manitoba Buddhist Vihara and Cultural Association to pray for victims of the attacks.