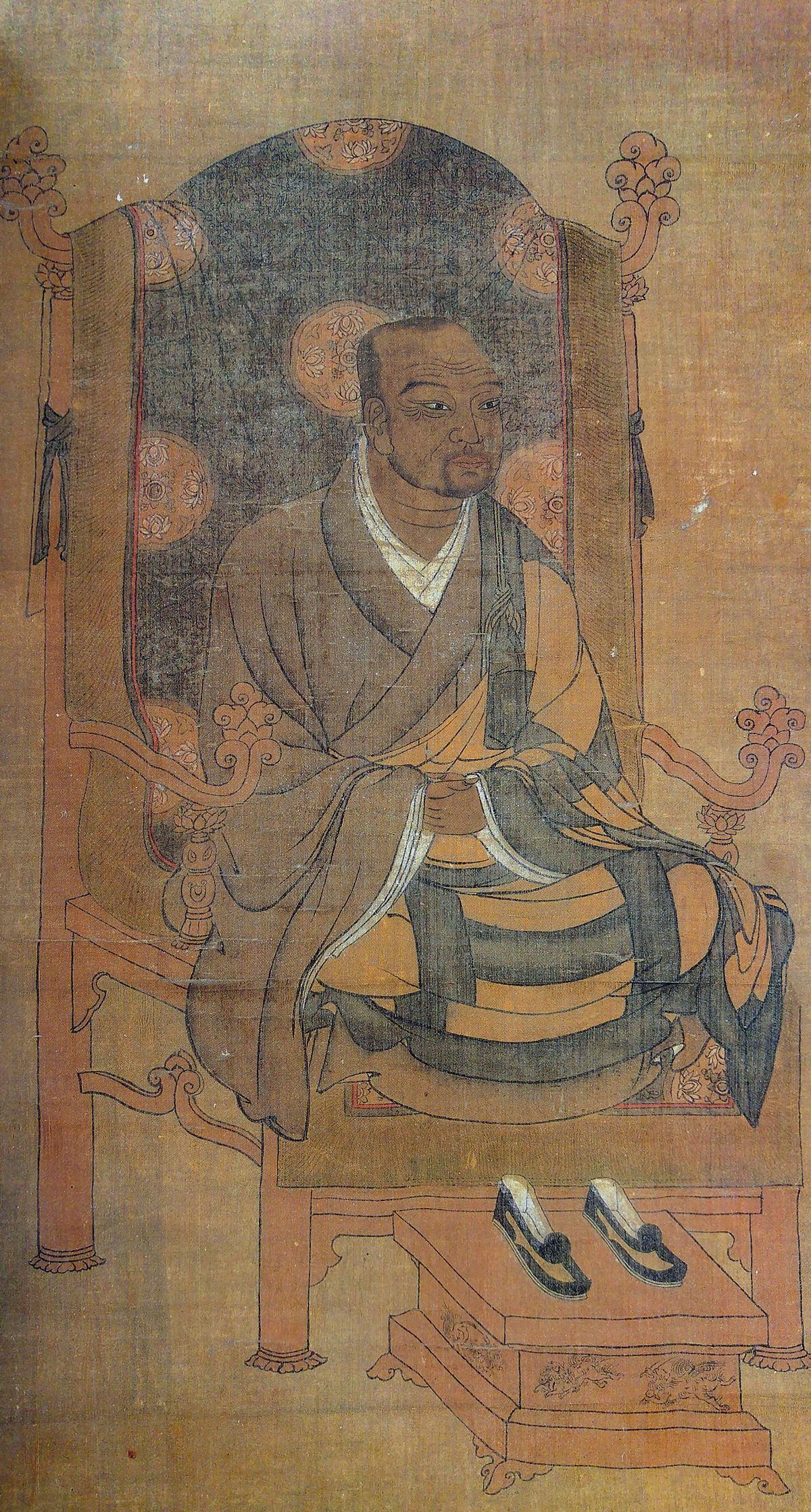 Imagine a world where dictionaries did not exist and books did not have tables of contents, indexes, or even pages that could be turned, and where note-taking and collation had to be done without a ready supply of paper. In that world libraries were extremely rare, only occasionally filled with hand-copied manuscripts brought back by foot or horseback from China by officials and Buddhist pilgrims who had traveled for months. These are the conditions under which the eminent Korean monk Wonhyo (617–686) wrote his commentary on the Vajrasamadhi Sutra. Despite these and other challenges, Wonhyo was not only able to write the commentary but to do so with consistency, precision, and coherence. This is exactly what Robert E. Buswell Jr., in Cultivating Original Enlightenment, his masterful translation of Wonhyo’s magnum opus, demonstrates with utmost clarity.

Buswell’s translation completes a long intellectual journey that this much respected scholar of Buddhism began over thirty years ago. In 1989, Buswell published his study of the Vajrasamadhi Sutra, which was based on his doctoral thesis published a few years earlier. In this pioneering study, Buswell made a provocative claim: the Vajrasamadhi Sutra was an indigenous scripture written in Korea by an early adept of Son (Chan) Buddhism sometime in the late seventh century. Decades have passed since this claim was first made, but it still remains the most widely accepted view of how the current version of the sutra came into existence. Like all Buddhist scriptures, the Vajrasamadhi Sutra was long presumed to have originated in India. Catalogues of Buddhist scriptures compiled in China reveal that the Vajrasamadhi Sutra was translated into Chinese in the fourth century but was considered lost by the early seventh. According to a legendary account preserved in a collection of biographies edited by the Chinese monk Zanning (919–1001), the scripture miraculously reappeared from the ocean with the help of the dragon king and made its way to Korea during Wonhyo’s lifetime. Buswell’s claim is that this Vajrasamadhi Sutra is not the fourth-century version but a new version written by a Korean Buddhist adept for a seventh-century audience who specialized in early forms of Son Buddhism.

When reading Buswell’s translation of the scripture and its commentary, it is worth bearing in mind that seventh-century Chan bears only a little resemblance to the Buddhist tradition of the same name that we tend to associate with koans, which emerged centuries later. Far from being a group of eccentric monks and nuns who taught the wordless truth in seemingly unconventional ways, the early Chan masters specialized in the interpretation of scriptures such as the Lankavatara Sutra, Diamond Sutra, and Vimalakirti Sutra; this is what their contemporaries would have expected the best teachers of Buddhism to do. The most revered monks in China at the time were, indeed, translators and exegetes such as Xuanzang (600?–664), Kuiji (632–682), Daoxuan (596–667), and Zhiyan (602–668). Like these eminent monks, early Chan masters also focused on a set of scriptures, but they tended to read them as guides to the practice of “contemplating the mind” or, more simply, meditation. Buswell contends that the new Vajrasamadhi Sutra, which also focuses on the practice of contemplation, was probably written for this audience.

Unlike the author of the Vajrasamadhi Sutra, Wonhyo may not have been particularly interested in using his commentary to win over the early Chan and Son communities. Like any Buddhist commentary, the purpose of Wonhyo’s work was to provide the newly “recovered” scripture with a definitive interpretation of its meaning and invest it with significance; however, as Buswell points out, the historical circumstances under which the commentary was written make it abundantly clear that it also served a different political purpose.

Wonhyo lived in a kingdom known as Silla. Not long before he wrote the commentary, Silla had conquered its peninsular neighbors, Paekche and Koguryo, by forging a strategic alliance with Tang China (618–907). Silla drove the Chinese forces out to the northern edges of the Korean peninsula shortly thereafter. Rather than prolong the war, Silla eventually chose to restore peaceful relations with Tang China by agreeing to become a tributary state, but the Korean kingdom continued its efforts to present itself as a cultural equal of China. As a project that would be able to demonstrate Silla’s ability to participate in one of the most sophisticated and highly regarded cultural activities in East Asia (that is, scriptural exegesis), the successful completion of a commentary on a scripture recovered in Silla could not help but be entwined with, as Buswell puts it, the politically charged issue of Silla’s cultural self-sufficiency vis-à-vis China.

The task of demonstrating self-sufficiency this way couldn’t be entrusted to just anyone. It had to be someone of Wonhyo’s intellectual caliber and erudition. Although he had never traveled to China, Wonhyo was well versed in a wide variety of Buddhist literature—before he began the commentary on the Vajrasamadhi Sutra, Wonhyo had already written commentaries on the Lotus Sutra, Srimaladevisimhanada Sutra, Mahaparinirvana Sutra, Awakening of Faith in Mahayana, Lankavatara Sutra, Diamond Sutra, Avatamsaka Sutra, Vimalakirti Sutra, Brahma’s Net Sutra, Dharmaguptaka Vinaya, Mahayanasamgraha, Pure Land scriptures, Yogacara treatises, and more. As Buswell’s rich annotations make clear, Wonhyo used his knowledge of these texts to render the meaning of the Vajrasamadhi Sutra more explicit.

Particularly useful in preparing the commentary was a heuristic distinction that the Awakening of Faith in Mahayana makes between original and acquired enlightenment. As scholars of Buddhism have shown, making this distinction was necessary to address a problem inherent to the notion of original enlightenment, also known as tathagatagarbha, or the “embryo of buddhahood”: if sentient beings possess a mind that is intrinsically pure and luminous and defilements are nothing but illusions, then why is cultivation necessary? Wonhyo’s commentary delves deep into the complex arguments presented in tathagatagarbha and Yogacara literature to explain why cultivation or, more precisely, contemplation is necessary. As Buswell eloquently explains in the short introductory study placed at the beginning of his book, Wonhyo argues that the mind is simultaneously deluded and enlightened, but the aspiration to acquire enlightenment comes from original enlightenment. Buswell thus concludes that original enlightenment in Wonhyo’s work “is transformed from an abstract concept into a practical tool of meditative learning.” The goal of this meditative learning is to reach that point where all phenomena are perceived to have but the “single taste” of liberation or enlightenment. Wonhyo’s commentary suggests that this discovery can be made gradually with the help of six sequentially arranged contemplations.

Wonhyo’s commentary was not, however, meant to function explicitly as a meditation manual. Rather, it was meant to serve as a definitive and authoritative explanation of how enlightenment as a process works. What Wonhyo presents in his commentary, in other words, is not so much a practical guide as a theoretical map. And the map that Wonhyo draws is far from a straight path. It is a labyrinth. Like all other Buddhist commentaries from this period, Wonhyo’s commentary does not simply offer a clarification of passages and definitions of terms; it also superimposes what Buswell calls a “hermeneutic superstructure” over the text of the scripture. This verbose and turgid superstructure makes the commentary (and, naturally, Buswell’s translation) a challenge to read. But it is certainly a worthwhile challenge, especially for readers interested in Buddhist theories of contemplative practice and original enlightenment. 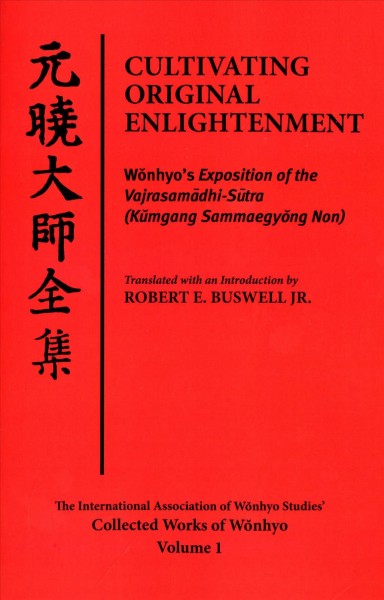 Regardless of how well versed the reader may be in Buddhist thought, a careful reading of the introductory study is therefore highly recommended. In addition to a general introduction to the doctrinal arguments presented in the Vajrasamadhi Sutra and its commentary, the study also provides one of the most informative and yet readable introductions to the Buddhist commentarial genre in East Asia. Despite the long history of the modern study of Buddhism, this genre has not received the attention that it deserves. Painfully aware of this, Buswell presents a compelling argument for the importance of studying commentaries, the mastery of which was considered a hallowed religious practice that only the most talented and hence revered members of the monastic community were expected to accomplish. Even today, only a few can claim to have the requisite knowledge and linguistic skills to properly study this genre. Needless to say, Buswell is one of them.

In sum, Buswell should be applauded for undertaking the important task of providing a complete translation of a Buddhist commentary. Not only can we use the translation to learn about the intellectual debates that preoccupied the most famous Buddhist thinkers from this period in East Asian Buddhist history, but we can also get a good sense of how exegesis works as a spiritual practice. This is an important form of Buddhist practice that, again, has been neglected by the English-speaking world for far too long. Buswell should also be applauded for his decision to offer a more literal translation of Wonhyo’s work. Although some, for instance, may want to fault him for using the translation “edge of reality” for the Sino-Korean term silche (presumed to be bhutakoti, or “ultimate state,” in Sanskrit), the translation does a great job of preserving the spatial metaphor that is embedded within the term, which refers to that point in the contemplative path where one leaves behind illusion. Literal translations like this also do a great job of preserving the seriousness and strangeness of the language of the commentary, a genre that was established on the foundation that even familiar words can prove to be the most challenging to understand and, hence, enlightening.

Juhn Ahn is associate professor of Buddhist and Korean Studies and author of Buddhas and Ancestors: Religion and Wealth in Fourteenth-Century Korea (University of Washington Press, 2018). His present research interests include the history of the Koryŏ economy, reading habits in Song dynasty Chan Buddhism, and the cultural history of weather and wealth during the Chosŏn Period.