One student described the work as “a mysterious and precious experience.” 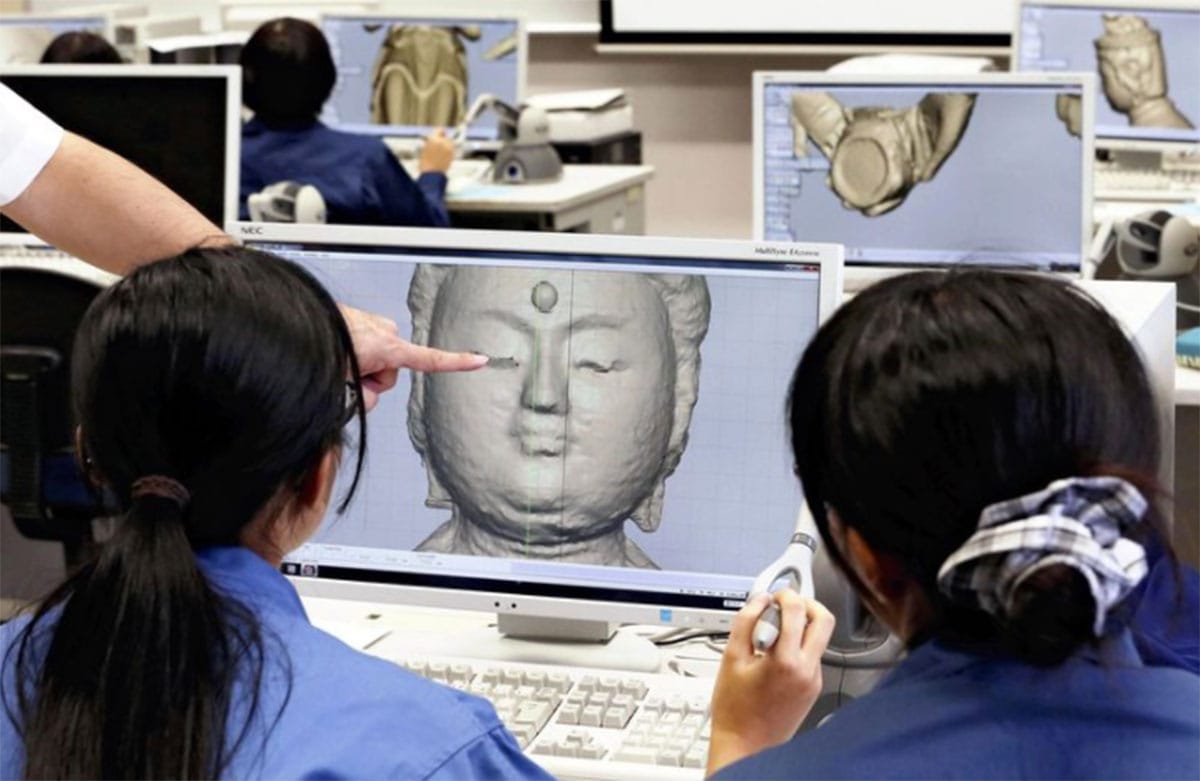 Students create data to be sent to a 3-D printer by adjusting three-dimensional data scanned by a 3-D scanner. Photo via The Yomiuri Shimbun.

160 Buddhist statues were stolen in Wakayama, Japan between 2010 and 2011. Now, Students in Wakayama Technical High School’s industrial design course in Japan are creating 3D-printed replicas of Buddhist statues to prevent the ongoing theft of the original statues from Buddhist temples.

The Japanese newspaper Yomiuri Shimbun reported that seven students are creating four statue replicas this year as part of the course’s work-training requirement, which will be given to temples to replace the original statues.

The course’s teacher told the newspaper that students will learn valuable techniques and receive feedback from the local temples. In return, the temples save costs that would otherwise be spent outsourcing the project.

In 2015, students created their first replica: a virtual copy of an Aizen Myoo sculpture, which took six months to complete. So far, Wakayama Technical High School has produced 25 statue replications.

One student told Yomiuri Shimbun, “I can closely look at and touch Buddhist statues that were made hundreds of years ago, which is a mysterious and precious experience.”

The process of replicating a statue begins by creating a 3D scan of the original. Small measurements that cannot be picked up by the scan — such as spaces between fingers or wrinkles on clothes — are input by students after careful observation. The combined data is then used to print the 3D models. Once printed, art students at Wakayama University’s Faculty of Education finish the replicas by painting them to match the originals.

Between 2007 and 2009, the Japanese Agency for Cultural Affairs counted 105 thefts of historical sculptures. Since then, there has been an increasing interest in utilizing 3D-printed replicas as stand-ins for originals.

Temples can also choose to entrust Buddhist statues that are difficult to maintain to the Wakayama Prefectural Museum for safekeeping.

Besides ensuring original statues are kept safe, those who are visually impaired can interact with the replicas through touch, which is not always possible with the fragile, original statues, that are often enshrined in glass.