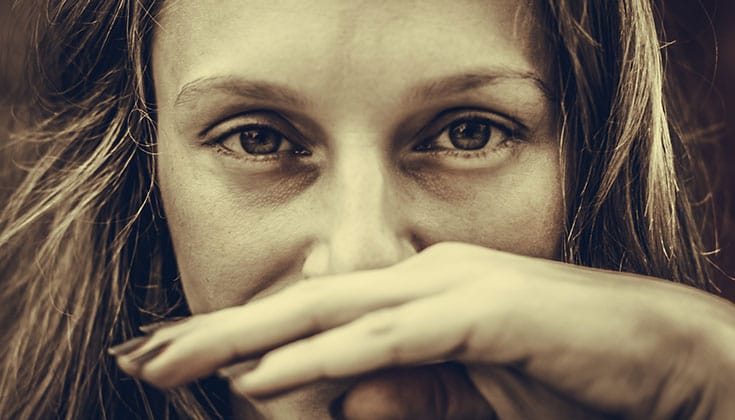 In this response to Vidyamala Burch’s Buddhadharma commentary, “It’s Time for Buddhists to Address Ableism and Accessibility,” speech pathologist Ellen-Marie Silverman explains what we can learn from Buddhism about supporting people with stuttering problems.

I’m 73. By society’s standards, that means I’m old, and I don’t mind saying so. It’s not a cringe-worthy disclosure for me. In fact, it’s a source of pride and gratitude for certain reasons even though I’m slowed down and curtailed somewhat as others are by post-polio syndrome and arthritis. But, as unwelcome as these restrictions can be, they can be less annoying than a stuttering problem. Having one can be more limiting. How do I know? For two reasons: I have had one that began in early childhood, as most do, that I lived with as a source of worry and shame until about 10 years ago. And I was a speech pathologist who helped people work their way out of their stuttering problems. So, as I read the call from Vidyamala Burch, who has spinal injuries, to sanghas members to make their communities accessible to all by removing barriers that marginalize or exclude people with challenges, those that are obvious and those that are hidden, such as stuttering problems, I mentally applauded. We all need a reminder now and then to fully embrace our essential connection with one another, which mindfulness meditation practices, such as tonglen, encourage to bring forth the dharma.

So, in that regard, a word about stuttering problems: People with stuttering problems live daily with the fear of rejection they believe they will experience by stuttering. The 2016 Oscar winning live action short film, “Stutterer,” vividly illustrates this. And no less so in real life will many do almost anything to avoid stuttering, including lying. A graduate student I knew almost failed the oral defense of his master’s thesis research project because he reported false findings rather than the actual ones he believed he would stutter saying. He was willing to lie and to risk jeopardizing his career as a speech pathologist to avoid stuttering. To some extent, almost all of us, when we feel the need, find ways to avoid stuttering by using this word we believe we can say rather than that word we believe we can’t and, in the process, we may speak untruthfully. Or, we may choose to be silent at certain times, in certain places, or with particular individuals or groups of people. Silence was my exclusive strategy until my mid-40’s when I became comfortable communicating as a professional and as a solo parent. Until then, I practiced elective mutism, choosing not to speak unless I believed I absolutely needed to or was absolutely confident I wouldn’t stutter or that if I did, such as with a loved one, it wouldn’t make any difference.

Let me tell you the isolation experienced trying to hide a stuttering problem can create grave suffering. Not only for us as individuals by making our lives smaller and tighter than they otherwise might be but for us family and society members as well. So, when, for instance, a member of the sangha does not share his or her voice and in all its fullness, all lives are less than they might be. But there is a remedy. We can minimize this suffering. We can focus, as Vidyamala Burch suggests, on ableism and accessibility instead of ourselves. One straight-forward way is through what I call “Right Listening,” attending actively, empathetically, and patiently not only to those of us with stuttering problems but to each other. That form of loving, non-judgmental attention makes community shine. Then, when someone who stutters engages with us and stutters, possibly strenuously, we can refrain from saying for them the words they are struggling to say. Odd as it may seem, those of us with stuttering problems are more comfortable speaking for ourselves, even when that means struggling to say a sound or word, than we are having someone, who has not asked for our consent, speak for us. That act ostensibly offered to spare us discomfort can magnify the shame and the frustration we are already feeling for being different. Nothing can make us back away faster from further conversation. “Right Listening,” on the other hand, signaling we and our message are welcome by embodying patience and empathy encourages us to participate. And that helps enlarge the flow of the dharma.

A mindfulness meditation practitioner since 1996, Ellen-Marie Silverman has found mindfulness useful in resolving her long-standing stuttering problem. A speech pathologist, she described her experience in the book, Mindfulness & Stuttering, published in 2012. In 2016, winning,” a young adult novel, the second in The Jason Trilogy she is writing, was published. The series portrays the effect of a stuttering problem on one person’s life from age 10 to age 50. Ellen-Marie Silverman, a poet, lives in the United States near the Lake Michigan shore.