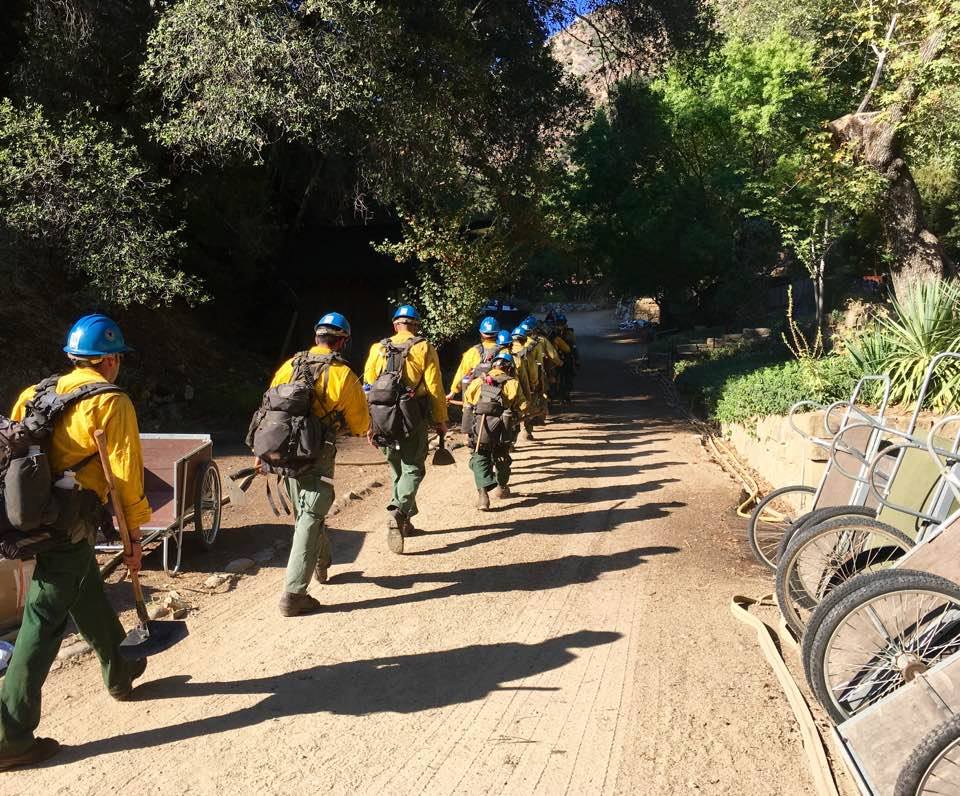 Tassajara Zen Mountain Center has survived the Soberanes wildfire and will reopen on October 15.

As Lion’s Roar previously reported, Tassajara, the oldest Zen Buddhist monastery in the United States, was threatened by the Soberanes wildfire at the end of July and forced to evacuate.

According to a press release from the San Francisco Zen Center, Tassajara remained closed for 83 days, but with the help of fire crews, 25 extensively trained firefighting monks, and the US Forest Service, it is now designated a safe zone. The fire, deemed to be 99% contained on October 10, is no longer a threat.

Throughout the 83-day period of uncertainty, resident monks maintained their monastic daily schedule of Zazen and service. The monks and firefighters shared meals and stories when not fighting the fire.

Tassajara is one of three practice communities that make up the San Francisco Zen Center (SFZC). In the five decades SFZC has been in operation, Tassajara staff and residents have faced four life-threatening fires.

“Preparing to meet a fire is to experience the truth of impermanence in an incredibly profound and direct way. Like birth, or death, fire has its own timeline,” says incoming President of SFZC, Linda Galijan.

“Entering deeply into the fire’s time, it became possible to meet the multiple changes of direction or plan with curiosity, inquiry, and patience,” she says.

The center was previously threatened in the June 2008 Basin Complex wildfire, when five senior monks famously defied authorities and stayed behind after evacuation to save the monastery. The inspiring story is documented in Colleen Busch’s book Fire Monks: Zen Mind Meets Wildfire.

As KAZU reported, students at the center had been given formal wildland fire training, and a “Zen Fire Crew” was led by Joe Rawitzer, a student of two years at Tassjara and veteran firefighter.

“The monks completed a professional training in wildland fire fighting, including intensive practice and drills, with constantly changing demands and scenarios, and under extremely challenging physical conditions,” says Galijan.

“They met the practice of fire fighting the same way they already engaged with monastic training: with whole-hearted effort, flexibility of mind, patience and full presence. And just at the point when they were completely ready to meet the fire, they practiced with letting go of expectations when it became clear that the fire was not going to arrive,” she says.

The center is grateful for all of the help and support it received, and Galijan says it was “truly amazing to meet so many wonderful, dedicated firefighters with such a strong ethic of service and friendliness.”