It was a 14-billion year journey from simple hydrogen to Mahatma Gandhi. David Loy asks: Is evolution the universe waking up to itself? 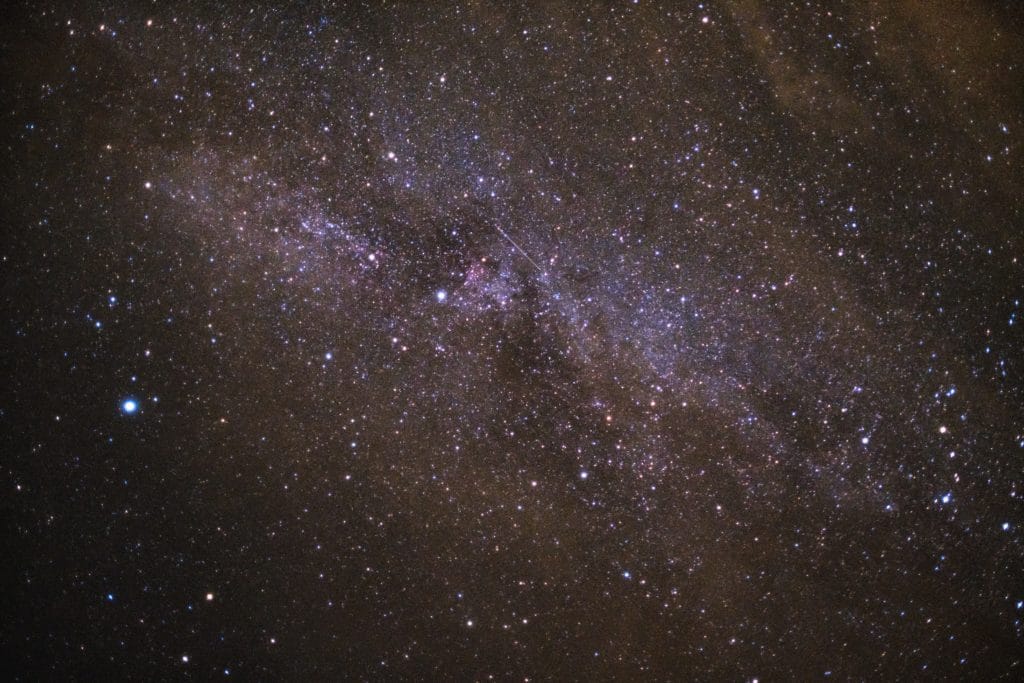 Religions tend to deny or ignore evolution, but what happens if instead they embrace it and make it central to their message? For Buddhists, the relevant question is what the teachings on impermanence and insubstantiality imply about the Big Bang and evolutionary development.

One way to approach this issue is to ask whether evolution is really as random and meaningless as many scientists believe. According to Brian Swimme, in his book The Universe Story, the most mysterious and, yes, spiritual phenomenon in the universe is that if you leave hydrogen alone for fourteen billion years, it eventually transforms into rosebushes and giraffes—and us. Now, fourteen billion years might seem like a long time but I think it is actually a very short period of time to evolve from Big Bang plasma to a Shakyamuni Buddha or a Gandhi. Unless, of course, matter is something quite different from the reductionistic way it is usually understood.

What we usually think of as evolution—the genetic variation that leads to more complex life-forms—is only one of three interdependent and progressive processes through which the universe developed. It’s a story as amazing as any religious myth.
The first step was the creation of the higher elements, formed when hydrogen fused in the cores of stars and supernovas, which then exploded and scattered the elements to coalesce into new solar systems. In the second step, elements such as carbon, oxygen, and sodium provided the material basis for the eventual appearance of self-replicating species about four billion years ago, including the appearance of human beings about 200,000 years ago. Last but not least was the process of cultural development that has been necessary to produce highly evolved human beings such as the Buddha, and, in our day, Gandhi or Einstein.

To me, it seems implausible that all this is accidental. That does not necessarily mean that there must be an outside director—a God—who is organizing the whole thing. Instead, can we understand this groping self-organization as the universe struggling to become more self-aware? In The Universe Story, Brian Swimme and Thomas Berry offer such a nondualistic interpretation: “The eye that searches the Milky Way galaxy is itself an eye shaped by the Milky Way. The mind that searches for contact with the Milky Way is the very mind of the Milky Way galaxy in search of its own depths.” When Walt Whitman admired a beautiful sunset, he was “a space the Milky Way fashioned to feel its own grandeur.”

Is this the answer to the age-old question, “If there is no self, who becomes enlightened?” Perhaps our desire to awaken (Buddha means “awakened one”) is nothing other than the urge of the cosmos to become aware of itself. “Waking up” is realizing that “I” am not inside my body, looking out at a world that is separate from me. Rather, “I” am what the whole universe is doing right here and now, one of the infinite ways that the totality of its various causes and conditions comes together. My waking up is the universe waking up to itself.

What did the great Zen master Dogen say after his own deep enlightenment, when “body and mind fell away”? He said, “I came to realize clearly that mind is no other than mountains and rivers and the great wide Earth, the sun and the moon and the stars.” According to tradition, Shakyamuni awakened when he looked up from his meditations and saw the morning star (Venus). Did he suddenly realize his nonduality with that star?

Every species is an experiment of the biosphere, and biologists tell us that fewer than 1 percent of all species that have ever appeared on Earth still survive today. The super-sized cortex of homo sapiens enables us to be coexperimenters and co-creators. (Is this what “created in the image of God” means?) With us, new types of “species” have become possible: knives and symphonies, poetry and nuclear bombs. But it is also becoming more and more obvious that something has gone wrong with our hyper-rationality. Nietzsche’s Zarathustra says that “man is a rope across an abyss.” Are we a transitional species? Must we evolve further in order to survive at all? In Buddhist terms, our delusions of a separate self are haunted by too much dukkha, which motivates us to do too many self-destructive things. Maybe that helps to explain the critical situation we now find ourselves in.

On the other hand, figures like the Buddha might be harbingers of how our species can develop. In that case, the cultural evolutionary step most important today would be spiritual practices that address the fiction of a separate self whose well-being is distinguishable from that of “others.” Perhaps our basic problem is not self-love, but a profound misunderstanding of what ones self really is. As Thich Nhat Hanh puts it, “We are here to overcome the illusion of our separateness.”

Without the compassion that arises when we realize our nonduality—empathy not only with other humans but with the whole biosphere—it is becoming likely that civilization as we know it will not survive the next few centuries. Nor would it deserve to. We are challenged to grow up or get out of the way. It remains to be seen whether the homo sapiens experiment will be a successful vehicle for the cosmic evolutionary process.

All this suggests that the eco-crisis is not only a technological and economic emergency, but a spiritual challenge to realize our oneness with the Earth. At this point in our evolutionary history, do we really have a choice?