Within every meditator, says Peter J. Conradi, the cynic and the mystic battle. 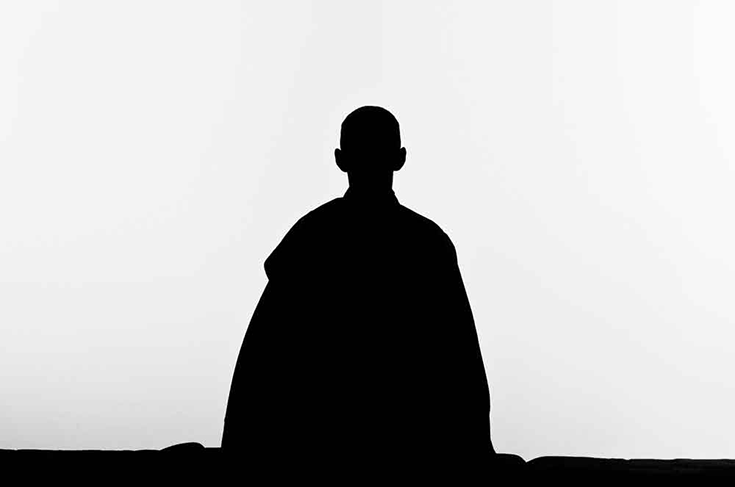 The ancient Greeks invented cynicism—the word comes from the Greek for “dog”—and equated it with philosophers who lived a vagabond, natural life, devoid of luxury, pride or malice. Since then, cynicism has gone downhill. Oscar Wilde wittily quipped that the cynic knows the price of everything and the value of nothing. Today’s cynic disbelieves in the possibility of altruism or good faith. Only the lowest motives count.

Cynicism is the style of the age, found everywhere. It loves blackwashing, not whitewashing. Nothing is so quick to awaken our cynical disgust and spite as any hint of idealism or transcendence. One symptom is Christopher Hitchens’ The Missionary Position, his demythologising of Mother Teresa’s life-work, jacket-puffed as “hilariously mean.” His title implicitly compares Mother Teresa’s pilgrimage to straight sex, and Hitchens’ Teresa is a self-deceived, reactionary monster. Our taste for bad news is inexhaustible.

Cynicism lowers energy, saps courage, and is part of the degeneracy of the age. How can meditative faith itself stay unaffected? Cynicism, it might be said, is the enemy of the moral life. But the way to overcome an enemy is to explore our secret kinship with him, and try to understand his power from inside out.

The meditator can manifest as two contradictory people. One, an ordinary unregenerate impatient jaded materialist, sees humankind as a fortuitous and pointless blend of minerals and star-gases in a dead universe, and life as self-interested, without meaning. For him the spiritual path is pretentious, a kind of vanity. His favorite opening line is from Beckett’s Murphy: “The sun shone, having no alternative, on the nothing new,” with its echo of Ecclesiastes (“Nothing new under the sun”); though he scorns all that is lyrical or elegiac. His favorite adverb is Martin Amis’ “unsurprisingly.” He fears his own disappearance, both in death and in meditation. He resembles the hero in Sartre’s novel Nausea, for whom the world exists in superabundant threat to his own sense of being. This stubborn hero is all too familiar, to the point sometimes of seeming almost to be part of me.

Yet this is not the whole story. An alternative persona has a child’s capacity to lose itself in a condition of extreme wakefulness, attentive to what it sees or hears or does, “engrossed in a world of play.” The perceptual field expands and shows a new world: the mystic finds the meaning of life within love.

There is no final victor in the war between these two embattled personae, and meditation is one site where they repeatedly encounter one another. After extended meditation the joyous mystic is ascendant; in periods of inactivity, by contrast, the depressed, anxious cynic wins. They speak different tongues. The world appears very different to each, with its own internally coherent logic. They seem zoologically distinct species, each addicted to his own cherished truths.

The mystic, however, does not see more than the cynic; he sees less. What is subtracted is what is self-involved. With that crucial subtraction, the world and all it contains becomes vivid and marvelous and moving. The cynic suffers less impersonally. He is anxious and depressive. It is remarked of some who are dying that they wonder at never before having felt so intensely alive. The meditator would like to feel aliveness without being obliged to await this final moment. The terror of a world without sacredness is the greatest terror. The meditator remembers that life itself is sacred; the cynic forgets this.

One recent November my partner and I were invited to Bhutan, last Tibetan Buddhist kingdom on earth. Normally you pay a large sum to go trekking; we were fortunately guests and so exempt from daily charge. We drove to the monastery of Ganté and negotiated use of a simple retreat cabin at 11,000 feet. overlooking mountains fluttering everywhere with prayer-flags, where we had altitude sickness and meditated for some days.

Himalayan night-skies are dazzling, for there is no light pollution anywhere. Vast, immensely brilliant star-populations turn slowly above. They induce awe, stop the mind, open the heart.

One such night I pondered some old needling questions: “How is there a world, something rather than nothing? What sense is to be found?”

A story I had heard when living in Poland for two years came back unbidden, touching some deep nerves.

When asked “Who are you?” a Warsaw friend’s housekeeper replied that she did not know. She knew only that her mother had been rounded up for deportation in Warsaw’s Umschlagplatz around 1943. By then it was understood that this meant a cattle-truck to the gas chambers of Treblinka, and most knew how soon and in what manner that journey would end. In the square, terrified, ill-nourished women from the ghetto passed their babies over their heads from one to another set of upraised hands towards a high wall enclosing them. They were thrown over to the far side, where pious Catholic Polish women caught, collected and raised them as gentiles.

This tale haunted me. This woman did not know who she was. She knew only that she was the child of two kinds of courage: that of a forever nameless mother who had let her go, and that of the foster-mother who cherished her.

Her story was scarcely universal. Yet it seemed to shed its own strange light: there are sources of blackness and selfishness; but courage, generosity and compassion are instinctive and real too.

That night I also recalled a farewell bonfire-party at the end of a monthlong group meditation retreat. An Irish friend recited Prospero from memory and was asked to repeat and repeat the whole speech by the others, who listened spellbound, as the sparks flew upward into the night-sky:

We are such stuff
As dreams are made of, and our little life
Is rounded with a sleep…

A friend, a tough-looking postman, observed humorously of his fellow meditators, “I don’t know why I’m crying; I’ve hated them all for the whole month.”

I imagine the scorn of a cynical friend and want to say to him that the joy unlocked by meditation is not stupid or soft but tough and intelligent, even if short-lived. It fades and the beginner wants it back. If there is intelligence within cynicism, there is also soured romanticism. The cynic’s secret hope is that his is not the whole story; his secret fear that it is. His is not the whole story; though giving up cynicism is frightening: it protects from feeling.

I tried to explain all this later to my friend Iris Murdoch, the novelist, repeating, “You fall in love with everyone, even with the people that you hate,” and she laughed, and then thought carefully in her customary way, and watched as a dog watches, and replied gently and firmly: “That’s good.”

Peter J. Conradi is the author of Iris Murdoch: A Life (Norton, 2001). His newest book is Going Buddhist: Panic and Emptiness, the Buddha and Me (Short Books), available from Trafalgar Square Publishing.