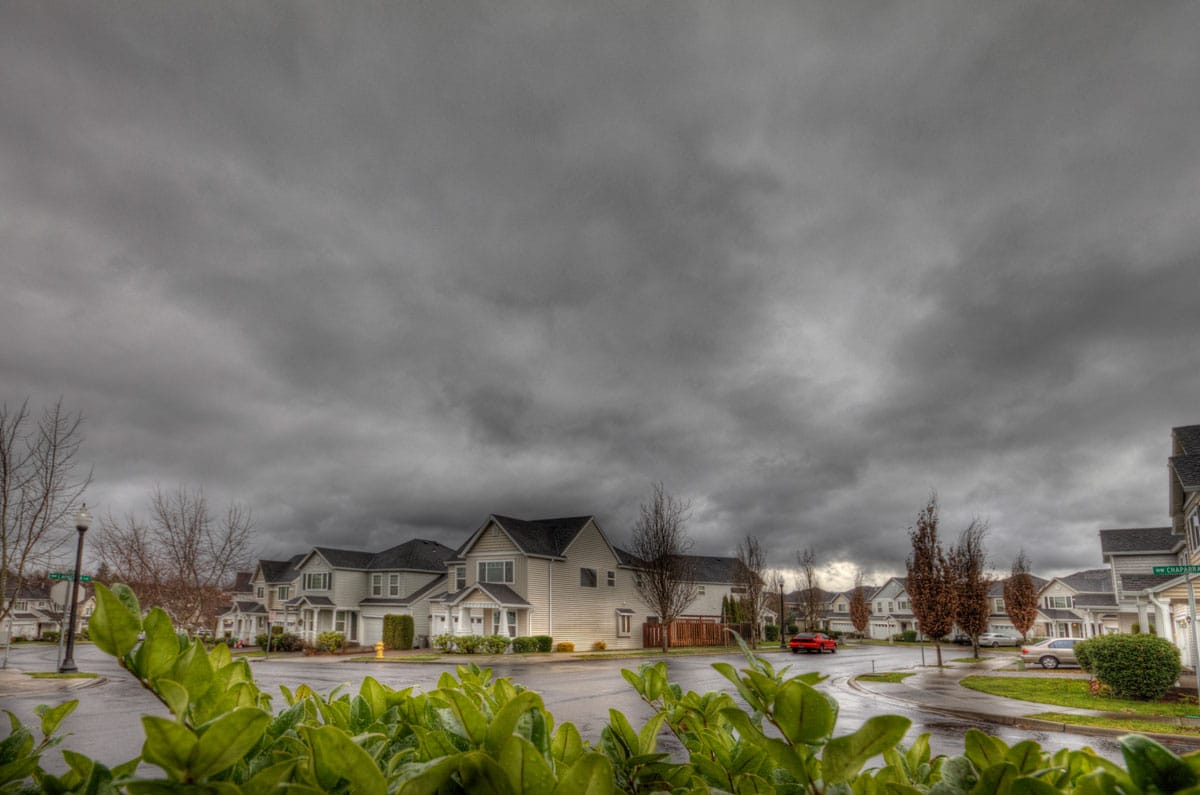 Not knowing the future helps Pico Iyer keep his hyperactive mind at bay. Then, whether it snows tomorrow or dawns radiant, every moment is a happy surprise.

I never read weather forecasts. As soon as I read one, tomorrow is clouded for me, even if it is sunshine that’s predicted. A part of me is making plans, or second-guessing the heavens; a part of me is saying, “I should be able to get in a second walk tomorrow, though by Sunday night it’s going to be cold again.” When it turns out different, as it often will, all my thinking is in vain.

It isn’t that weather forecasts mess with my mind. It’s that the mind is so ready to mess with everything it touches—to make theories around it, to draw fanciful conclusions from it, to play distorting games of projection and miscalculation—that even the elements are not safe from it.

I never look at my wife’s schedule for the month. I’ve learned not to read the jacket synopses of any book I pick up. I don’t read reviews till after I’ve encountered the movie or book. It’s not that I don’t trust them; it’s that I don’t trust my mind to make good use of them. It has a supreme gift, I’ve found, for complicating the simple and muddying what could and should be transparent. It can take the tiniest detail and turn it into a drama or a universe of needless speculation. I don’t want to hear about Anne’s life before I meet her, because then I’m meeting someone else’s subjective image of Anne, or my agitated response to someone else’s subjective response, and not the wondrous and confounding reality of Anne herself.

All Buddhists know this, I think, but it took me the longest time to learn. I remember, years ago, inviting an old friend up to a beautiful retreat house I had found. As soon as you get there, I told him (violating my own rule, and possibly spoiling the experience in advance for him), all thoughts of past and future fall away. You’re entirely in the moment and in a great bowl of ocean and stars, in which you disappear and become as large and spacious as the universe around you. You can’t fret in such a place, I said, and you can’t play neurotic games. It’s as if a filter is placed in your system, and all impurities dissolve.

Needless to say, he was intrigued by my description and wanted to try it for himself. He made a reservation, months in advance, for a time when I would be there. Every day when I woke up in the silence, awaiting his arrival, I saw things with his eyes. I prayed—as I never would usually—for the days to be cloudless and warm. I worried—though worry was nearly impossible here—that it would be louder than usual when he came, or the wrong monk would be on duty in the bookstore. I fretted that the road would be closed off, or a group of raucous schoolchildren might be visiting. I even began to fear that it would not be the place that he’d imagined from my accounts.

For day after day of radiant silence, I threw myself out of paradise by living inside his possible responses and not inside the transparent moment. I corrupted my own paradise while worrying it would not be his. So of course there was a poetic justice when, near the end of my two-week stay, he called up to cancel—and I realized that my invitation had not deprived him of his selfless calm (since he never came up to the monastery at all), but me of mine.

A trivial example, but it’s through trivia that I experience my follies and learn to correct them. Most times that I fret and chafe about an upcoming engagement, someone cancels; most times I dread a coming moment, the moment never comes. It’s not the world that I need to change, I see, but the mayhem that my overactive mind makes of the world. It’s more than capable of seeing a blue car, stationary, and constructing out of it a six-act melodrama.

The mind has a purpose, Tibetan Buddhists tell me; if harnessed correctly, it can be the greatest instrument we have for finding in the world the potential and lessons that other mammals miss. But it’s wonderful at being a five year-old mischief-maker, and not a calm adult. It’s much more eager to play than to work, to feed on gossip than on wisdom, to get ahead of itself and then look back, to run around like a tired child at 10 p.m., screaming, when all it really wants to do is go to sleep.

I’ve been lucky enough to grow up in many traditions, with Hindu parents and Christian schooling. But I don’t think any discipline has so taught me the limits of the mind as Buddhism. What I’m seeing when I meet Ellen is not her, usually, but all the ideas I’ve created around her. What I read when I pick up Proust are all the volumes of what I know I’m meant to feel reading Proust, and all I don’t want to feel because everyone feels it, reading Proust, and what I’m not sure I’m finding at all, in Proust, and how I’m about to describe Proust to my friend (with an eye on myself, not Marcel). And then a car screams toward me on the road, the driver having lost control, and every one of these ideas is forcefully banished, as folly.

I don’t read the weather forecast, usually, and I don’t turn on my laptop at all, because I know all the snippets, diversions, distractions, grand theories, and data that are waiting for me inside that innocuous-seeming little white cover. It’s not what I imagined when I was young, and so eager to throw open the pages of any encyclopedia or book. But not-knowing is the happiest state I know. When it snows tomorrow, when it dawns radiant the next day, every moment hits me with the force of an inarguable surprise. Not reading the weather forecast is actually a way of ensuring that the prospect for many days (though never all) is sunny.