It was just a pitiful privet hedge in the front yard of a house in the suburbs. But it saved Margaret Roach from darkness. 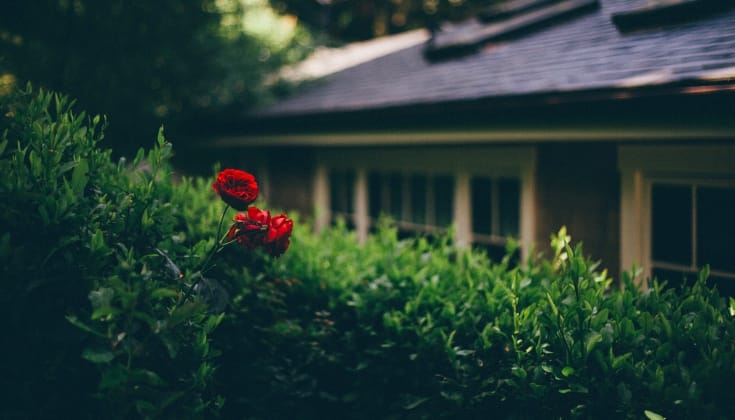 “Be up, be doing” was how my mother began each morning, calling us from our twin beds. It was apparently an adaptation of a line from Longfellow, one not so different from her own mother’s daily invocation that I still hear echoing in my mind’s ear, too, even now: “Busy hands are happy hands,” Grandma Marion used to say.

I was in my mid-twenties when my mother stopped reciting her version of matins, or doing much of anything unsupervised. Early onset Alzheimer’s was the fate of the young widow, barely fifty years old, and so began a period of great difficulty for our tiny family.

“Come home, something’s wrong with Mommy,” my sister said in a call to California, where I was living. I packed up and resettled in the East, in my childhood home, precisely, to puzzle out what we—my sister and I, for there were no other relatives left, no “grown-ups” to rely upon—should do.

Nothing could change the facts, nor the outcome, and so our efforts were mostly aimed at compassion and understanding. But such situations often take more victims than merely the identified patient, and that was one place where we could maybe, just maybe, beat the odds.

Tethered more days than not close to home, I craved distraction or some personal occupational therapy, and took to reading books on gardening, a subject I knew nothing about. If not for the pitiful privet hedge that ringed the suburban house’s front yard, I suspect I would have fallen all the way into darkness, too. Instead, spurred onward by the same locomotive mantra as my female forebears and suddenly armed with a pair of loppers—a word, and a tool, unknown to me previously—out I went to set to work.

In one of those books, there had been a drawing of a hedge like ours: leggy and overgrown, offering more see-through than privacy. The next illustration, labeled “figure 2,” showed it all cut down (that’s where the loppers first revealed themselves to me), and in figure 3, a new, thick if somewhat lower version arose from where the sorry one had been. Drastic circumstances and drastic measures, yes, but—hallelujah!—a chance at transformation.

The strangely seductive chapter “How to Rejuvenate an Aging Shrub or Hedge” drew me in; I didn’t hesitate or think it through. If I’d given any thought to the cycle of commitment I was engaging in, I would never have made a single pruning cut as the book detailed.

I followed the instructions, which cleverly left out the part about what in the world you do with the remains of more than a hundred lineal feet of seven-foot-tall shrubs, once they have been cut down to maybe a foot high. No matter; I learned to bundle them with twine and set them out for the trash, a few each garbage day, and this became my mission, and my meditation: lop, gather, bind, drag, discard, repeat.

From a moment in my life that seemed to offer only lasting despair—things that could not be cleaned up, nor brought back to a state of vigor and growth—I got what has become a lifelong connection to the natural world. In it has been the chance to bear witness to many births, declines, and deaths over the decades—the greatest of privileges and a daily window into my own ephemeral existence.

When meteorological and nuclear havoc rocked Japan in March, 2011, I had trouble making sense of things and felt especially tentative and raw. When I confessed that “out loud” online, a reader—a compassionate, commiserating stranger— quickly reminded me of the Shaker wisdom “hands to work, hearts to god,” and I was grateful. That day, another late snow had just melted, so I grabbed a rake and went outside to have at it, while grappling with all the impossible thoughts.

This is how it begins: modest and uncertain. But from a check of the deer fence to the first cutbacks, each expedition outside is a little more ambitious and farther ranging, creating widening circles of clean. Sometimes making sense of things just comes down to doing something, anything, outdoors. In the view out the window, there is always some bit of hope—or at least the chance to get in life’s rhythm, to get busy.

Margaret Roach is the author of The Backyard Parables, as well as And I Shall Have Some Peace There.