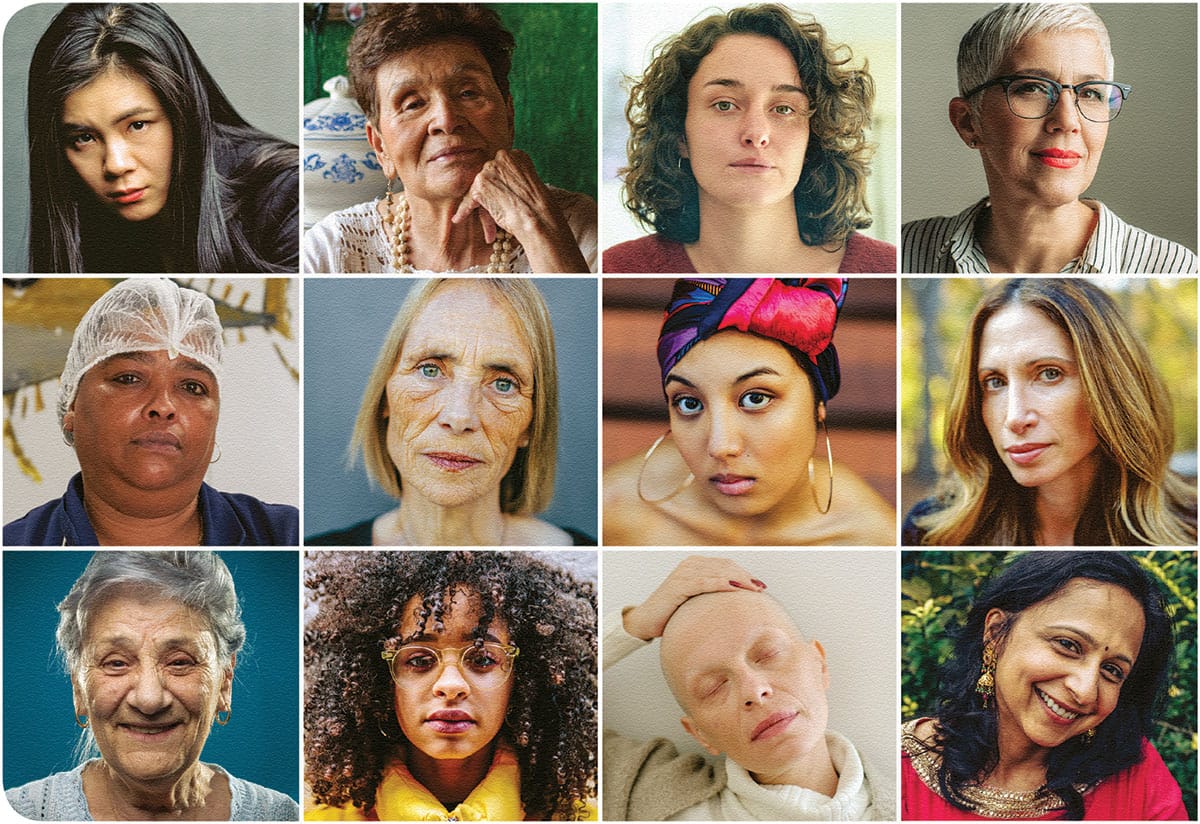 The most profound awakening I have ever experienced happened when I was abbot at Green Gulch Zen Center. In those days it was my daily practice to sit in my room conducting interviews in the early morning hours, while the community did zazen and chanting service in the zendo. One dark morning a young woman came to see me. She was a short-term student, someone I hardly knew. She was impressive: I remember her as large and tough-looking, with lots of tattoos and piercings. Maybe I am making up this detail, but I recall she had arrived at the temple on a motorcycle.

She sat down in front of me and began weeping. I asked her what was the matter. She told me she was weeping because she had just come from the service where the Zen lineage was being chanted.

I was confused by her reply. I said, “Why would chanting the lineage make you cry?”

“Because every name is a man’s name,” she said.

The all-male Zen lineage wasn’t just an unfortunate piece of history. It was a symptom of a far deeper sorrow.

Of course, I was well aware of this. Some scholars say it’s possible that a name or two on the list could be a woman’s name. But yes, by and large the Zen lineage is a male lineage, because like all religions Zen has always been dominated by males. I had long recognized the injustice of this, but what can you do? It was a fact, one that I took for granted. That someone could be emotionally overcome by chanting this list had never occurred to me.

But when I saw this woman weeping I suddenly felt the pain she was feeling. The all-male Zen lineage wasn’t just an unfortunate piece of history. It was a symptom of a much larger outrage, a far deeper sorrow. It was as if the entire human history of men overlooking, oppressing, and committing violence against women washed over me. I was overwhelmed with the enormity of it.

In Mahayana Buddhism, awakening isn’t personal liberation. It is awakening to the reality of others and what their lives are really like. From earliest times, Buddhism’s key insight was that self as we normally conceive it is an imprisoning illusion, causing all our suffering. In Mahayana Buddhism this teaching takes the form of radical compassion, which flows from the heartfelt understanding that the sufferings and joys of others are our own. As a Zen practitioner, I had long appreciated this intellectually. But it became real on the day that young woman wept.

I practice zazen, study teachings, and go to retreats not just to find some peace but to open my heart a little wider, to expand my capacity to be unsettled by suffering. When I practice metta or tonglen, I am quite specifically hoping to extend my love and compassion.

Prajna wisdom, the practice of transcendent understanding, shows me a point of peace at the heart of suffering that enables me to sustain my caring. It isn’t always easy—it is not supposed to be—but it can be beautiful to extend a caring heart. Yes, to care about others in pain is to increase one’s suffering. But compassion is the most liberating, the most wonderful, of all practices. It comes from the life-changing experience of true empathy—of really feeling how someone else experiences their life.

I have thought of this lately while reeling from the spate of revelations of sexual harassment, to the point of callous brutality, by powerful men in politics, entertainment, journalism, business, and elsewhere. Recall that this is only the latest round: this stuff has been happening for a long time (and male Buddhist teachers own their share of the guilt).

All men have soul-searching to do.

Although the stories are all different, a clear pattern emerges. Powerful men drunk on their own power imagine that women exist as characters in their distorted fantasy lives. It’s an illness, but not an isolated one, given the norms and values of our world. From time immemorial, males have dominated and abused females, and we all bear the scars. The full equality, dignity, and inclusion of women is not only just and long overdue, its absence over the centuries unspeakably sad—it is a necessity.

And it is unsettling. Let’s be honest about this. These revelations stir up many disturbing feelings. All men have soul-searching to do. How much have we colluded without intending to? How much have we thoughtlessly enjoyed our privilege? Who among us can say that we are entirely free of our own less spectacular but equally unfair and thoughtless words and deeds? We take the moral high ground with trepidation. There is always something we have overlooked.