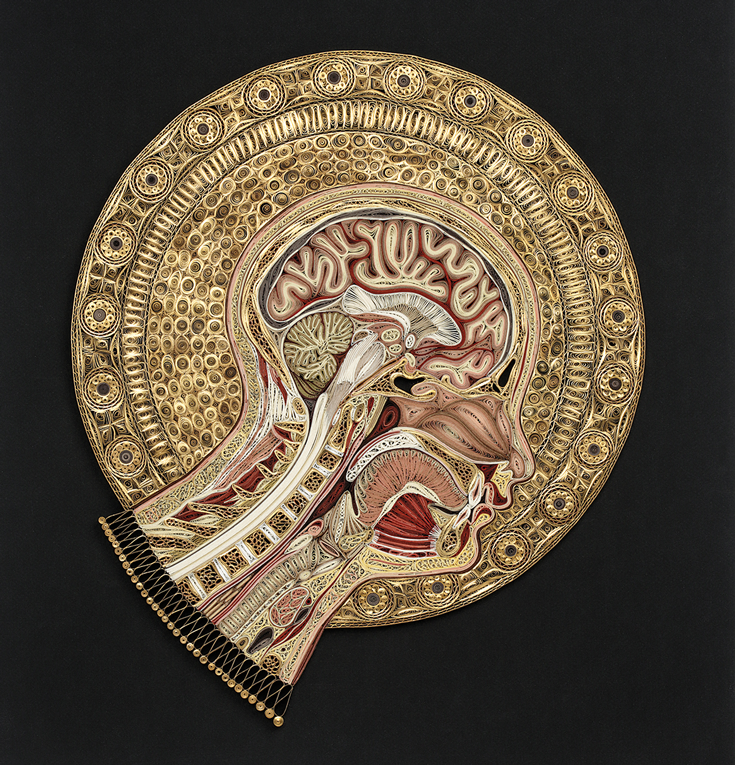 Since 2004, when studies confirmed that expert meditators could consciously induce gamma brain waves that demonstrated increased learning, contemplative training has been linked to neural plasticity, one of the great paradigm shifts in modern neuroscience. News of this linkage launched an industry. Today, the mindfulness movement manifests in ways both serious and downright silly.

Nonetheless, scientific research on meditation remains in its infancy. Meditation as a subject of scientific inquiry traces its historical roots back to the 1930s, with the first published study appearing in 1966. However, much of the research to date has been conducted in the vacuum of laboratories and consequently has neglected the environments, social-relational fields, and cultures in which meditation is practiced. The contexts of a meditator in a particular place and time, including her worldview, metaphysics, and ethics, have not meaningfully informed research on meditation.

To redress this, Meditation, Buddhism, and Science calls for a critical look at the science of Buddhist-informed meditation by situating contemplative research in context. The collection of essays is an outcome of a Contemplative Studies Fellowship from the Mind & Life Institute that brought together scholars in the humanities to think critically about how the convergence of Buddhism and science can advance with a deeper understanding of context. As the editors remark in their introduction, the essays share a “concern that the scientific study of Buddhist and Buddhist-derived meditative practices has been too narrowly construed and often neglects essential social, cultural, and historical contexts.” To consider such contexts requires thinking not only about how forces such as culture, environment, and worldview affect the science of meditation, but also, just as importantly, how these studies are interpreted by the scientific community and reported to the public.

In the 1970s, the science of meditation was dominated by studies on the physiological effects of meditation. Alongside the rise of cognitive psychology that same decade, and with increased interest by therapists in the 1980s, research on meditation has since taken a strong cognitive orientation. The regulation of attention and emotion accessible through Buddhist contemplative techniques has dovetailed with the methods of cognitive therapy. In 1979, Jon Kabat-Zinn started to incorporate mindfulness into a therapeutic program, which he called Mindfulness-Based Stress Reduction (MBSR). Erik Braun, an associate professor of religious studies at the University of Virginia and one of this book’s editors, examines the cultural adaptation of mindfulness in his essay, “Mindful but Not Religious.” Braun makes the point that Kabat-Zinn intentionally uses scientific and secular language to describe mindfulness while retaining some Buddhist elements, arguing that what makes Kabat-Zinn’s approach distinctive is his naturalized use of language to describe mindfulness, particularly the mindfulness of pain, which creates a sense of enchantment that is both Buddhist and secular, sacred and scientific. This enchantment, though not explicity Buddhist, enables mindfulness to resonate with spiritual impulses in American culture.

By 1991, Mindfulness-Based Cognitive Therapy (MBCT) was developed by Zindel Segal, Mark Williams, and John Teasdale as an intervention to help patients recover from depression. In her essay, “Mind the Gap,” anthropologist Joanna Cook from University College London reflects on observations from her fieldwork at a two-year MBCT therapist-training program in the United Kingdom. She is particularly interested in how therapists and practitioners frame mindfulness in relation to science. Based on her discussions with therapists, Cook makes the case that their personal experience of mindfulness practice was placed on par with the evidence of randomized controlled trials, equating quantitative scientific studies with anecdotal accounts. This repeatedly led to the interpretation that meditation and the scientific method are complementary protocols that produce parallel forms of evidence. She suggests that therapists and practitioners frame mindfulness as a method for distinguishing “reality” from “appearance,” not unlike science. She further contends that in developing a decentered perspective—experiencing thoughts as not real, a hallmark practice of MBCT—such categories actually create a new reality rather than revealing what is already present. In so doing, Cook hints at how popular conceptions of science inform understandings of meditation as well as how meditation is being subsumed within modern scientific culture. 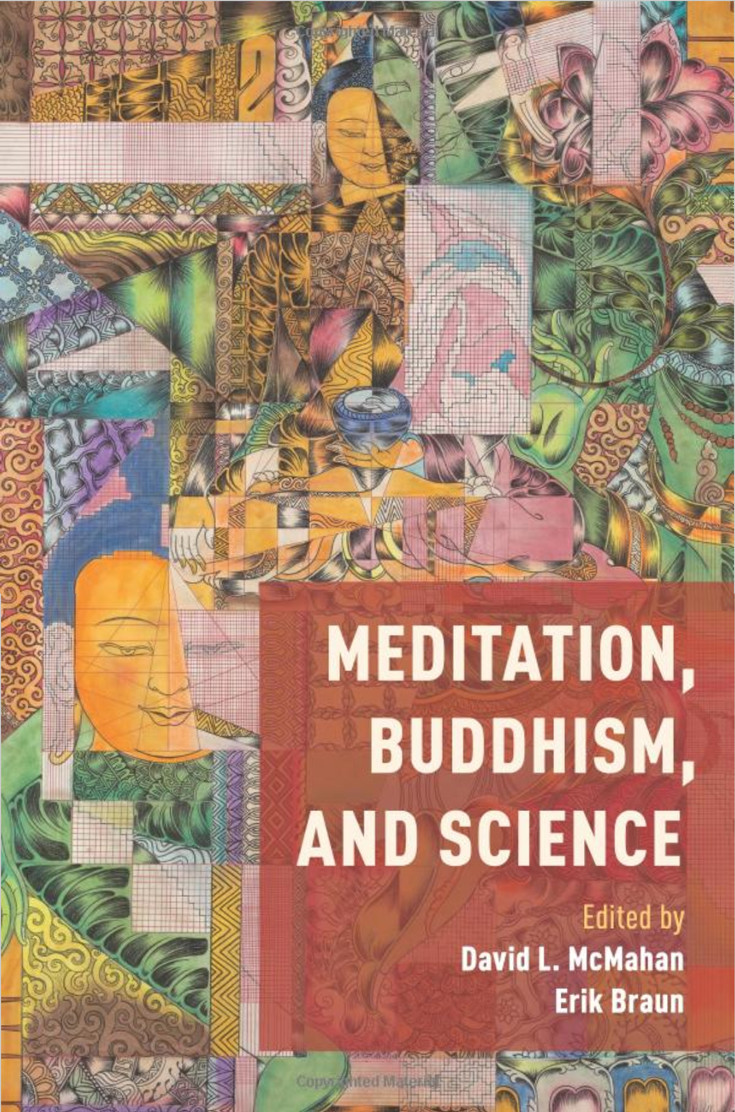 Using the idea of “looping effects,” Evan Thompson, professor of philosophy at the University of British Columbia, discusses how science has created types of meditation that did not exist before. In his article, “Looping Effects and the Cognitive Science of Mindfulness Meditation,” Thompson suggests that popular understandings of mindfulness, which have come to define the modern mindfulness movement, emerged from a loop. First comes the thought that mindfulness is within one’s private mind. Then mindfulness is projected onto the brain; this results in thinking that mindfulness is in the head. Consequently, practitioners develop simultaneous beliefs both that they are separate from their brains, because mindfulness trains them how to control their brains, and that they are their brains, because “mind” is a function of the brain. Thompson suggests this is an unstable way to relate to one’s brain. He argues that any cognitive function, including attention, is not limited to brain areas but rather pertains to the unison of processes within a whole embodied person. The analogy is that just as there is no place in an orchestra where unison resides, so there is no place in the brain where attention resides. Taking it one step further, he suggests that because mindfulness is more than a cognitive function, and it is unlikely that there are one-to-one correlates of particular brain areas to mindfulness meditation, it is a mistake to map mindfulness onto the brain. He calls for a move away from brain-centric reports on meditation studies and toward a science that would give attention to the cultural practices that shape cognitive skills in meditation. To illustrate how cultural practices influence cognitive skills, he cites cognitive ecology, using the example of how Micronesian ship navigation (a cultural practice) was orchestrated by the habits of attending to the stars and reading the sky (cognitive skills), enabling sea travel.

Echoing the call to move away from a brain-centered science of meditation, William Waldron, professor of religion at Middlebury College, raises philosophical questions in his essay, “Reflections on Indian Buddhist Thought and the Scientific Study of Meditation,” in which he gives an introduction to the Buddhist philosophy of mind based on the understanding of the dependent arising of mind with the world. Framing his discussion around this teaching of the Buddha, Waldron makes the point that different ways of knowing the basic sciences—or Buddhism—lead to different answers to core questions. An example used is, why do potato chips make us crave them? A biologist, a psychologist, and a Buddhist will each answer differently. Each way of knowing has its own tools, language, and communities, so to suggest that one is a more valid interpretation is to exclude other ways of knowing the world. Waldron reminds the reader that science, like Buddhism, is a human enterprise, and that as humans we are limited by our interpretations.

Meditation, Buddhism, and Science is as imaginative as it is critical, and its authors deserve praise for pioneering new territory. If we are to probe the depths of context, as these authors suggest we should, we must evaluate the factors that make Buddhism and science different. While Buddhism and science, at least in theory and spirit, share a commitment to discovering the natural world through observation and regulated experimentation, they are different pursuits, with different histories.

Though this collection does not present a single vision or unified voice around the current state of the field, each essay offers a glimpse of the horizon where Buddhism and science interface. And while it may not offer in-depth appraisal of any single meditation practice or tradition, the multiple perspectives represented in the volume serve as stepping stones to guide and move this dialogue forward. If any fault exists, it is that no scientists or meditation researchers are represented in the volume. A hope for the future is that scientists, humanists, and contemplatives will one day collaborate on such a volume.