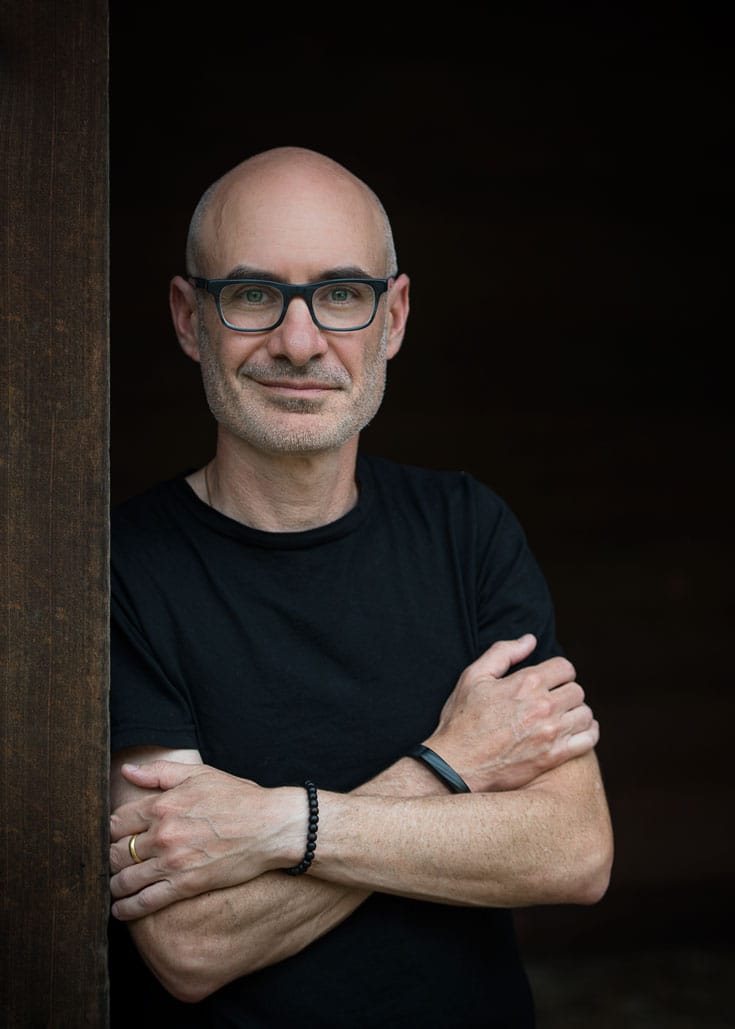 Dan Zigmond, a Zen priest and the director of analytics for Facebook’s News Feed, argues that social media can promote thoughtful and compassionate discussion.

As the director of analytics for Facebook’s News Feed, Dan Zigmond works on the algorithms that decide what more than a billion people read each day. That’s a big responsibility. After the U.S. election, commentators claimed that the News Feed algorithm promoted misinformation and insularity — and in doing so may have swung the election.

Zigmond and his team responded to the flood of fake news by rolling out changes to the News Feed that would combat misinformation. But all this is part of what he says Facebook considers an ongoing project: to create a social network that encourages positive human connection. Zigmond, who is also a Zen priest, holds that goal close to his heart. He talked with me about how to achieve it.

“Fake news” has become a hot topic lately. How long have you been thinking about it?

There’s certainly a lot of attention on it since the US election. That’s in part because there were some very prominent and sensational examples circulating. But it’s something I’ve been thinking about for a long time, and others have been thinking about and working on it for a long time. There have always been hoaxes and misinformation online, and people need to be aware of that.

Previously, the cost of building a newspaper printing press meant that it was more difficult to spread that information on a mass scale. The internet and social networking have broken down barriers and reduced the cost of sharing information substantially, so it’s gotten easier to share the truth and it’s gotten easier to share things that are misleading. It means it’s even more important to exercise mindfulness in the way we relate to each other.

We rolled out a few things. First, we are making it easier for you to report fake news, to report and flag hoaxes. We’ve begun working with third-party fact checkers so that we can flag stories that appear in your news feed that have been disputed by these third parties, to make it easier for people to be mindful and informed.

How can we be more mindful on social media?

The same rules apply as if somebody told you something in the office or on a street corner: don’t believe everything that people tell you, but don’t shut them out without giving them a fair hearing.

Does your background in Buddhism inform, or dovetail with, your work on the News Feed?

From the Buddhist context, we’re all inherently interconnected. One of the great illusions is the sense of an independent self that’s disconnected from the world. Connecting with people can help us break down that illusion and understand that inherent connectedness. In our daily lives, it’s very important to interact with people you meet as if they are a part of you and you are a part of them.

One of the great illusions is the sense of an independent self that’s disconnected from the world. Connecting with people can help us break down that illusion and understand that inherent connectedness.

Facebook’s mission is really about connecting people. By connecting the world, platforms like Facebook can help us realize the connections that already exist between us. I feel that I’m doing that at Facebook. I’m helping people manifest this sense of connection that is so easily lost, and is in some ways the root of so much of our suffering. 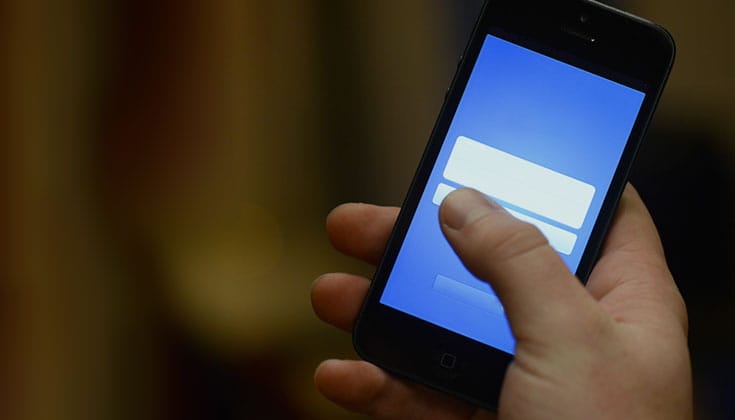 Part of the magic of social networks is that you can read about the experience of people you would never be able to talk to directly, and try to manifest that inherent connection that we have to each other. Their problems are your problems. Their triumphs are your triumphs. Part of that is to really open yourself to these connections that are available and to take them seriously.

Is it possible for Facebook’s algorithms to amplify those more sincere and thoughtful messages?

I think it’s possible. We want to be a platform for authentic communication. We want to be a platform for all ideas. When people feel connected to others, that brings out their best selves. When people feel disconnected, their worst impulses often come out. I think that Facebook and the News Feed can be a very positive force for bringing out the best in people.

What can we do to look beyond our biases and filter bubbles and invite challenging ideas?

The great power of social media is that we can create our own News Feeds based on who we choose to connect with and what sources we choose to follow. It’s really up to you what you want to see. That allows for a tremendous diversity of ideas to circulate and it also comes with a responsibility: to be conscious and deliberate in how we create our social networks.

I would encourage people not to unfriend or unfollow people just because they disagree. Stay connected and keep a dialogue going.

I have friends who are at many different points across the political spectrum, who practice different religions, who are from different countries — so I naturally get the opportunity to see different views, and I try to remain open to them. I try to remain friends with people who are constantly saying things that I disagree with.

I would encourage people not to unfriend or unfollow people just because they disagree. Stay connected and keep a dialogue going.  Click on links that people share. Go beyond the headlines to see what is being discussed, and to come to your own conclusions.

Different viewpoints are never more than a click or two away. But it still requires some effort to find them, and you have to do it. I hope that people will.

We all have certain beliefs that are very important to us and maybe even feel like part of our identity. It is comforting to be told that those beliefs are right and good, and it’s discomforting to have those beliefs challenged. It’s very natural. We all feel that. We just need to be aware of that phenomenon. We need to notice it when it arises and be conscious of how we react.

How can we be more honest and thoughtful online?

It’s a big question. My spiritual training is in the Zen Buddhist tradition. In Buddhism, there is the notion of “Right Speech.” The usual formula for deciding whether something is right to say is whether it’s true, whether it’s necessary, and whether it’s kind. I think those same principles apply to our communication online. If we can remember those things we can have very authentic communication and open communication.

We run into trouble when one or more of those factors isn’t present — when people say things that aren’t true, that aren’t necessary, or that aren’t kind. There will always be people doing that. We’ve all seen conversations that spiral down into vitriolic exchanges. Each of us has the power to step back when we start getting sucked into that and return to principles of how to communicate in a thoughtful and mindful way.

There are people who have never even been to the San Francisco Zen Center, who are part of that sangha because of the presence on social media. For them, it’s the whole sangha.

Sometimes it is easier to lapse into less-kind communication — to be unkind in a way that we never would if we were seeing the person face to face, so I practice imagining that whatever I’m writing, I’m saying to the person face-to-face.

Sangha, the Sanskrit word for “community,” can be considered a sort of social network.

How can we use social media to create sangha?

We often focus on the negatives of technology — that it can create lots of distraction and even isolation. Those are important risks that I worry about personally. But there’s real potential to bring people together and to foster connection.

I’m a member of two temples here — Jikoji Temple and San Francisco Zen Center — and both of them have online components. Both of them post on social media. That helps us maintain a connection. We all have busy lives and maybe can’t get to the temples as often as we’d like. It deepens the sangha to be able to read about what’s happening at the center this weekend, or to be able to livestream a dharma talk. There are other people who have maybe never even been to the San Francisco Zen Center, who are part of that sangha because of the presence on social media. For them, it’s the whole sangha — their whole connection to this place.

How much should we worry about technology mediating or substituting real-world experiences?

I don’t think it’s a substitute. Digital technology can be so easy that it can become a distraction from other things in our lives. In distracting us from other things, it can cause us to lose the sense of connection we have to people in the physical world.

That’s true of all technology. When printed books and newspapers and radio and television all first appeared people had the same concerns. And those concerns had some validity: why would you need to venture out if you had a newspaper delivered and television programming arriving at your house effortlessly? But society didn’t collapse as a result of those technologies. I think it became richer. We have the same risks and the same concerns, but I think we can manage them.

Do you have a vision for the future?

I don’t know that I do. I really value the old and the new. I work at Facebook, which is trying to develop new technologies for bringing people together, and I believe in the work that we do. I also study the dharma — a 2500-year-old set of teachings — and try to understand how that can also help us feel more connected.

To me, the future is always a balance between embracing new ways of addressing the human condition and still remembering old, timeless wisdom.

A middle way. The fundamental truths of our existence don’t really change as a result of technology. It’s important to remember that. There isn’t a panacea to be found in the next app, but that doesn’t mean technology isn’t useful. It has made the world a better place in countless ways. But it all comes back to the middle way.

(An alternate version of this piece is found inside the July 2017 Lion’s Roar magazine.)