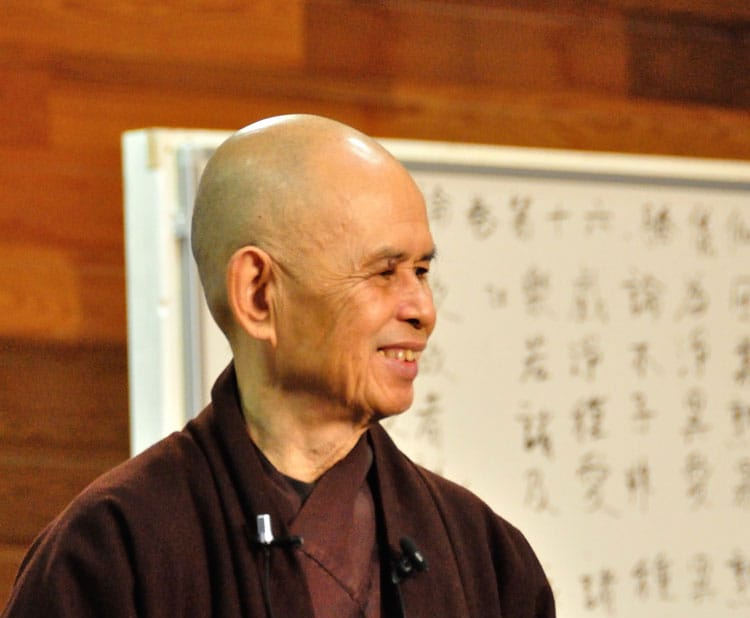 “Thầy is now in a hospital with a highly reputable neurologist monitoring his progress. He is in the right place with the best possible care and attention. New tests have been done. Doctors report that Thầy is showing good progress in terms of remaining stable and not having major changes in his condition during this critical part of his recovery. The area of hemorrhage has not grown and his vital signs are normal.

“In the early morning, Saturday, November 15, Thầy opened his eyes for the first time since his cerebral hemorrhage, to look at his attendants for a brief moment. He was very conscious and attentive to what was happening around him, lifting his left hand to touch the attendant next to him. Since then, he has also opened his eyes several times and his gestures of communication are clearer, nodding or shaking his head to respond. Thầy has been able to rest and sleep peacefully for several hours each day. The doctors are cautiously optimistic and remind us that Thầy’s condition is still in a critical stage and conditions can change at any moment.”