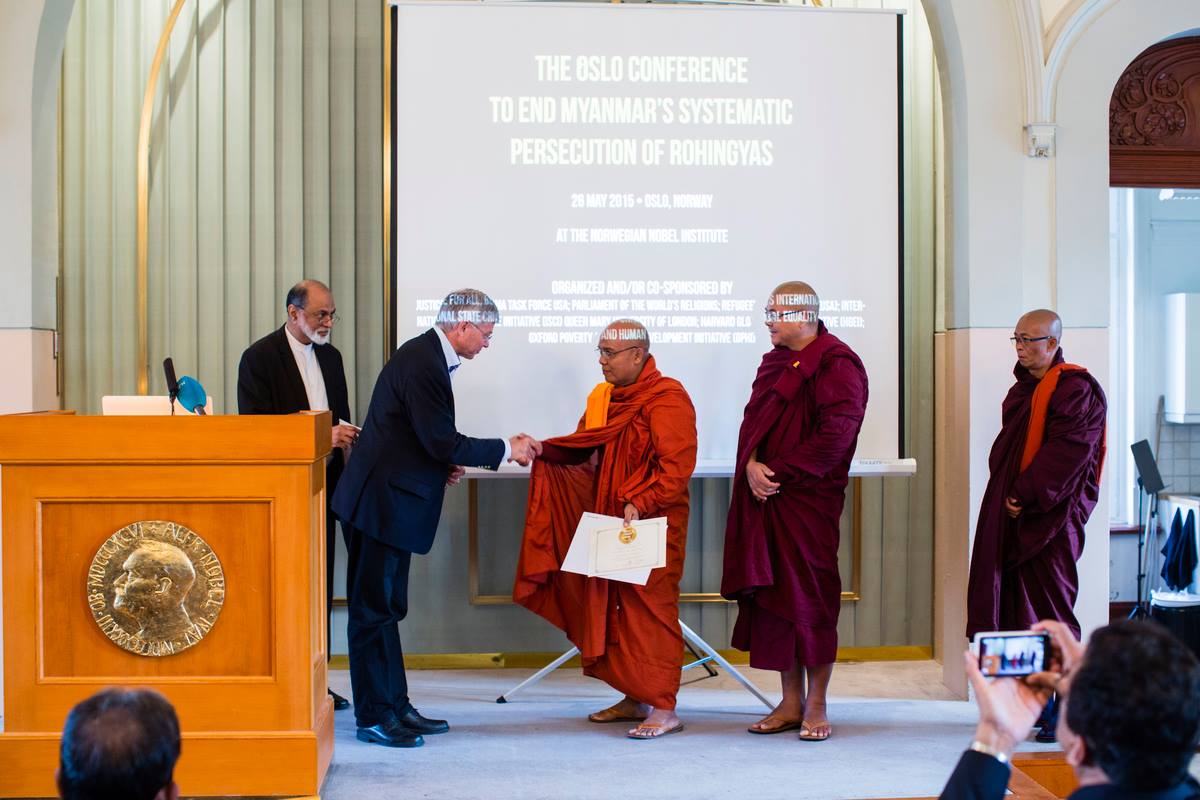 In his comments at the ceremony, Imam Malik Mujahid, Chair of the Parliament of the World’s Religions, said “These extraordinary monks challenge the widespread perception that all Buddhist monks clamor for violence against the Rohingyas.”

Rev. Seindita said “they will have to kill me,” before he would allow aggressors to harm the Rohingya. More than one thousand Rohingya Muslims have found shelter from religious violence inside Buddhist monasteries.

The ceremony was part of a two-day conference which discussed the plight of the Rohingya. At the conference, a group of seven Nobel Peace Laureates, including Desmond Tutu, described the violence against the Rohingya as genocide. Many other religious and political leaders have spoken out against the violence, including a group of Buddhist teachers, Barack Obama, and the Dalai Lama.