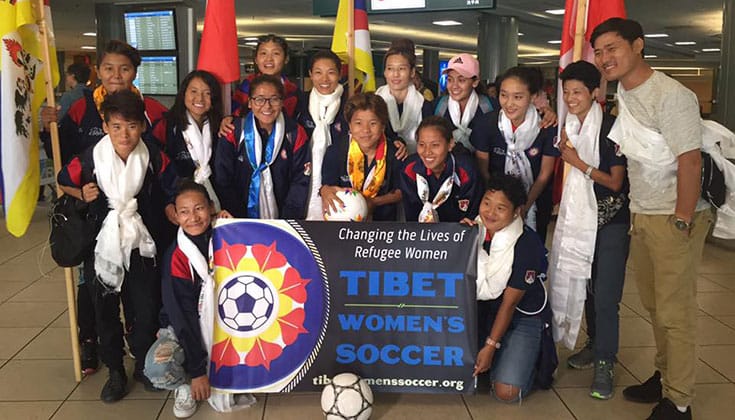 The Tibet Women’s Soccer team became the first female Tibetan team in any sport to play in an international match at the Vancouver International Soccer Festival on July 7.

The team was originally meant to reach this milestone at the Dallas Cup in April, but were denied tourist visas to the United States by the US Embassy in New Delhi, as Lion’s Roar previously reported. The team’s executive director, Cassie Childers, who had worked to prepare each team members individual visa applications and supporting documents, said the only explanation given was that the team had “no good reason to travel to the USA.”

After hearing that the team would not be allowed to travel to the Dallas Cup, Adri Hamael, the founder of the Vancouver International Soccer Festival (VISF), invited the team to Canada to represent Tibet in the tournament, the CBC reported. Childers told the CBC that the team “freaked out” after receiving the invitation. “They were elated. As hard as the day was when we were denied U.S. visas… this is the happy ending to our story,” she said.

Hamael later faced scrutiny for inviting the team to Vancouver. The Canadian Soccer Association (CSA) began requesting “all kinds of additional paperwork, including travel documents for the Tibetan players and a copy of the tournament rules,” Hamael said. He also received an e-mail from the British Columbia Soccer Association (BCSA) on behalf of the CSA, suggesting that if Hamael did not comply with the CSA’s requests, it could affect the insurance status of the tournament.

Hamael believed the CSA was trying to find something to prevent the Tibetan team from playing in the tournament, as Tibet is not recognized by FIFA, the international governing body for soccer. CSA, however, claimed the requests for the names and travel documents of the Tibetan soccer team were “nothing nefarious.”

As a result of the friction between VISF organizers and the CSA due to the Tibetan team’s participation, Hamael cut ties with the BCSA by withdrawing the VISF’s membership and sanctioning. “VISF’s core values are inclusion, respect and equality and by asking for a list of [the Tibetan players] while not requiring a list of all of our participants does not align with our values,” he told the CBC.

The team arrived in Vancouver, B.C. on June 29, and took the opportunity to enjoy their time in Canada before their first match on July 7th. They trained with Canadian soccer player Andrea Neil, and visited the headquarters of LUSH Cosmetics, who have helped fund the team through their Charity Pot program since learning about their “message of equality and empowering women” in 2012. The group was also pictured visiting the Tibetan Buddhist Thrangu Monastery in Vancouver. 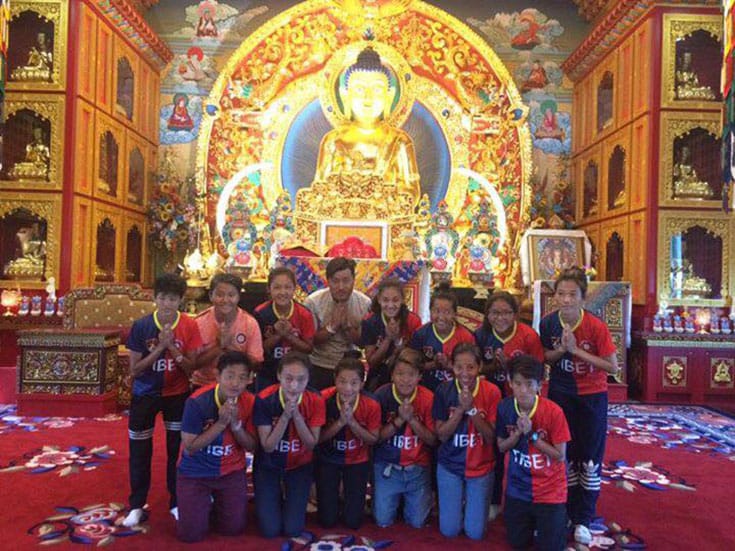 The team first played a friendly game against the Canadian team on July 7th, followed by games against Poland, Iran, and Portugal. During their match against Iran, Tibetan player Api Yang became the first Tibetan woman to score an international goal.

“Team Tibet showed the world today that they can play, they can compete, and that they are Tibetans,” the wrote on their Facebook page. 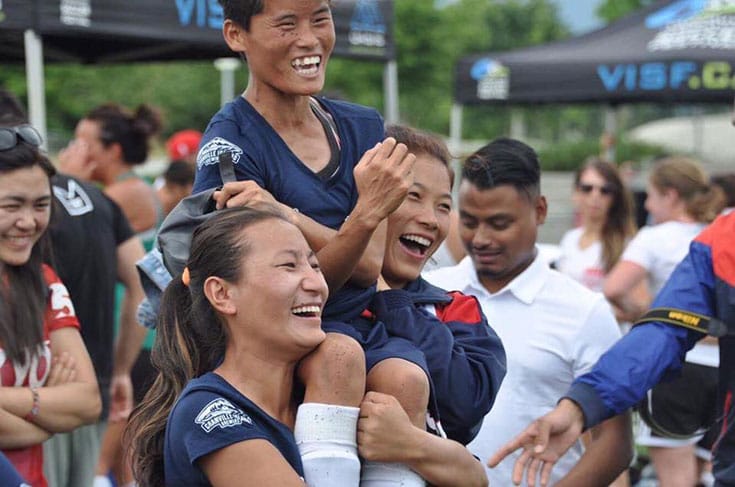 The team celebrating after their first international goal. Photo via Tibet Women’s Soccer on Facebook.

Next, the team will travel to Toronto to play a friendly fundraising match against Master’s Futbol Academy on July 15th, with all proceeds going to the Tibetan Women’s Soccer Team.