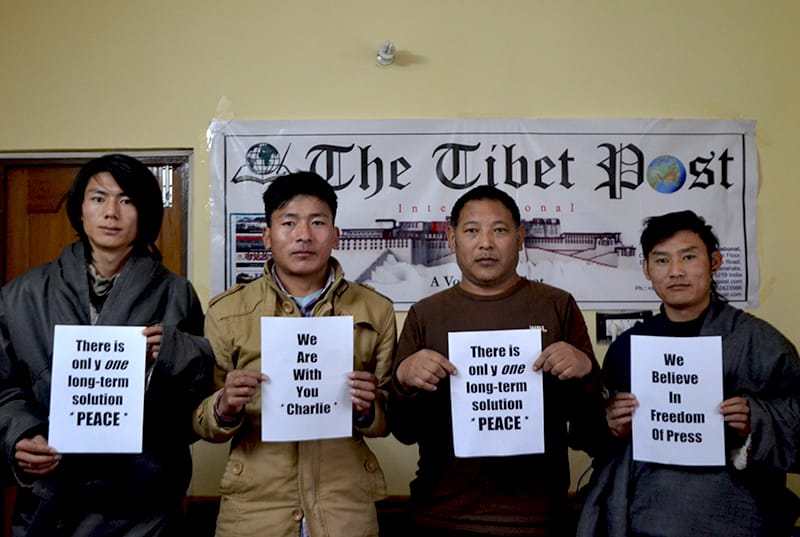 As Tibet Post International reports today, “The Central Tibetan Administration based in Dharamshala, India has expressed deep condolences over the attack on the Charlie Hebdo editorial office in the French capital, Paris, led to the death of more than ten people.”

“Our thoughts and prayers go out to the families of all those who were killed and injured in yesterday’s tragic incident,” the CTA said.

Meanwhile, in another TPI report, we learn that Tibetan media outlets, too, are addressing the violence. “On behalf of my colleagues and myself, I offer our heartfelt and deepest solidarity with the families and friends of the victims of this tragic attack.,” said Yeshe Choesang, editor of Tibet Post International. “We were deeply shocked and saddened to hear about their sudden and tragic loss. It is an attack on the peace-loving people of the world who defended the freedom of expression and freedom of the press.”

Additionally, Reporters Without Borders secretary-general Christophe Deloire said, “We weep for the victims of today’s horrific attack on Charlie Hebdo, who include the cartoonists Charb, Cabu, Tignous and Wolinski and Bernard Maris.”