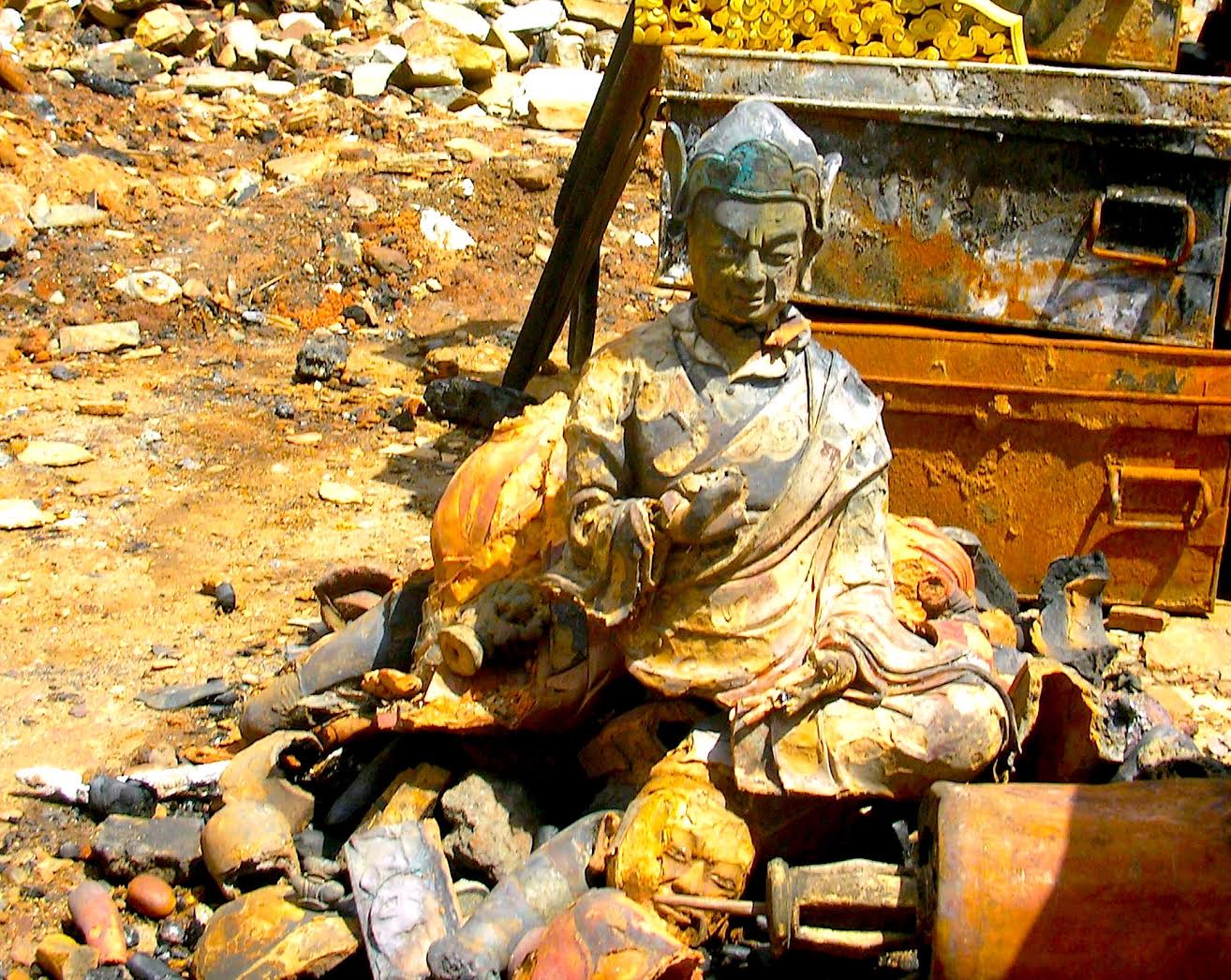 Launched in 2014 by Ann Shaftel, an art conservator, the project trains “treasure caretakers” such as monks and nuns in techniques such as digital documentation of precious objects, video interviews of elders, risk assessment and disaster management.

The project works with monasteries, museums, and universities in India, Bhutan, Nepal, Europe, and North America to help protect Buddhist art such as paintings, statuary, costumes, instruments, and other sacred objects. Participants are also trained to use smartphones and tablets to interview elders.

“Elders hold the history of the object in the oral history tradition. If an elder dies and their story is not recorded, then the history of that object can be lost to future generations,” says Ann Shaftel, the Project Director.

His Holiness the 17th Karmapa, Ogyen Trinley Dorje, one of the project’s advisors and mentors, along with Pema Chödrön, spoke of the need to preserve and protect sacred Buddhist art. “It is of great concern to me that over the last sixty years so much of the priceless heritage of Tibetan Buddhism has vanished, not just through theft and deterioration, but because of lack of knowledge and skill in preservation. Over the last twenty years alone far too many irreplaceable works of art such as thangkas, statues, dance costumes, texts, and other sacred artifacts have been lost to future generations.”

“At our monastery we monks take turns to look after our valuable things,” said Venerable Khenrab Senge, a Tibetan monk who took part in a training session in Sikkim, India in 2014. “Because of this training I learned that there are many modern and easy ways to protect our monasteries’ valuable treasures which can reduce the risk of damage, loss and theft, and keep our treasures protected and safe for many years.”