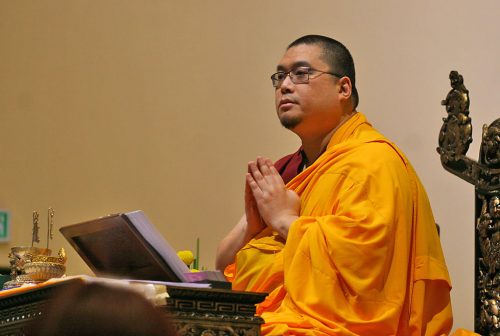 Buddhist teacher Tsem Tulku died on September 4 after a long struggle with illness, according to a post on his Facebook page. Tsem Tulku authored a number of commentaries and books on Buddhism, and was a popular Buddhist figure on social media, with hundreds of thousands of fans on Facebook and millions of views on YouTube.

Tsem Tulku was an outspoken supporter of the Tibetan Buddhist practice of Shugden worship, which is discouraged by the Dalai Lama and the Central Tibetan Administration, and as such he was regarded by some as controversial.