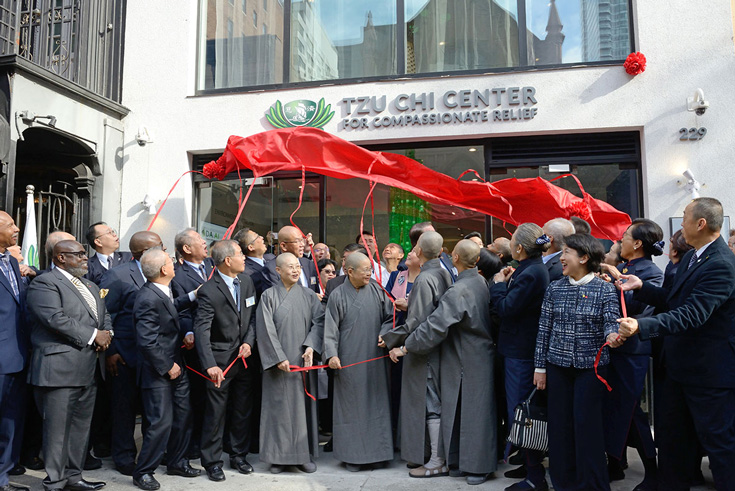 The new center is situated in the Upper East Side of Manhattan, near the United Nations Headquarters. The introduction of the center featured an opening ceremony, keynote speakers, and dharma masters from Taiwan. The event also celebrated Tzu Chi USA’s 30th anniversary.

Tzu Chi, founded in 1966, is a Taiwanese international humanitarian organization with locations in over 47 countries. Their first chapter in the United States was established in Alhambra, California in 1989. Today, Tzu Chi USA has 57 offices and facilities in the U.S. working towards its mission to “relieve the suffering of those in need” by providing charity, medical care, education and humanities in their own communities and throughout the world.

New York City Council Member Peter Koo was present at the grand opening of the center, along with Audrey Kitagawa of the Parliament of the World’s Religions.

The public is invited to visit the Tzu Chi Center for Compassionate Relief at 229 E 60th Street, New York, NY.