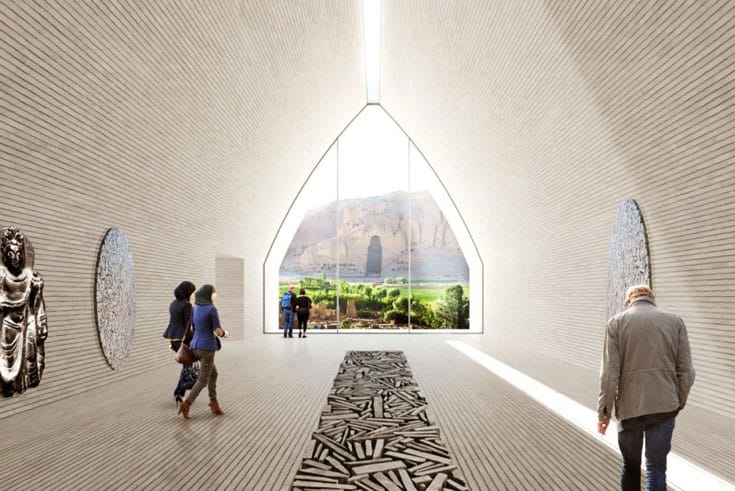 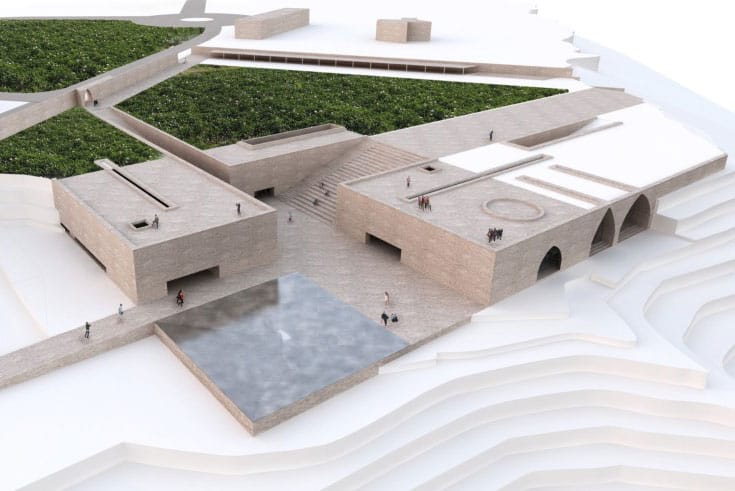 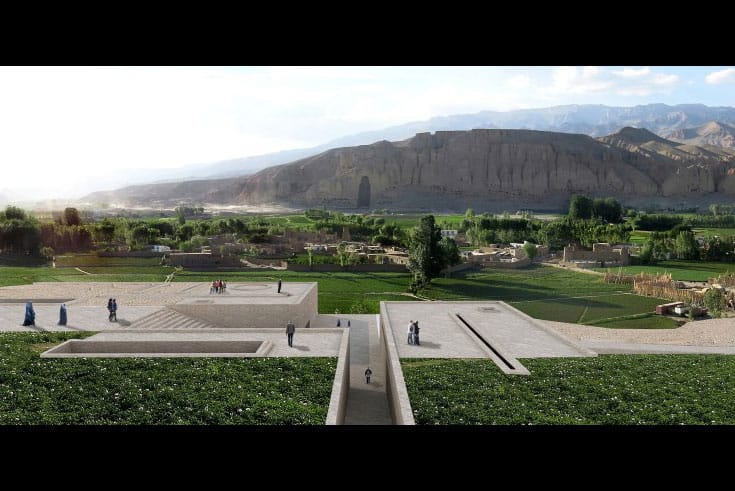 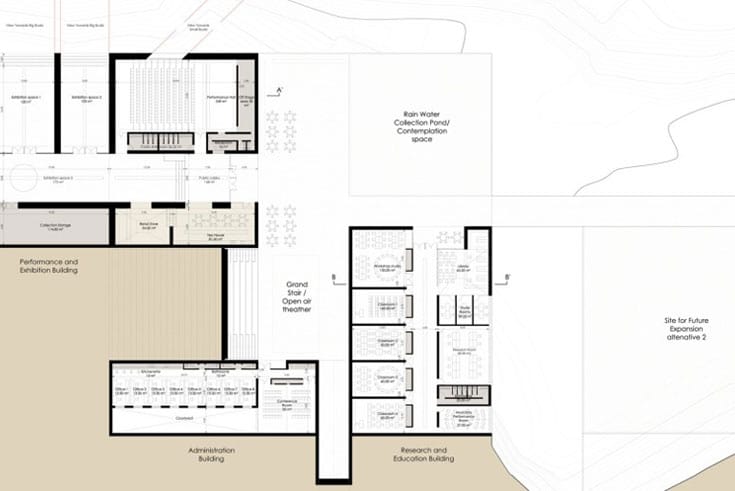 UNESCO has revealed the winning design for a cultural center to be located near the the famous Bamiyan Buddha statues destroyed by the Taliban in 2001. All that remains of the statues, today, are two massive cavities in the cliff. The Shambhala Sun article, “Buddhist Treasures of Afghanistan,” describes the rich, diverse history of the region, giving context to the destruction of the statues. Today, the sense of heritage in Bamiyan remains strong despite the ruins. UNESCO, and the winning designers—Carlos Nahuel Recabarren, Manuel Alberto Martínez Catalán, and Franco Morero, of Argentina—are working to celebrate that culture.

“The Bamiyan Cultural Centre seeks to create a new vital centre for communicating and sharing ideas. Therefore, our proposal tries to create not an object-building but rather a meeting place; a system of negative spaces where the impressive landscape of the Buddha Cliffs intertwine with the rich cultural activity that the centre will foster. The Bamiyan Cultural Centre then is not a built but rather ‘found’ or ‘discovered’ by carving it out of the ground. This primordial architectural strategy creates a minimal impact building that fully integrates into the landscape, takes advantage of thermal inertia and insulation of the ground and gives a nod to the ancient local building traditions.”