On Monday, a second annual Vesak celebration was held at the White House honoring the birth, enlightenment, and death of the Buddha. 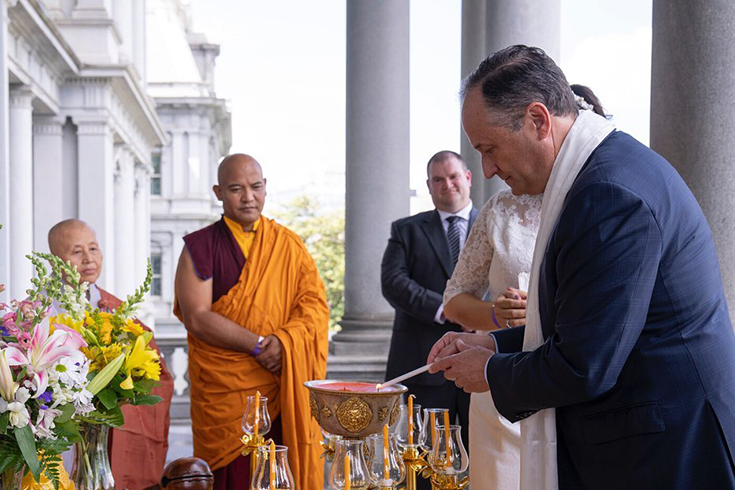 The White House shared a statement from US president Joe Biden on Monday and held its second annual celebration in recognition of Vesak, a Buddhist holiday that celebrates the birth, enlightenment, and passing of the Buddha. The statement from President Biden reads:

Jill and I extend warm wishes to Buddhists in the United States and around the world as they celebrate Vesak. This sacred day is a time to reflect on the Buddha’s teachings, including the need to work for peace and justice, recognize our common humanity, respect and preserve the nature that surrounds us, and cultivate humility and compassion. The Buddha taught that we are but guests visiting this world, and for over 2,500 years, those who adhere to these teachings have enriched and strengthened this world we share. As we mark Vesak, we honor the American Buddhists who contribute so much to our country and advance our common values.

This year’s ceremony at the White House marks its second annual Vesak celebration, with the first held in 2021. According to a press release from the International Buddhist Association of America (IBAA), Second Gentleman Mr. Douglas Emhoff presided over the ceremony along with White House staffers who are committed Buddhists. 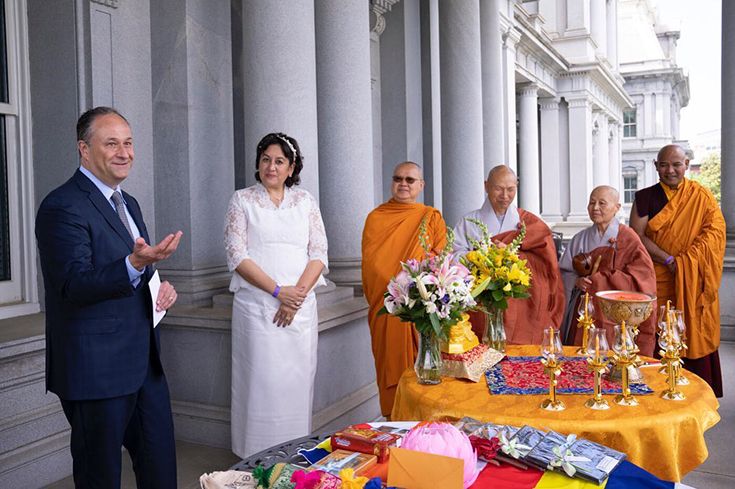 “It is wonderful to have representatives of all the Buddhist traditions in America gather for a second time in the White House to offer prayers for world peace and inner harmony,” Wangmo Dixey commented in IBAA’s press release. “In these difficult times, it is of great value to be able to gather in this way, not only on behalf of Buddhists in America, but on behalf of Buddhists worldwide and for all sentient beings. I am sure it will be a cause for great celebration and happiness in communities all over the globe.” 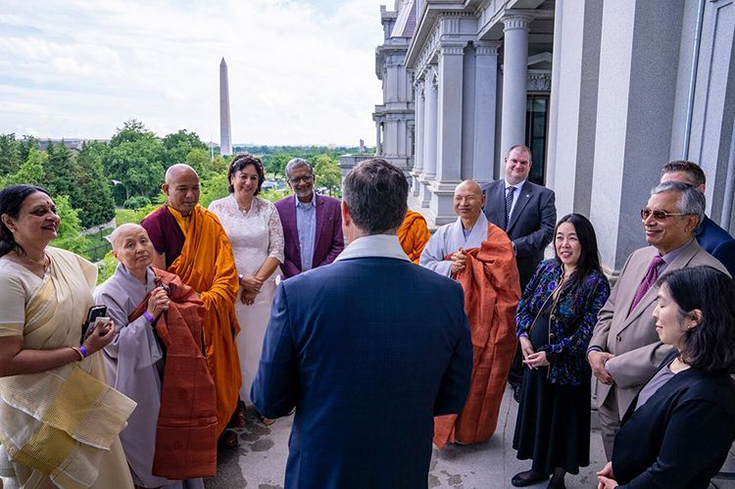