The U.S. State Department declared that the persecution of Myanmar’s Rohingya people constitutes ethnic cleansing, but stopped short of alleging crimes against humanity or genocide, either of which would carry legal ramifications. 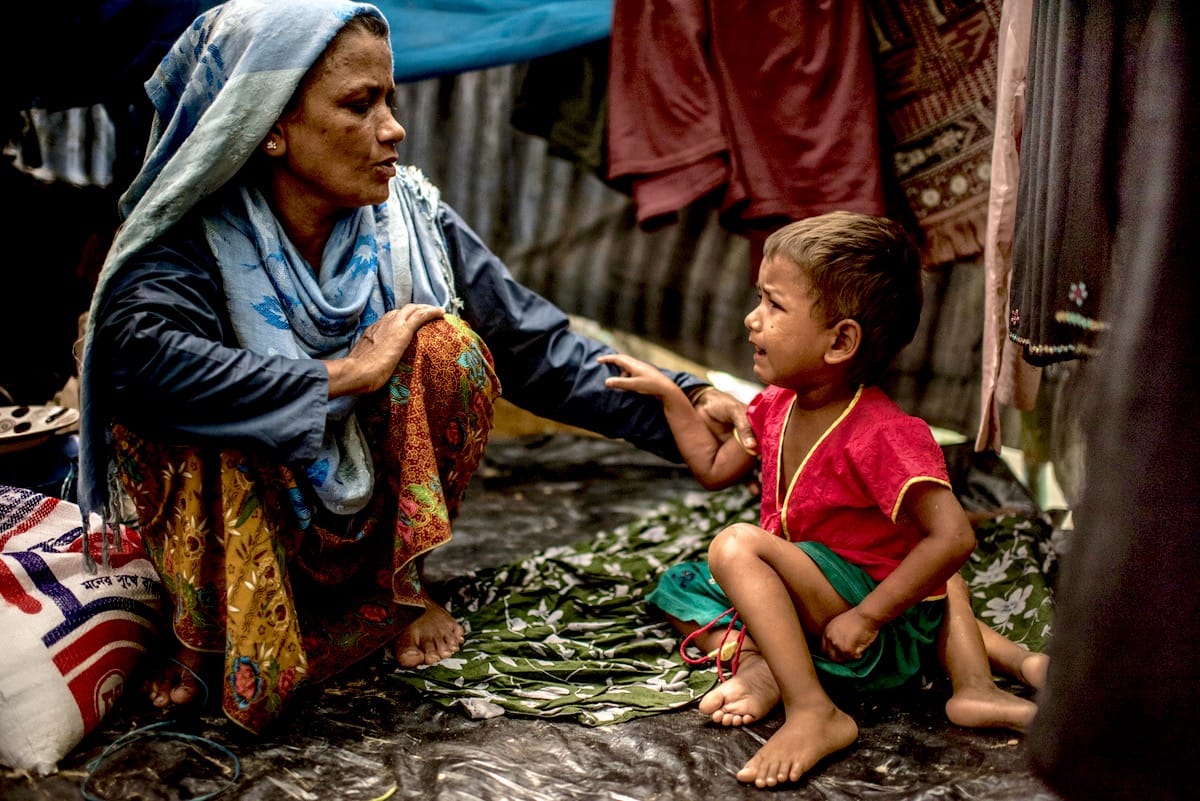 On Wednesday, the United States declared that the violence against the Rohingya — a predominantly-Muslim ethnic group in Myanmar — clearly constitutes “ethnic cleansing.”

“After a careful and thorough analysis of available facts, it is clear that the situation in northern Rakhine state constitutes ethnic cleansing against the Rohingya,” U.S. Secretary of State Rex Tillerson said in a statement.

Hlaing oversees military operations in Rakhine state where Human Rights Watch reported 288 villages were destroyed between August 25 and September 25. So far, more than 620,000 Rohingya have fled to neighboring Bangladesh to seek refuge.

The United Nations concluded in September that the crisis in Myanmar met the threshold of ethnic cleansing. The U.S. declaration comes after a months-long review by the Trump administration.

The State Department also examined whether the crisis met the threshold of crimes against humanity or genocide — both of which carry legal consequences. Ethnic cleansing is not an independent crime under international law.

Time reported that while there is no obligation to act, Tillerson said the U.S. is considering sanctions against those who perpetuated the violence. However, there will be no broader sanctions against the nation of Myanmar for fear of undermining its civilian government, which could slow the transition away from decades of military rule.

Following the announcement, the U.S. suspended travel for American officials to parts of the Rakhine state due to concerns over potential protest. Tillerson blamed “local vigilantes” and security forces in Myanmar — also known as Burma — for the crisis.

On Thursday, Myanmar and Bangladesh signed a preliminary agreement to begin repatriating refugees who have fled the country. But Amnesty International’s Director for Refugee and Migrant Rights, Charmain Mohamed, said she doubts that the Rohingyas will experience a safe or dignified return while “a system of apartheid remains” in Myanmar.

This led to a military crackdown on the Rohingya people in which soldiers and Buddhist mobs have killed men, raped women, and burned properties — all in the name of “clearance operations.”

Civilian leader and former Buddhist peace activist, Suu Kyi, rejected the U.N.’s decision earlier this year to investigate alleged crimes against humanity in Myanmar. She said the investigation would create further divisiveness in the country.

In September, more than 200 Buddhist teachers and leaders signed a letter calling for Myanmar’s Buddhist leaders to end the Rohingya crisis.