In January, vandals threw a 25-pound rock through the face of the terracotta Buddha head in Salt Lake City’s Sugarhouse neighborhood. 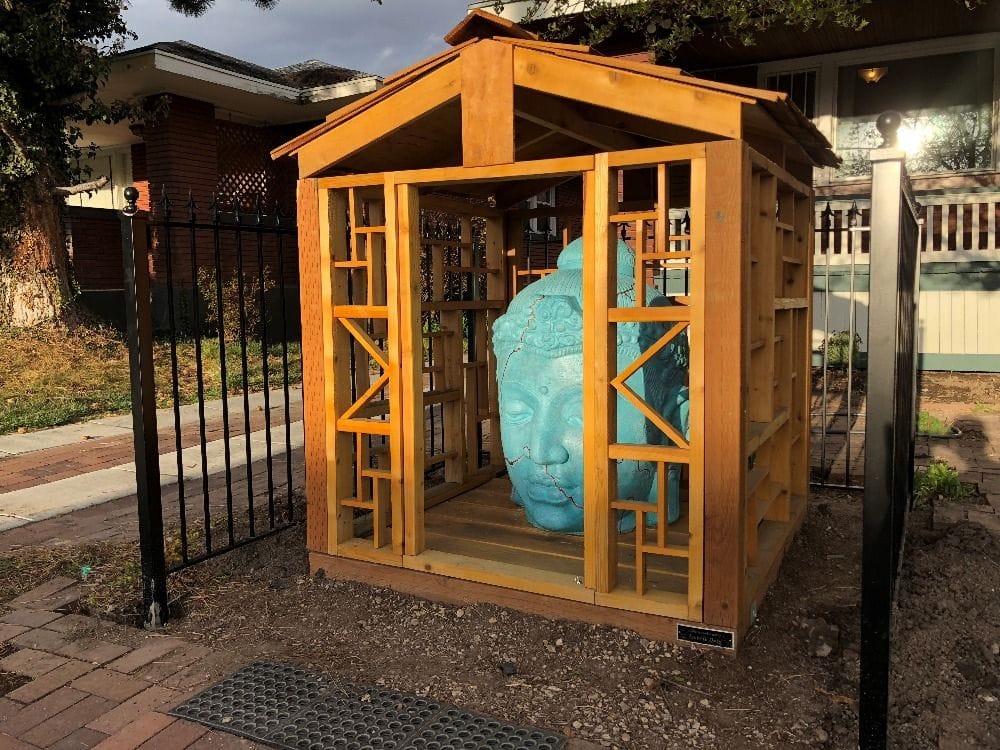 Approximately 100 people attended a rededication ceremony Sunday for a Buddhist shrine in Salt Lake City that was rebuilt after a vandalism.

In January 2018, only a month after the shrine — known as the “Buddha on 9th” — was built, vandals threw a large rock through the face of the terracotta Buddha head. The vandals also stole a crown that sat on top of the Buddha’s head.

The shrine’s curator, Zen Buddhist practitioner Benjamin Dieterle, collected donations to replace the statue and add security features, fundraising $3,700 from 133 donors through GoFundMe. As a whole, the project cost roughly $8,000. 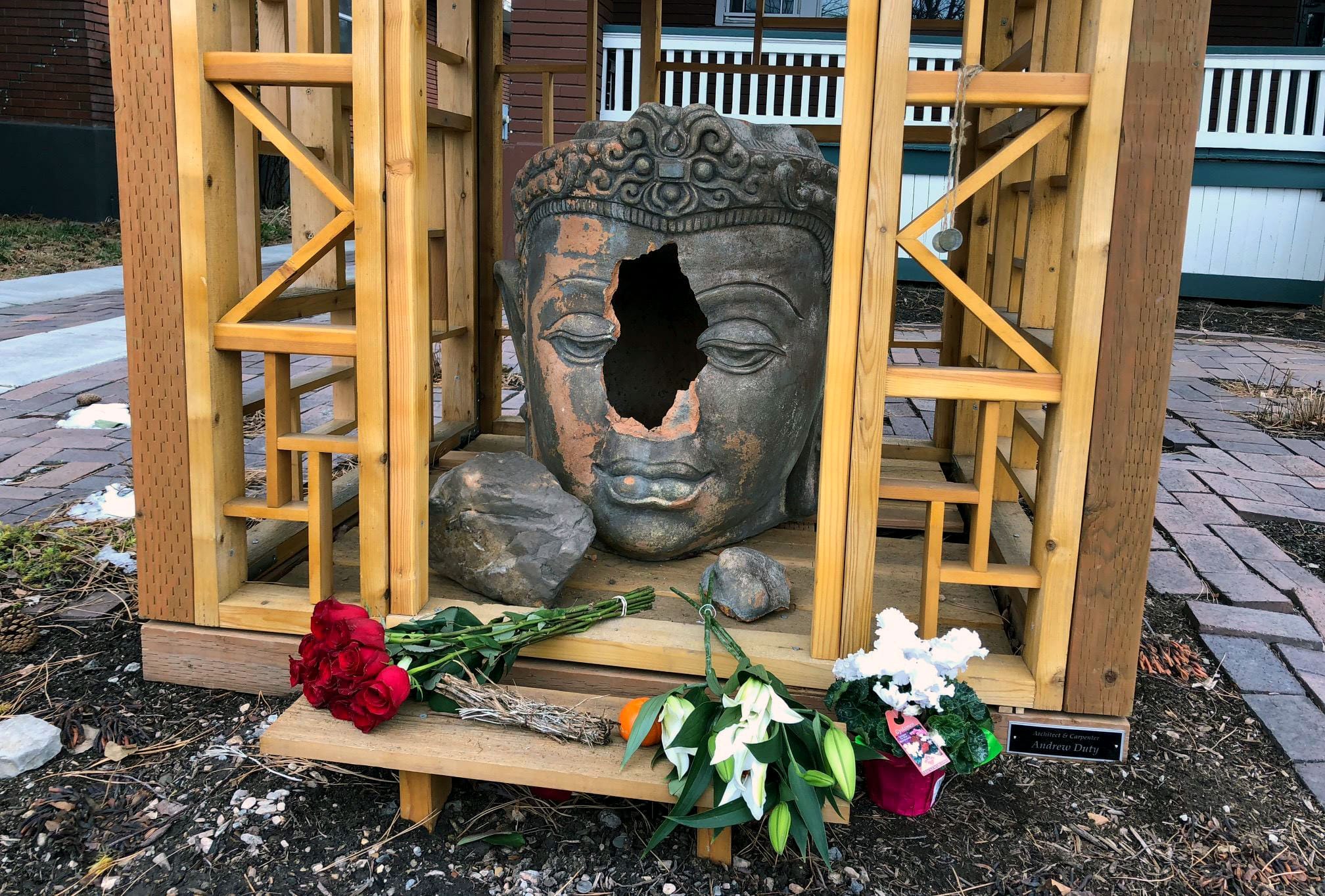 Members of the community left flowers for the damaged Buddha. Photo via Photo via Buddha on 9th on Facebook.

The original shrine opened in Dieterle’s front yard in November and was dedicated to the community by local Zen Buddhist teacher Michael Mugaku Zimmerman of the Two Arrows Zen Center of Salt Lake City.

After the sculpture was vandalized, Dieterle hired local sculptor Eric Wilson to craft the new statue. The new version is made of reinforced concrete and was cast from the shrine’s original Buddha head. It features intentional cracks that have been filled with copper, reminiscent of kintsugi, the Japanese art of mending broken pottery with precious metals.

First look at new Buddha on 9th statue receiving final coat of sealant and intentional cracks being filled with copper….

“The shrine is now open, bigger and better than ever,” Dieterle wrote in a GoFundMe update.

“I hope you will make the pilgrimage out there from time to time and see what it’s all about.”

Last year, a Buddha statue in Los Angeles was repeatedly vandalized, and in March of this year separate vandalisms occurred in Ottawa and Florida.