One of the many graces of I’m Your Man, Sylvie Simmons’ new biography of Leonard Cohen, is that she has excavated some choice pieces of wry wisdom from years of Cohen’s sessions with his intimates and the press. Herewith, a few enduring Cohenisms. 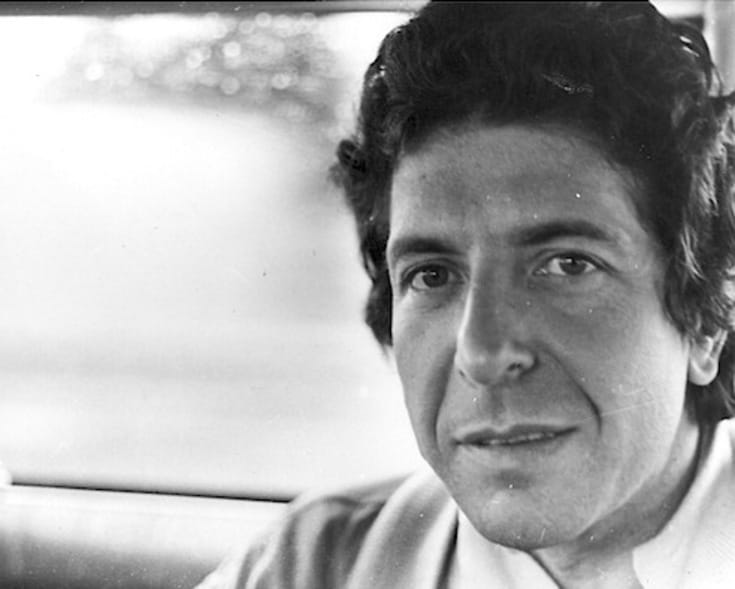 Leonard Cohen in the back of a cab in New York City, 1972. Photo courtesy of Mike Jahn.

“There’s no point in refusing to acknowledge the wrathful deities. That’s like putting pants on the legs of pianos like the Victorians did. The fact is that we all succumb to lustful thoughts, to evil thoughts, to thoughts of torture.”

“The more we conquer pain, the more pain we incur on a higher level.”

“I think people recognize that the spirit is a component of love. It’s not all desire, there’s something else. Love is there to help your loneliness, prayer to end your sense of separation with the source of things.” (Talking about his album Various Positions.)

“I don’t know which side everyone’s on anymore, and I don’t really care. There is a moment when we have to transcend the side we’re on and understand that we are creatures of a higher order,” Cohen told a crowd in Poland in 1985. (He had declined to stand onstage with Lech Walesa, even though his song “The Partisan” had become something of an anthem for the Solidarity movement.)

“Look, nobody enters a Zen meditation hall to affirm his health. You enter because you have a doubt and because you want to study how the mind arises. So they make you sit still for seven days, and finally you get so bored and fatigued with your mind that you might be lucky enough to let it drop for a second. As soon as that mind is at rest, the Mysteries manifest as reality.”

“War is wonderful,” Cohen said to Zig-Zag magazine in 1974, after playing for Israeli soldiers in the Sinai. “They’ll never stamp it out. It’s one of the few times people can act their best. It’s so economical in terms of gesture and motion, every single gesture is precise, every effort is at its maximum. Nobody goofs off. There are opportunities to feel things that you simply cannot feel in modern city life.” (A typical provocation, perhaps, but also an indication of part of what drew him toward the Zen life.)

“Marriage is the hardest spiritual practice in the world. People wonder how anybody can sit on Mount Baldy for hours on end, weeks, months, even, but it’s nothing compared to marriage. If you’re really there, really present for marriage, it’s self-reflection, twenty-four/ seven.” (To his almost-wife, Rebecca de Mornay, in the early 1990s.)

“As to my own work, inhabiting the great scheme of things and knowing you’re going to leave pretty soon, you know that whatever you’re doing is tiny as hell, but on the other hand it’s your work, so you treat it with respect.”