The Vatican yesterday used the occasion of Vesakh—the sacred month of the year in which Buddhists worldwide honor the birth, enlightenment, and passing away of Shakyamuni Buddha—to issue its annual greeting message to the Buddhist community. 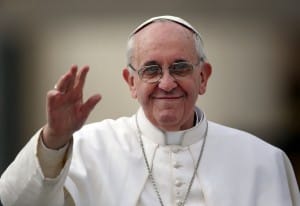 Keying off Pope Francis’s recent address on the World Day of Peace, the message was entitled, “Buddhists and Christians: Together Fostering Fraternity.” Some of Pope Francis’s words are incorporated in this uplifting excerpt:

“Our world today is witnessing a growing sense of our common humanity and a global quest for a more just, peaceful and fraternal world. But the fulfillment of these hopes depends on a recognition of universal values. We hope that interreligious dialogue will contribute, in the recognition of the fundamental principles of universal ethics, to fostering a renewed and deepened sense of unity and fraternity among all the members of the human family. Indeed, [Pope Francis said], ‘each one of us is called to be an artisan of peace, by uniting and not dividing, by extinguishing hatred and not holding on to it, by opening paths to dialogue and not by constructing new walls! Let us dialogue and meet each other in order to establish a culture of dialogue in the world, a culture of encounter!’.

“To build a world of fraternity, it is vitally important that we join forces to educate people, particularly the young, to seek fraternity, to live in fraternity and to dare to build fraternity. We pray that your celebration of Vesakh will be an occasion to rediscover and promote fraternity anew, especially in our divided societies.”

Visit here to read more of the Vatican’s Vesakh message.