What happens at a Buddhist funeral? 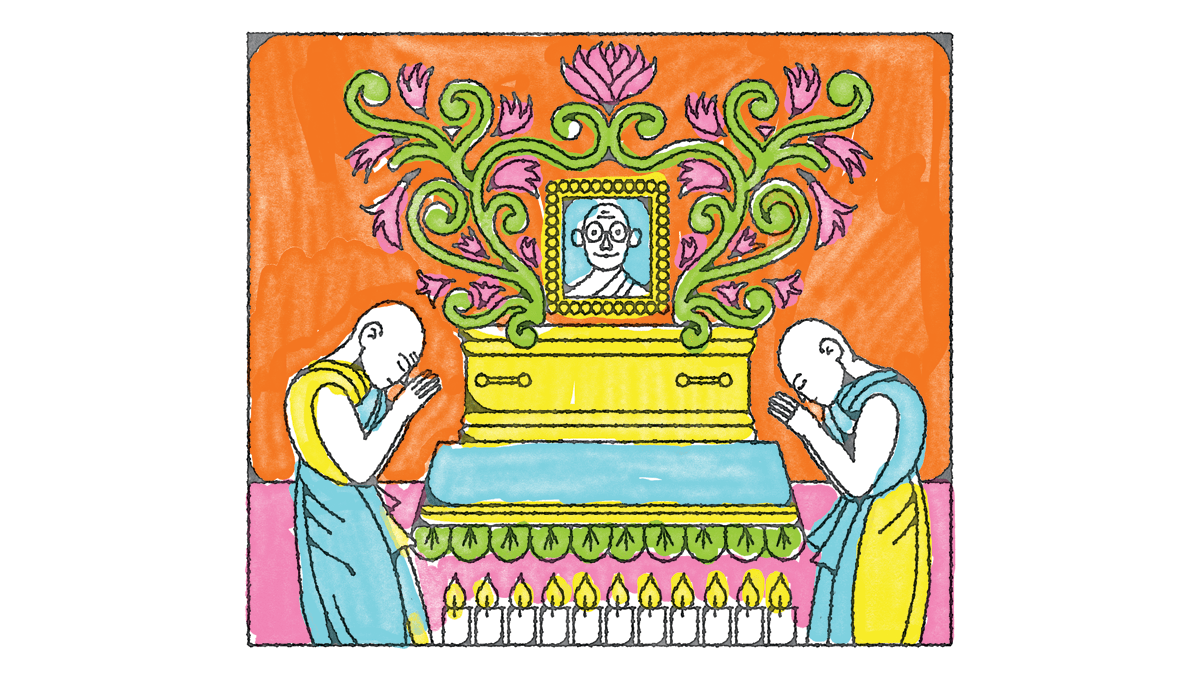 There is no universal liturgy for a Buddhist funeral. As a result, the outer form of the rites varies from tradition to tradition, usually borrowing from the cultural norms of the country where the particular branch of Buddhism originated.

There are some commonalities, however, having to do with the Buddhist understanding that the consciousness continues beyond death. The Buddha indicated in the Pali Canon that clinging to the departed is not generous to them because it will not help them on their journey. It is considered more helpful to think of the needs of the person who has passed away than to focus on your own loss.

A wake is often held for several days where people spend time with the body meditating or chanting. At this time, we let go of regretting that the person has died and wishing for them to remain and maintain a mind of equanimity and compassion. It is understood that during the period immediately following death, a person’s consciousness can roam quite freely and if those close to the deceased cling to them, their journey through the passage between this life and the next may be filled with regret and fear. Whatever their outer form, at their core most Buddhist rites encourage the attitude of letting go of the person completely, celebrating their life, and wishing them a fearless passage into the next life.