When I see statues and pictures of the Buddha, he often has a bump or a spire on the top of his head. What does that represent? 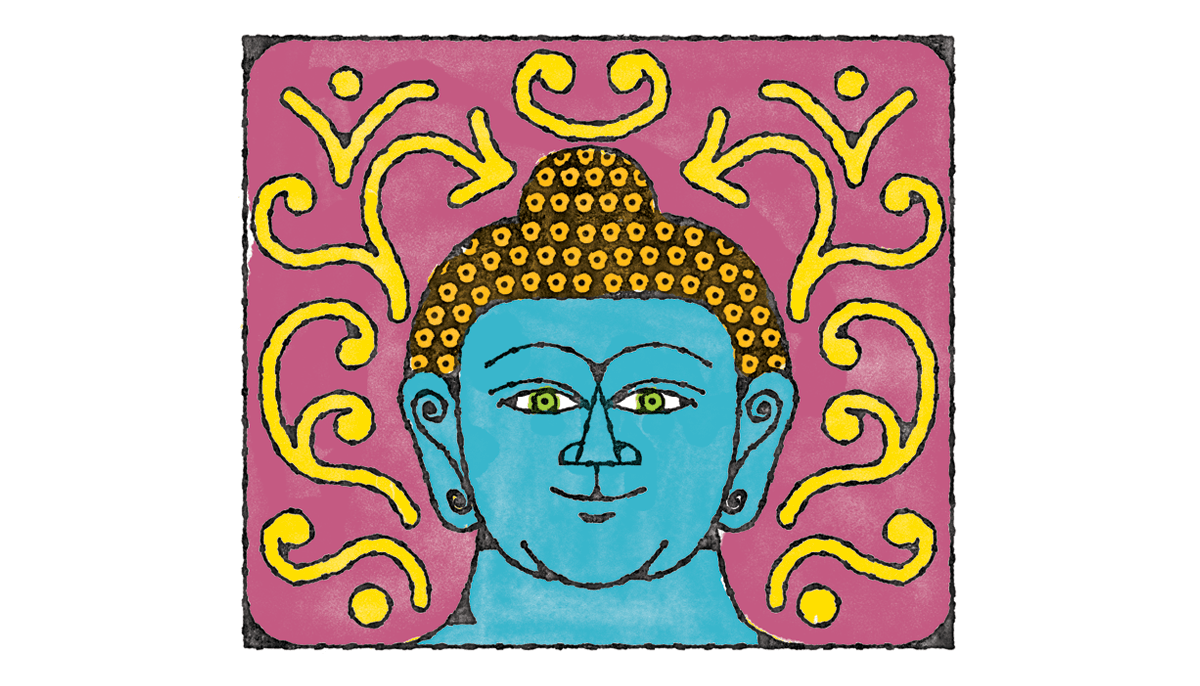 Generally, paintings and statues of the Buddha (and other great Buddhist figures) are not meant to represent a historical figure literally, as the statue of a president or general might. They are intended to symbolize the spirit of the Buddha—his realization and attainment as an ideal to be sought after—and often include features similar to the halos and other signs of spiritual power seen in Christian iconography.

The protuberance at the top of the Buddha’s head is known as the ushnisha, literally “turban.” This is one of the traditional thirty-two marks of the physical body of a buddha (some of which, if taken literally, would make him look pretty monstrous). The ushnisha appears as round, conical, pointed, or flamelike, depending on the sculptural tradition. Most commentators see it is a kind of crown, depicting regalness and the supreme power of the Buddha’s enlightenment. When it’s a flame, it is said to represent spiritual energy. As for the historical Buddha, as far as we can determine he had a round, shaven, and quite normal head.