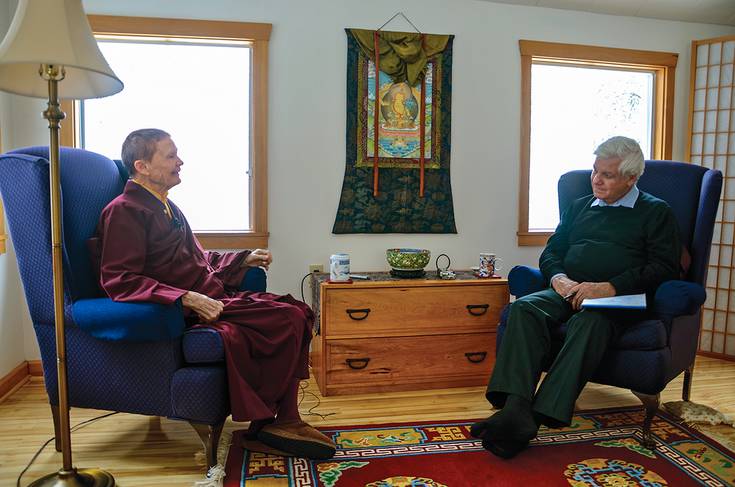 In an exclusive interview with Pema, conducted at her home, Gampo Abbey, in Nova Scotia, she talks about what it means — and why it’s important — to enjoy our lives. From Lion’s Roar’s Pema Chödrön: A Special Collector’s Edition.

I notice there’s a sign in the entrance to Gampo Abbey that says “Enjoy Your Life.” We don’t usually think of that as a spiritual teaching, but as we noted in a recent issue of Lion’s Roar, enjoying your life is really a transformative practice. But it’s hard for many of us to do.

It’s a great sign to have in a Buddhist monastery. Right away, it presents a paradox: Aren’t you here to escape all that hedonism? Aren’t you here not to seek enjoyment from outer things? 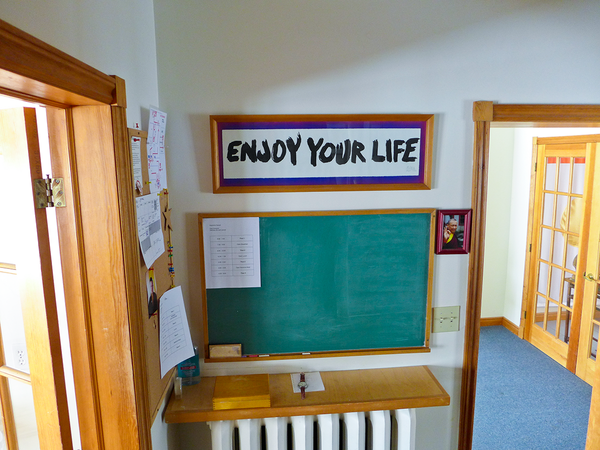 The answer is yes, that is why you’re here. So in that case, what does “enjoy your life” mean, if it doesn’t mean getting your pleasure and sense of wellbeing from external things, including people and relationships as well as material goods?

You know who said it best? Leonard Cohen. He meditated all those years at Mt. Baldy Zen Center, often for twelve hours at a time. In an interview, he said his storyline just wore itself out. He got so bored with his dramatic storyline. And then he made the comment, “The less there was of me, the happier I got.”

That’s the answer to how to enjoy your life. It’s to show up and have a sense of curiosity about whatever might appear that day, including it all in your sense of appreciation of this precious human birth, which is so short. I don’t want to call it delight, although it can feel like that. It’s more curiosity. Some people say, I know what’s going to show up today—the same old thing. But it’s never really the same old thing. Even in Groundhog Day, every day was a different experience for Phil, until finally he learned that caring about people was the answer.

This is actually a big point, because the less there is of you, the more you’re interested in and curious about other people. Who you live with and who you rub up against and who you share this world with is a very important part of enjoying your life.

Sartre said, “Hell is other people,” but this is the other view of that. When people irritate you, when they get your goat, when they slander you, whatever it might be, you still have a relationship with them. It’s interesting that of all the billions of people on the earth, they’re the particular ones who came into your world. There’s respect for whatever happens, and this is only really possible if you’re not rejecting whole parts of your experience.