“How did we get here?” asks Christopher Ford, the former Assistant Secretary of State for International Security and Nonproliferation, who resigned following Wednesday’s attack on the Capitol. He explains why our current political culture is in need of some dharma. 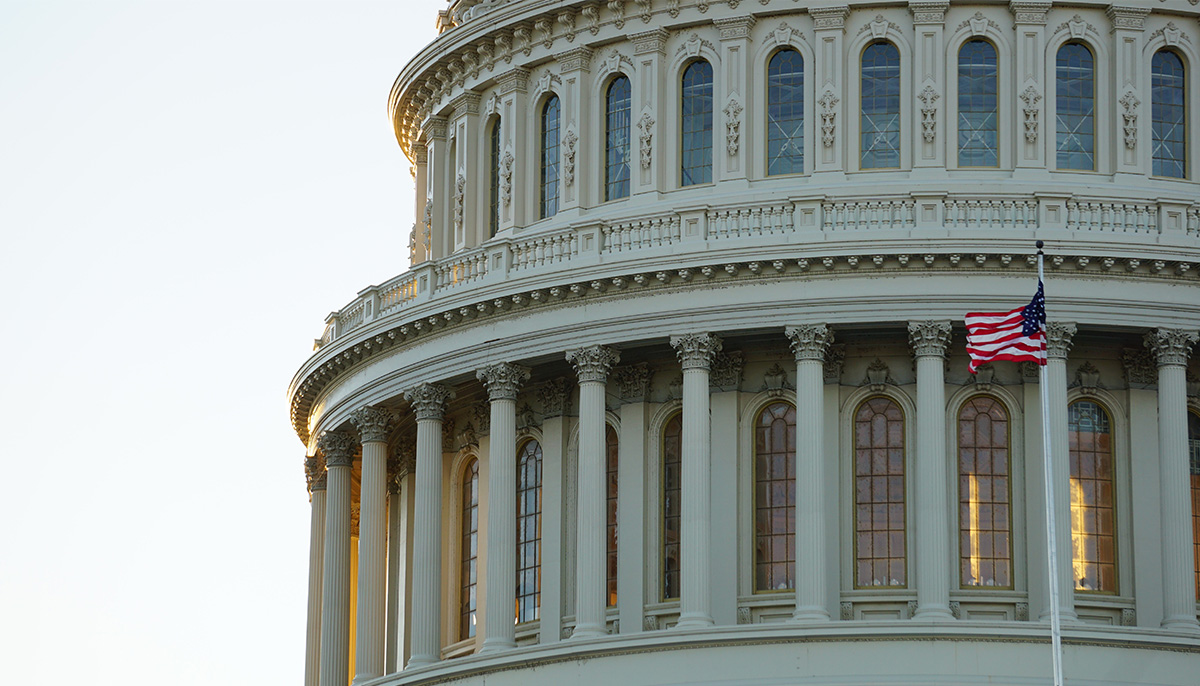 As I write this, it is mere days since a violent mob stormed the U.S. Capitol in an effort to sabotage and hijack the operation of the U.S. Constitution and critical aspects of our country’s democratic process. The country, and indeed the world, are quite rightly in shock to see such a thing in the very citadel of the rights-based representative governance that our Founders invented, and that has from its outset been a model both for the world and for our own faltering, fallible, and harrowingly incomplete efforts to live up to its promise and its ideals.

As a lawyer and arms control expert, I entered the Trump administration as a National Security Council staffer in January of 2017, and a year later was confirmed as Assistant Secretary of State for International Security and Nonproliferation. Last Friday, however, I resigned from that position following Wednesday’s assault on the U.S. Capitol, becoming the first Assistant Secretary to do so.  In my letter of resignation, I told President Trump that “I cannot continue to serve in an Administration at a time in which some are willing to condone, or even to incite, violent insurrection against the country I hold dear and whose Constitution I have taken a sacred oath to support and defend.”

We will all be pondering the inevitable “How did we get here?” questions for a very long time. I would like to offer my own perspective on this question, albeit one that is at this point necessarily partial and tentative.

As Western societies move into the third decade of the twenty-first century, we live in a time less of certainty than of certainties. Ours is a time of anxiously and vehemently competing certainties, each convinced of its own rectitude and contemptuous of and outraged by competing visions.

This isn’t news to anyone who has been following modern politics and social dynamics in virtually every Western country, and certainly not to any observer of the U.S. scene. To some extent, of course, the existence of competing certainties should be expected, and welcomed, in the political arena. After all, offering choices about vision and leadership to those who will be subject to political authority is fundamental to democracy. It is precisely what autocrats in places such as Beijing and Moscow go to enormous trouble to deny to their subject peoples. Democratic choice would be a meaningless exercise if perspectives and approaches did not vary, or if no one particularly cared about alternative outcomes.

Nonetheless, just as even life-giving substances such as water and oxygen can become deadly in overabundance, too much certainty can be terribly toxic. As a longtime observer and habitué of the Washington, D.C., political and policymaking arena—and indeed as someone who has spent the last four years in office as a senior U.S. Government official—I would argue that our current political culture is badly in need of some dharma wisdom to counteract the toxicity of competing certainties.

Over the last generation, I would argue, we have seen the acceleration of what might be called “extremity bias”—a dynamic in which competing political subcommunities push themselves toward ever more extreme postures. A polarized political context in which insular groups inhabit parallel, non-intersecting, and self-replicating informational worlds, can change the very nature of the act of taking policy positions. Where once policy-making may have been quaintly viewed as the art of choosing responses to complex evolving circumstances so as to produce specific factual outcomes, extremity bias turns it into a performative act of virtue signaling and identity group solidarity.

In such an environment, any hint of circumspection or restraint can be viewed as intolerable compromise—as weakness, even betrayal—making political communities profoundly allergic to thoughtful care in policy formulation. Especially when this happens on both sides of the aisle, it can set off the dangerous spiral of a reciprocal “race to the asymptotes,” characterized by a self-reinforcing, ritualized demonization of any disagreement, and by unreflective extremism in policymaking. Unchecked, such dynamics could tear a broader political community entirely apart.

In Western societies, this is today a real problem on the progressive Left as well as, as last week made obvious, on the populist Right. Nor is it a challenge only for the West; versions of such dynamics also exist in parts of the world with socio-cultural traditions very different from our own, including in the Middle East and both South and Southeast Asia. It would appear, in fact, to be a problem of our era, exacerbated by the social media-facilitated cognitive “bubbles” we can so easily create for ourselves in this information age.

From the perspective of a Buddhist practitioner who has spent many years in government service, I believe that Buddhist “not knowing”—or contemplative analogues from other spiritual traditions, for I wouldn’t dream of encouraging sectarian certainty here!—can provide at least a partial antidote to the moral and intellectual cancer of extremity bias. I recall an apropos line from the Soto Zen writer and priest Brad Warner, who describes humans as “certainty junkies” who “crave certainties in areas in which there can never be any.”  And indeed Dogen reminds us, in his Gakudo Yojin-Shu from the year 1224, that “things are not fixed” in the way we might wish them to be, and that careful reflection often reveals that there is less to hold on to than we assume.

Passion and commitment in politics and policymaking can be a powerful engine for good. It can promote human thriving and drive us to make our society, our country, and our world more safe, secure, prosperous, sustainable, and just. But Buddhist practice reveals that passion and certainty can also be poisons, and my home lineage in the Zen tradition offers the mindset of “not knowing” as a cure for their excesses. I would argue that political society today badly needs more intellectual humility and more compassion as we pursue our vision of the good and promote it in the face of rival and potentially conflicting visions.

So there is deep Buddhist wisdom here, just as, more prosaically, there is much to learn from the aphorism about the road to Hell being paved with good intentions. It may sound oxymoronic to advocate intellectual humility and thoughtful care in the service of passionately-held values, but they can be our best armor against mindless excess even as we strive for the good with all our hearts. In the end, I am convinced that this is a better and surer way to serve our vision and genuinely to make the world a better place.

I argued obliquely for such an approach in an essay in Lion’s Roar that was published just before the presidential election in 2016. Today, four years of government service later, I feel we need such thoughtfulness more than ever.

It is not for nothing that the Buddhist tradition has prized the idea of a “middle way” from the very outset. One must be honest, however: there is nothing easy about charting such a path. As with Aristotle’s famous Golden Mean, a concept of virtue that prizes an ongoing and contextualized navigation between excess and deficiency, a middle way course can require enormous moral courage. It deliberately denies us the simplistic satisfactions of bright-line, rigidly “pure” postures, which are only available to those at polar extremes of a debate, and which conduce more to fanaticism than to wisdom.

Such circumspection, moreover, is particularly difficult to maintain in a polarized political environment characterized by extremity bias, for it can subject one to endless vitriol from those who are unable or unwilling to acknowledge the nuanced challenges and constraints of the world as it is actually lived by complex and fallible human beings, and who are afraid to trust themselves or others with the responsibilities of meaningful choice-making within such complexity. Make no mistake, therefore: thoughtful moderation is damned hard work, and often quite thankless.

Yet I believe that modern political communities need to relearn the moral courage of moderation, and not to flee from the difficult engagement and struggles of putting it into practice, for we have great need of this. Government service has reinforced these lessons in my own mind and heart, and the despicable insurrection and seditious conspiracies of January 6 underline the point with brutal clarity.

One cannot but speak out against such horrors, and I freely admit feeling deeply certain about that. At the same time, however, I still cherish the hope that people of goodwill can yet work together, despite our manifest political differences, to rebuild this country’s damaged society and political culture—and we will all have to keep a watchful dharmic eye on our certainties in order to do that. All sides in today’s polarized political context need to force down some of the Buddhist medicine that is “not knowing.”

Dr. Christopher Ford worked for the last four years as a political appointee in senior policy positions at the U.S. State Department and on the National Security Council staff. He received jukai from Roshi Joan Halifax and is an ordained Buddhist chaplain.