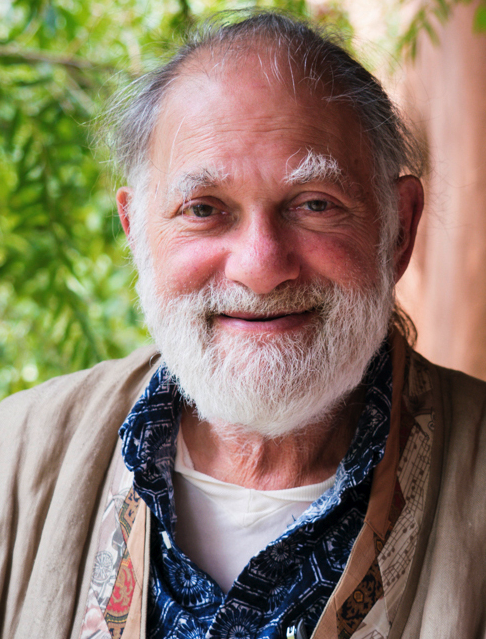 On Tuesday, the American Zen teacher Bernie Glassman suffered a stroke. The news spread online, but when Lion’s Roar reached out to Glassman’s Zen Peacemakers community to confirm the story, we learned that it had not been meant to be shared until Glassman could be better assessed and an official statement was prepared. That statement has now been produced, along with a follow-up by Glassman’s spouse, Zen Peacemakers’ Roshi Eve Myonen Marko. The first statement, includes details of Glassman’s recovery plan and an address for your cards and letters of support. It reads:

Bernie suffered a stroke on Tuesday 1/12/2016 around 1pm EST. He spent 36 hours in Intensive Care, was “downgraded” to Neurological Intensive, and as of this evening was “downgraded” again to a regular hospital room in Baystate Health Springfield Hospital. His condition is stable ​and the plan is for him to enter an acute rehab program, probably early next week, for a period of 2-4 weeks. The stroke, due to a hemorrhage, affected the left side of his brain, thus resulting in very little movement in the entire right side of his body and also undermining his speech, which is now so slurred that we can only understand around 20% of it (a substantial improvement over Tuesday). No change to his eyebrows.

We are immensely grateful to Baystate Hospital and all its staff for superb care of Bernie and patient and honest interactions with us. The Montague town police and ambulances came some 10 minutes after we first called, and Bernie got “anti-stroke” medications within 30 minutes of the stroke itself, a great tribute to these first responders. This quality care continued in Franklin Medical, our local adjunct hospital, and then in the far larger Baystate in Springfield.

Bernie has his struggles. His understanding of words, too, is diminished but doctors expect that to be fully remedied. We hear “too many people” a lot from him, a lifetime refrain, and wants everybody to leave him alone. As usual, nobody listens. But yesterday, the day after his stroke, our alarm went off for the noon minute of silence for peace. He lay quietly, and then, with difficulty, raised his good hand in half-gassho.

Right now the prognosis for recovery from neurologists and rehabilitation doctors is good to very good; healers and prophets are saying excellent. They expect some permanent deficits in his right arm and hand, a little less in his right leg, and they believe his speech will begin to improve within 2-4 weeks (we don’t know if that’s good or bad). They believe he will become independent and self-sufficient within several months, and cantankerous and bossy in 4 days.

Alisa Glassman, Bernie’s daughter, flew in from Washington, D.C. and she and his wife Eve Marko are by his side. Marc Glassman, Bernie’s son, lives in Jerusalem and was in constant contact. They are supported by local Zen Peacemaker Order members, by the Green River Zen community, by Pioneer Valley friends, and of course by Rami Efal, Bernie’s assistant and spokesman to the world. Grant Couch and Chris Panos, president and chairman of Zen Peacemakers Inc. have a been a tremendous support behind the scenes in keeping the ZP operations flowing.

We are grateful for everyone’s patience through the first 48 hours of the event as we were waiting for Bernie’s condition to stabilize. We are also deeply moved by the outpouring of love and support Bernie has been receiving, on social media, phone calls, dedications and prayer of Muslim, Jewish, Christian, Hindu, Buddhist, Native American, and religious traditions we didn’t even know of, all elements of Bernie world (for example, watch a Jewish Cantor lead a hip-hop reggae chanting of a healing Jewish prayer at the Sivananda Yoga Ashram on behalf of this Zen Buddhist teacher, then followed by their own Hindu prayers on his behalf). And of course, there’s also Krishna Das’s “Bernie’s Chalisa,” theme music for feeding the hungry spirits which many of you know but is great to listen to anyway when it’s KD chanting it..

We have created this Caring-Bridge page where you can leave Bernie a message. We will post updates there and it will also allow Bernie to easily browse and enjoy your words, especially when he begins rehab, which he’ll probably hate every minute of. That’s when your words and blessings–yes, even you Order of Disorder folks–will be a most important incentive.

Bernie’s 77th Birthday will occur this Monday on January 18th, 2016. Let’s celebrate with him!  If you wish to send him get well cards / happy birthday cards (okay, OD ones too), please do so to:

With deep gratitude to all of you,

Roshi Eve Myonen Marko’s follow-up statement of Friday, January 15th, is a personal account of a visit at Baystate Hospital, during which, “terrific specialists examine Bernie’s body-mind,” and Glassman, though periodically tired and having some difficulty seems to respond well to assessment questions: “At some point he chats so much, lots of it quite coherent, that we wonder whether it’s really such a good idea for him to learn to talk again.” Read the whole statement here.

Our best wishes go out to Bernie and all who practice with and care about him.

For more on Bernie, his life and his teachings: