Because of its emphasis on impermanence, people often think that Buddhism’s view of death is that it doesn’t matter and we should just accept it. But that, says Lama Shenpen Hookham, is a crucial misunderstanding. 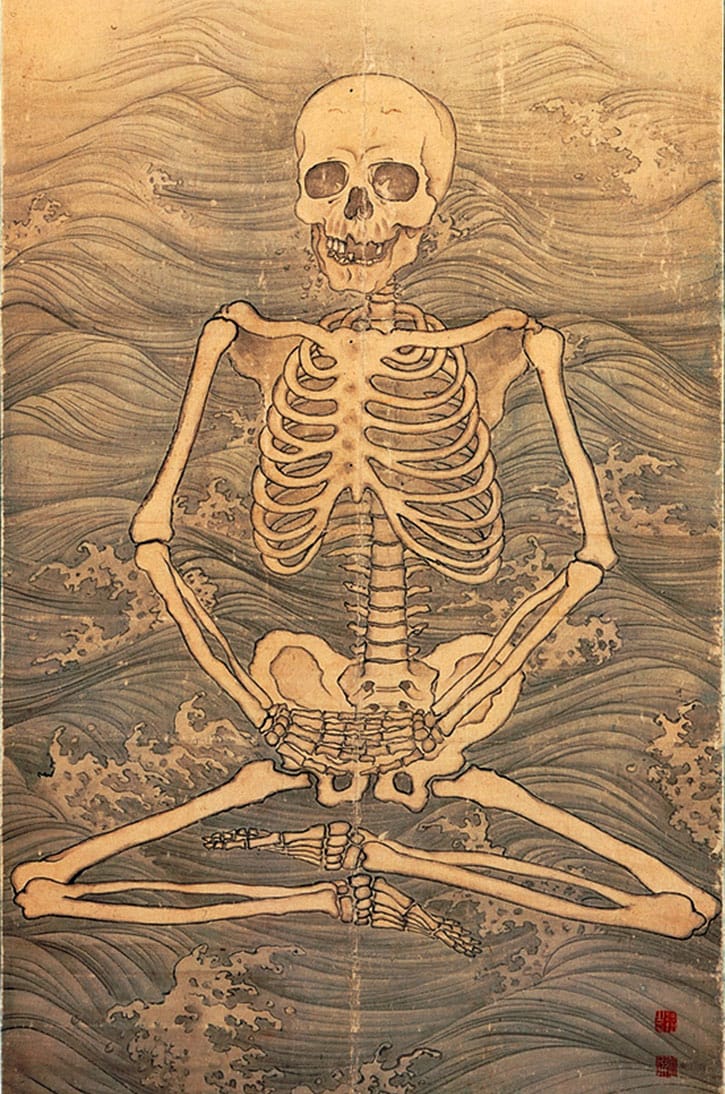 The prospect of death nearly always comes as a shock: we are suddenly faced, at the worst possible moment, with all the fundamental questions about what life is, or was, all about.

Yet, despite Buddhism’s emphasis on impermanence and death, even die-hard Buddhists find themselves feeling uncertain about what to do when death suddenly strikes.

It was the thought of death that drove the Buddha-to-be to abandon home and family to seek a path to liberation from suffering. He was seeking a place (or state) of safety that would not be shaken by death. So Buddhism could be said to be all about death and the path that leads beyond it.

It was the thought of death that drove the Buddha-to-be to abandon home and family to seek a path to liberation from suffering.

Note that the Buddha is seen not simply as a long-dead sage, but as an “Awakened One,” — someone who has awoken to a deep and timeless reality that’s in contrast with our usual understanding of life. The Buddha called that reality “nirvana” — peace, the ending of suffering, the heart’s release. Significantly, it is also called the “Unborn” or the “Deathless.”

The Buddha’s journey to awakening began with a question: why, if we are simply to suffer death, are we born? He came to see that birth and death are, ultimately, simply mistaken perceptions. This realization, often referred to as awakening or enlightenment, is analogous to waking up and realizing that we have taken our dreams to be real. As long as we continue to misperceive the true nature of reality in this way, we take birth and die again and again, life after life. It is as if we are trapped in our dream worlds and we cannot find our way out. It is this state that we refer to as samsara.

The Buddha found a way to step out of the confusion of samsara into the light and freedom of nirvana. That way is the dharma — and it involves taming our hearts and minds in order to penetrate to a deeper level of understanding of life and death through reflection and meditation. Thus, the Buddha’s teaching gives us the inspiration or hope of a goal for which to strive, and guidance on how to reach it. However, to follow dharma to its ultimate goal beyond the reach of death involves a long and arduous struggle against the accumulated habits of thinking and acting that keep us trapped in samsara.

The good news is that following the path of dharma can bring immediate and profound relief, both in life and at the time of death. The sangha, our compatriots on the path, provide us with a living connection to the dharma. That living connection has a power in its own right; it protects, guides, and transmits understanding to all those who have contact with it.

For Buddhists, the goal of awakening to nirvana, the path of dharma to reach it, and the sangha who show us that path, all ensure that there is always hope and meaning to life and death. We regard these three as our sure and abiding sources of protection, and thus “go for Refuge” to them. This going for refuge — the most fundamental practice of the Buddhist tradition — offers a freedom from death, as we traditionally understand it, as its ultimate hope.

Inspiration and joy can be found in doing reflecting upon death, since it turns one’s thoughts away from attachment to unimportant things.

It is understandable if you would prefer not to dwell on the fact of death. Shrug it all off and say that death is just part of life and nothing can be done about it. Buddhism itself has often been understood to say that, since all is impermanent, death doesn’t matter, and we should just accept it. But that’s a misunderstanding. The Buddhist view is that, since all we cling to as real is impermanent and ends with death, we should let go of attachment, and look for what is of undying worth.

If you are compelled by the idea that there is a way to awaken to something beyond birth and death, consider reflecting upon death. Inspiration and joy can be found in doing so, since it turns one’s thoughts away from attachment to what is unimportant, and leads one toward what is ultimately real and of lasting value, and that’s our true nature — which the Buddha found to be genuine, joyful, meaningful, beyond suffering, and able to relieve the sufferings of others, spontaneously and effortlessly.

The path the Buddha discovered is considered a sure path to the ending of suffering, not just in this life, but in all future lives, and not just for oneself, but for all beings. Nothing I can say here can prove this, of course, but what else do you have to turn to? In the end, it’s up to each of us to look into our hearts, beyond the confusion of superficial thoughts, and see for ourselves what is truly real.

Adapted from There’s More to Dying than Death: A Buddhist Perspective, by Lama Shenpen Hookham, published by Windhorse Publications.

Lama Shenpen Hookham has nearly 50 years of training in the Mahamudra and Dzogchen traditions of Tibetan Buddhism​ and​ has translated for, studied with, and received transmissions from ​the 16th Karmapa, Dilgo Khyentse Rinpoche, Kalu Rinpoche and Bokar Rinpoche. She is a student of Khenpo Tsultrim Gyamtso Rinpoche. She spends most of her time in semi-retreat at her home, The Hermitage of the Awakened Heart, in Wales, UK.