In the May 2012 issue of Lion’s Roar, Barry Boyce’s Mindful Society column explores how mindfulness is being used in children’s education. 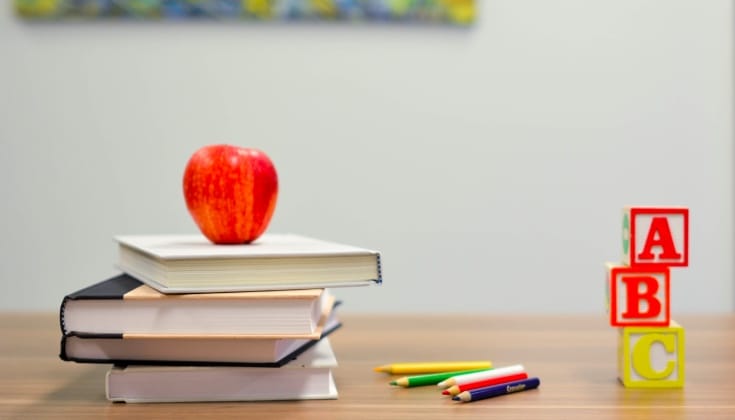 Here’s an exercise for parents: Imagine your child has excelled at school and college and is embarking on a career. When they go for the big interview they’re flummoxed to find that their education didn’t cover the essential skills for this job — being able to calm yourself and regulate your emotions in a variety of situations; understand your own emotions, accurately perceive others’ emotions, and empathize; listen attentively to what someone is saying, negotiate, and confidently persuade; think through problems effectively while considering others’ perspectives.

“Kindness, caring, empathy, being able to de-center from your own point of view and listen deeply to others—these are values that should be cultivated in our classrooms,” says Mark Greenberg, director of the Prevention Research Center for the Promotion of Human Development at Penn State University. These are the social and emotional skills that a person who experienced “optimal nurturing conditions” would develop during childhood and adolescence and bring with them into adulthood.

Greenberg has become an influential champion of research into programs that improve the health and well-being of children using mindfulness and related contemplative approaches. They may not always be like the mindfulness practices that people who go on retreats do, but they feature “nonattachment, noticing our cognitions, and being able to find a spot in our heart and mind where we can see what’s going on but not get caught up in it.” This quality of nonattachment, he says, can emerge in sitting or walking meditation, in yoga poses, or through a variety of other techniques, where our inherent capability for relaxation with our mind’s activity can emerge.

The field of prevention, Greenberg says, not only aims to avert school failure, depression, and extreme aggression, but to promote positive qualities like empathy, citizenship, and strong friendships. Prevention focuses on “building resilience and promoting well-being in children, by working both with the children themselves and with their environments—the quality of the parenting they receive, the welcoming nature of their classrooms, the caring of their teachers.”

Mindfulness and related contemplative techniques have been making strong inroads in recent years as effective prevention tools, Greenberg says, because their effectiveness in bringing about certain desirable outcomes is being proven in setting after setting, and federal grant-making agencies and foundations are taking notice.

Mindfulness practices can increase people’s awareness of their own emotions and their ability to regulate them. This can make it possible for them to reduce feelings of depression and anxiety, and since a “pretty good percentage of teenagers are at risk for depression,” it’s important to have it in the educational tool bag. Another critical element that has made mindfulness appealing to educators is its effectiveness in increasing attention, “the ability to aim our cognitive capacities in one direction with as little distraction as possible.” Attention is one of the greatest challenges for children, and perhaps only more so in a world offering so much distraction so frequently.

Greenberg says mindfulness has something else going for it. “Mindfulness is not just a series of practical techniques. It helps us have the ethical character we need to live in the world. It carries with it a world view of not harming others.” Some may think that mindfulness needs to be married to Buddhist ethics, such as expressed in the Eightfold Path. Greenberg feels, however, that inherent mindfulness helps us to realize that we live in an interconnected world and puts us in touch with the golden rule.

To this end, Greenberg founded a program in his center called the Program on Empathy Awareness and Compassion in Education (PEACE), which focuses on ways to promote pro-social behavior. He and colleague Patricia Jennings have also done groundbreaking work with the Garrison Institute’s initiative on contemplation and education. The teacher training program that Jennings directs as part of the initiative recently received a second major grant from the U.S. Department of Education to study the effects of mindfulness and related practices with classroom teachers. The first grant worked with teachers in and around Harrisburg, Pennsylvania. The second grant— approximately $5 million over four years, divided among Garrison, Fordham University, and Penn State—will take the program into New York City schools.

Programs that use yoga for both students and teachers have also been an important part of Greenberg’s research agenda. In Baltimore, he has been involved in a study of the work of the Holistic Life Foundation, which teaches yoga to fifth graders in inner city schools as a means of helping them work with their emotions and find peace within their bodies. Likewise, with support from the 1440 Foundation, he has begun work on a study involving teachers practicing yoga prior to the start of the school day as a way to prepare themselves both physically and mentally for the challenges in their classrooms.

Another prevention center program focuses on improving parenting skills. Parents take a class once a week for seven weeks. They’re first asked to do short reflections on topics such as gratitude and caring. Then, the focus turns to mindfulness skills: becoming more aware of your emotions and your child’s emotions, learning how to listen deeply to your child, even when they are telling you things you’re not so happy about, trying to be low in reactivity and not so automatic in your reaction, learning to be more present in the moment. From there, the class moves into compassion skills such as remembering how difficult it was to be a teenager, to have compassion for their own parents and the struggles that they now see their parents had with them. The center recently received a grant from the National Institute on Drug Abuse to investigate the effectiveness of this program by studying 600 families over a four-year period.

The scope of the work that Greenberg and his colleagues have been doing covers all age groups and all facets of the developmental environment of children in ways that break new ground in how mindfulness might be defined. While children who are three or four cannot practice mindfulness per se, they still have inherent mindfulness, which they can discover and benefit from. Greenberg works with a curriculum in Head Start programs that has been shown to improve children’s readiness to become students in a classroom.

One of the practices they use is the turtle. “We tell a story about a little turtle who has lots of problems,” he says. “The turtle sometimes gets very sad or very mad, but then the turtle goes into her shell, where it’s very quiet and she can take some deep breaths and calm down and think, ‘What’s going on with me? How am I feeling?’ Then, we teach them to do turtle, which is just crossing their hands across their chest and taking a deep breath. When children are upset, teachers and parents can prompt them to use turtle as a way of calming down and using their thinking skills.”