Pico Iyer on a haiku by Kobayashi Issa. 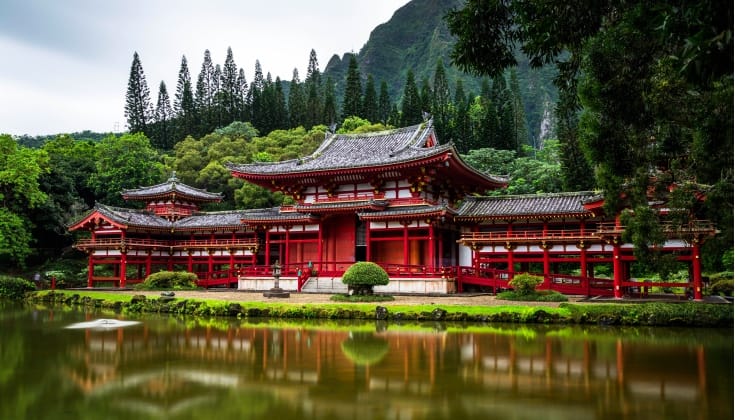 This classic haiku could not be simpler. It features only two real words—the others are more or less particles—and these two words are the same, tsuyu, which means “dew.” A translation might read:

Everything passes; that might be the first rule of the world. Almost nothing is beyond the rule of change—except for the rule itself. In that very fleetingness, the Japanese suggest, lies the world’s beauty. We rejoice in the coming and going of things precisely because we know they will not last.

And yet, and yet. When Issa wrote the poem, roughly two hundred years ago, he had seen his mother die when he was two, and a stepmother arrive to “whip [him] a hundred times a day.” He had nursed his father through his death of typhoid fever, and then, finally, after years of solitude and poverty, had married at fifty-one.

His rst son died after a month. A second son also died within a month. He had a daughter, Sato, and watched with pride as she started to grow healthy and shining. Then, at one, she contracted smallpox and died.

Issa had studied Buddhism and haiku; he knew the laws of reality. And yet, when he lost his little girl, he committed this gasp of a poem. Some scholars now say the elegy was, in fact, inspired by the death of a son, but that changes nothing.

In the years that followed, another son died and Issa suffered paralysis. While giving birth to a fourth son, his wife died—and then, apparently because of a careless nurse, so too did the in- fant boy. Issa married again, and was separated within weeks.
Through all this, he kept writing simple poems—delighting in the seasons and the creatures around him—that are buoy- ant in their playfulness and transparency.

After he married a third time, a re destroyed the couple’s house, and Issa and his wife were condemned to live in a store- house with no windows. This wife bore him a daughter who was healthy and lived into adulthood. But Issa died months before the girl’s birth, and he never saw a child of his grow up.

By some accounts, the last poem he wrote (which I here adapt from Sam Hamill’s translation) was:

Gratitude for gifts—
Even snow on my bedspread
a present from the Pure Land.