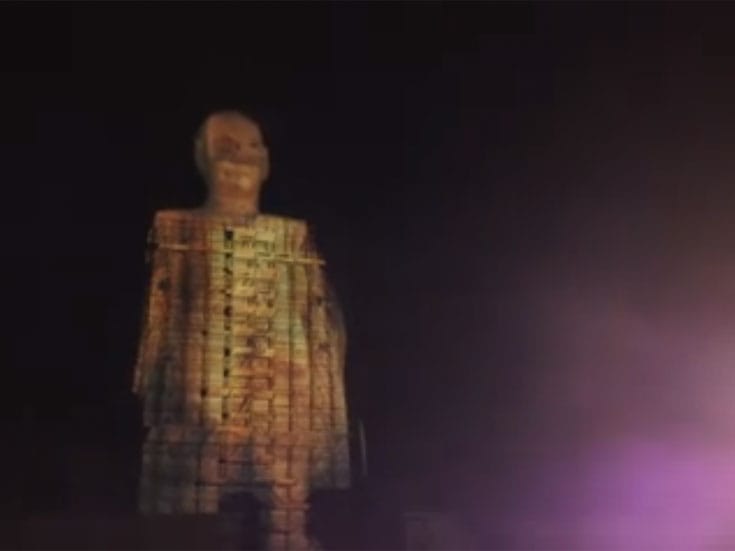 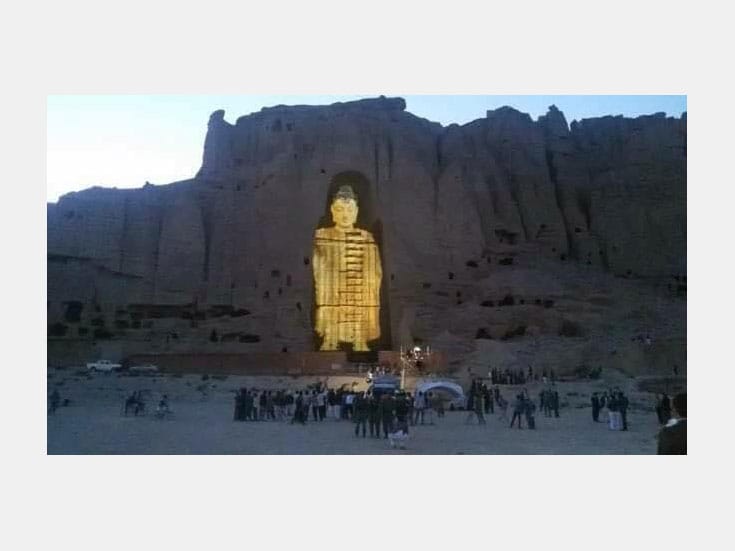 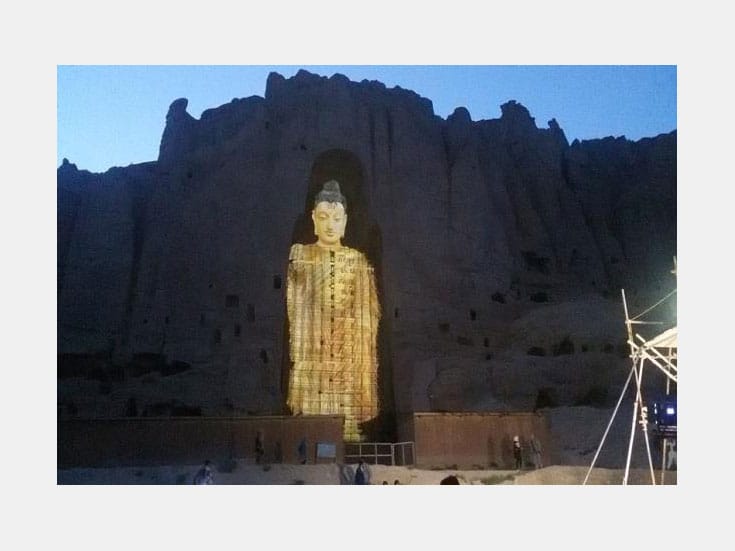 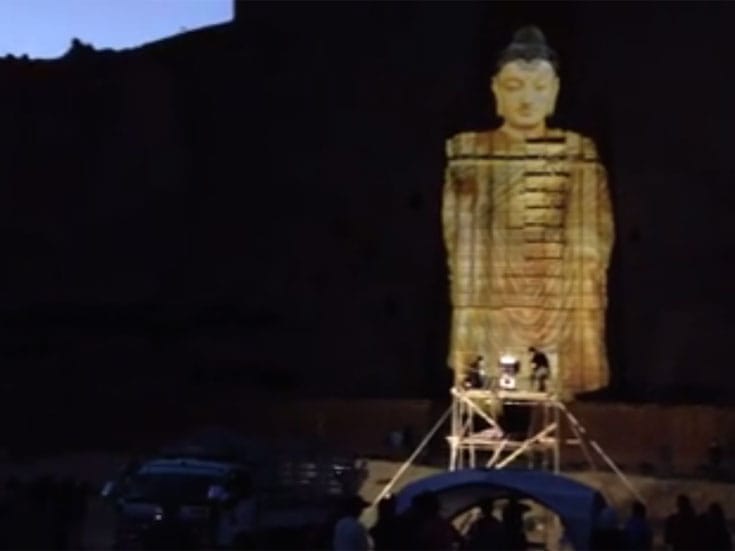 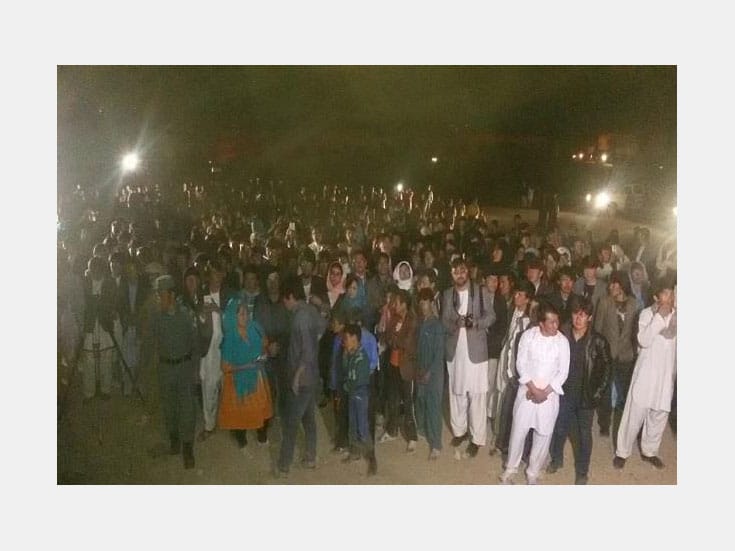 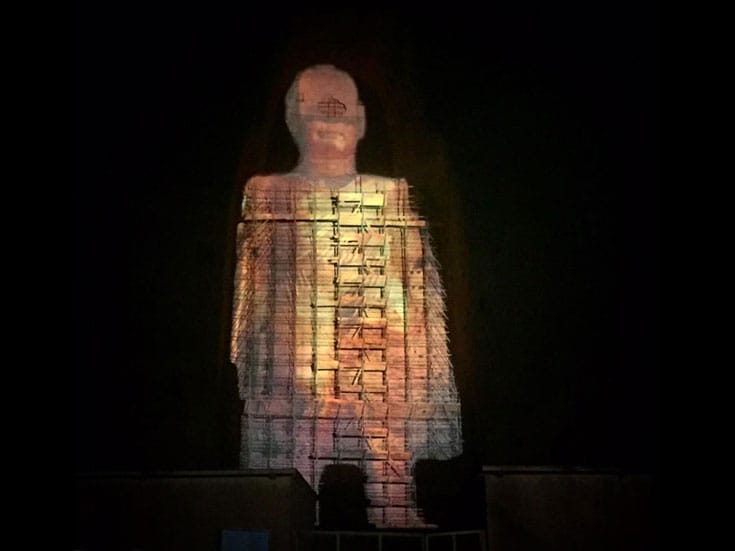 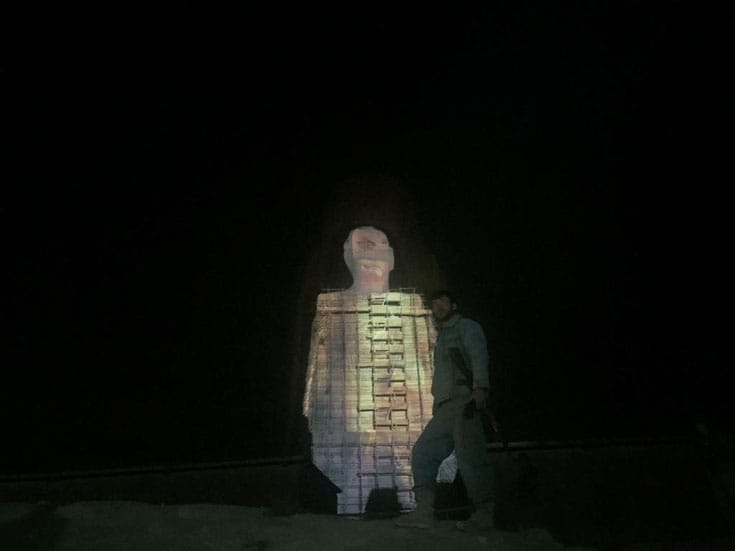 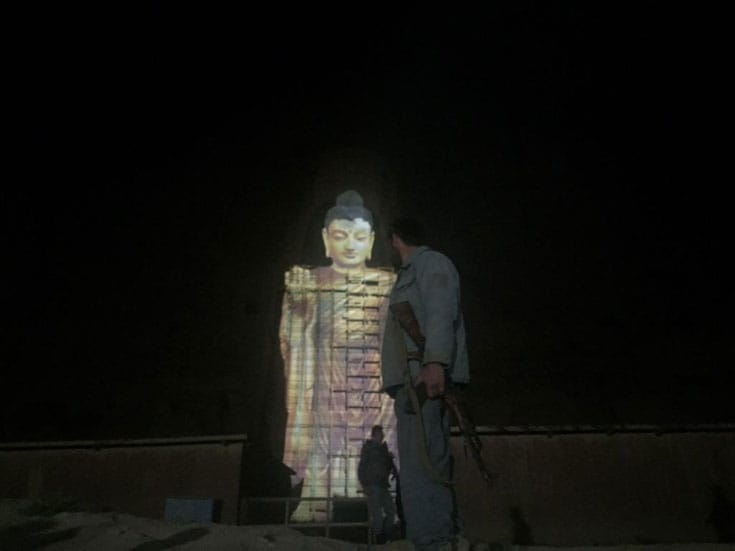 The giant Bamiyan Buddhas of Afghanistan have been rebuilt — this time with light. On Sunday, fourteen years after the ancient statues were destroyed by Taliban militants, artists animated the Buddhas with 3D light projection technology, filling the empty cavities where the Buddhas once stood.

The Atlantic reports that the $120,000 projector used for the installation was donated by a Chinese couple, Janson Yu and Liyan Hu. Yu and Hu were saddened by the destruction of the statues in 2001. Wanting to pay tribute, they requested permission from UNESCO and the Afghan government to do the project. 150 local people came out to see the unveiling of the holographic statues on Sunday, observing and playing music through the night.

The two statues, built in the sixth century, were 115 and 174 feet tall. Before their destruction, the statues were a treasured feature of the local culture. Earlier this year, the BBC interviewed Mirza Hussain, one of the men who was forced by the Taliban to destroy them. “I regretted it at that time, I regret it now and I will always regret it,” he said. “But I could not resist, I didn’t have a choice because they would have killed me.”

In February, UNESCO unveiled designs for a new cultural heritage center at Bamiyan, to showcase not only the monuments that were lost in 2001, but also the vibrant culture that still thrives in the region. Earlier this month, the region was named South Asia’s Cultural Center for 2015.

For more on the Bamiyan Buddhas, read our feature article, “Buddhist Treasures of Afghanistan,” watch this interview with Danny Fisher and Brent Huffman about Mes Aynak — the historic region near Bamiyan that is now facing destruction — and look at conceptual drawings of the new cultural center to be built at Bamiyan.