Judith Toy recalls her struggle to make sense of the murder of three family members, finding Zen and forgiveness along the way. 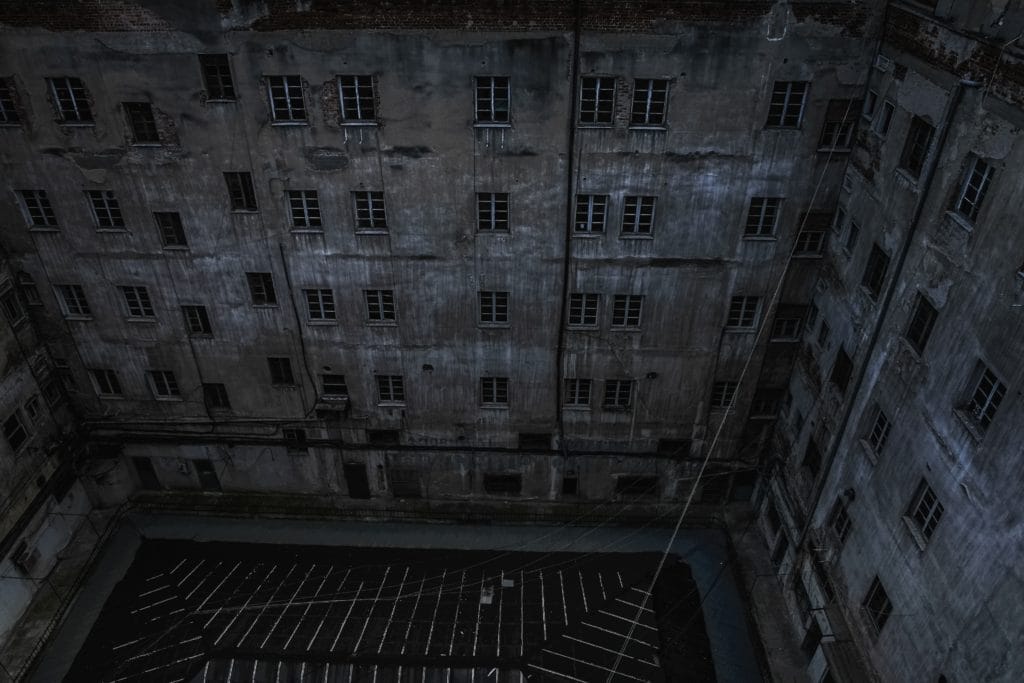 The first time I felt any relief from the sorrow that enshrouded me after three members of my family were murdered was six months later when I was meditating with Dai-En Bennage in the Endless Mountains.

Connie, my daughters’ favorite aunt, and her teenage sons, Allen and Bobby, were bludgeoned and stabbed to death in their home by the boy across the street in an upscale Pennsylvania neighborhood in October 1990. The killer also raped Connie. After the shock waves that started with the phone call that brought the terrible news, the first feeling I can remember was one of culpability. What did I or my family do to bring this upon us? The guilt was subtle, but it lay there, in the dark pool of my grief.

The following April, exhausted, I sought solace at Dai-En Bennage’s zendo, an apartment in a Quaker-built manor known as Mt. Equity, in Pennsdale. My husband and I were Quakers, and had been introduced to Bennage through our Friends Meeting. I fell in love with her at first sight. She had just returned from more than twenty years in Japan, the first woman and the first foreigner to complete the advanced teacher training of the Soto Zen sect in that country. Her face beamed when she smiled. She was ebullient, smart, disciplined, and meticulous.

I told her that during meditation there were voices in my head uttering stern biblical warnings about false images. She responded by offering to put her Buddha statue in a drawer, and I became her first overnight student in America. It was the beginning of my journey from hatred to healing.

Twenty years later, even through the lens of Zen, it is still hard to tell this story, and I have changed some names and places to protect those involved. It feels like I’m peering through a telescope underwater: The way my daughter Rachel had said just weeks before the murders, “Mom, I don’t know what I’d do without Aunt Connie. She’s always there when I need her.” The way I woke up from a dream the night after it happened, feeling a sharp blow to my head. The way I overheard neighbors talk about a young cop at the scene who got sick. The black four-inch headlines in the tabloids at the local grocery store. Photographers hiding behind trees at the funeral; the three coffins in a row.

Connie had felt a motherly concern for Charles, the latchkey kid across the street. After school, while Charles and her son Allen tinkered under the hood of Allen’s Lumina, which had been left to him by his father, not long dead of cancer, Connie would appear in the doorway of the garage with a smile and a tray of snacks and ginger ale.

The night of the murders, Charles hid, crouched in the dark of the same garage, waiting for them to return from a trip to the seashore, to go to bed and sleep. There had been no angry words among the boys. Charles had been in the top 2 percent of his high school class the year before—a quiet, scholarly boy headed for an engineering major at Drexel University—until he dropped out three weeks before graduation. He stopped cutting his hair and stopped shaving. What happened that turned him into a monster? No one knew then that he had been stalking the neighborhood at night for a year.

When he was certain they were asleep, he crept upstairs and murdered them one at a time in their beds with a hammer and a knife. Then he slid into the seat of the Lumina, his getaway car. Charles took the family TV, some clothing, a cache of Connie’s makeup, some jewelry, and Bobby’s Nintendo set. The cash value of his take, the only motive anyone could ascribe to the murders, was about five hundred dollars.

With the bloody murder weapons in the trunk, he drove to Ft. Lauderdale, Florida, to see friends, including his fifteen-year-old girlfriend, Leeanne. He told her the story of the murders in detail: how he had planned and carried them out; the order in which he had killed his victims; how Bobby had cried out to his mother for help—and how he was planning to return to Pennsylvania to kill his own parents and grandmother. Leeanne called the police. Officers took her to the Ft. Lauderdale station and videotaped her as she recounted Charles’ story, and applied Connie’s stolen lipstick to her own lips. Charles was arrested and brought back to the county seat in Pennsylvania, where the district attorney was obliged to beef up security to protect him from an angry mob when he arrived at three in the morning. How hatred begets hatred: the district attorney remembers a woman screaming, “Fry him! Fry him!” Charles’ parents became instant pariahs.

Our family was unanimous in not wanting Charles dead—but not out of idealism or pacifism. We wanted him to suffer long and hard behind bars. For the rest of his days, we reasoned, he should face what he had wrought.

We were spared being in the same room as the killer and reliving over and over the horror of the murders when, during the first day of the trial, Charles confessed to all three. The judge gave him three consecutive life sentences with no chance of parole.

That was December, and the following April, I went to see Dai-En Bennage at Mt. Equity Zendo. I had stumbled into meditation in the seventies through the Hermann Hesse book, Siddhartha, but hadn’t the slightest idea what I was doing. Bennage showed me how to hold my body and what to do with my breath and my tongue and my chin and my mind. She told me, “What you feel is damning you, can set you free.” She told me the story of the monk on the side of the cliff—with a growling tiger above him and a spitting tiger below him—peacefully eating his strawberries. I began to believe that buried somewhere within me was the equanimity of that monk. One afternoon, among the green rolling hills at Mt. Equity, she offered me a cassette tape of a talk by Thich Nhat Hanh. The moment I heard his voice I knew I would follow him.

Can tragedy seed miracles? Perhaps—if we plough the ground. Sometimes, though, it takes a hit on the head, a shock, or a deep loss to crack us open just enough for understanding to grow. Five years after the fact—five years of daily sitting and breathing and bells and sitting and breathing and walking—I was still trying to understand. It was the autumn, around the anniversary time. I was working on a poem about the murders, and suddenly I inhabited Charles. That is, I lost any feeling of separation between us. There was no guilt, no sorrow, only what Thich Nhat Hanh calls “interbeing.” The poem told me what I did not know I knew. In that moment of understanding and compassion, I knew in a profound way that Charles was not a monster, but a boy in whom something had gone terribly wrong. This is because that is.

I wanted to tell him how I felt, but I hesitated. Perhaps part of me was still afraid. Before I could, he took a laundry bag and hanged himself in his prison cell. This brought everything back to me, and I was disconsolate. If I had gone to him, could I have saved his life?

Shortly after I was ordained by Thich Nhat Hanh as a member of his Order of Interbeing in 1997, a friend approached me. Her husband, Carl, was in a medium-security prison after being busted for growing marijuana in his attic in an effort to make enough money to keep his two girls in private Quaker schools. Carl had strong Buddhist leanings, and she asked whether I would visit him. After several months of visiting Carl in a closet-like space with a window in the door, inviting the sound of a small bell, smiling and breathing, he asked whether we could start a sangha.

Since I had just been ordained, I had the necessary credentials. The prison chaplain was a Methodist, my childhood tradition, and we saw eye to eye. We put up a poster that said, “Still Your Mind and Open Your Heart,” and fifteen guys signed up for our first gathering. My husband, Philip, said to me, “You’re not going in there alone; I’m coming with you.” Our Zen gig was wildly popular. Every week we would walk through several metal gates with a flower. Both the guards and the inmates would make fun of us. Charles had been held in the same facility, and, it turned out, some of the men had known him. We met there weekly for two and a half years before moving to North Carolina in 1999. The men came to call themselves Fragrant Lotus Petal Sangha. We always hugged at the end.

One of the inmates took to the practice like a monk; he called us after he was released and asked to receive Buddhist precepts. He secured permission from his halfway house, borrowed money from his grandmother for a Greyhound ticket to North Carolina, and arrived heavily dosed on antipsychotic meds. When I saw this great big really scary-looking guy prostrate himself during the Order of Interbeing ceremony to receive the Five Mindfulness Trainings, my story came full circle. I felt absolved for not telling Charles I’d forgiven him. What Charles did was unforgivable. But he was forgivable. He had not become a monster in a vacuum.

The founder of Christian Science, Mary Baker Eddy, translated “Forgive us our trespasses as we forgive those who trespass against us” from the Lord’s Prayer as “Love is reflected in love.” That’s the best explanation I can offer of what happened. Didn’t the Buddha say it, too? Hatred never ceases through hatred: hatred only ceases through love.

Judith Toy was ordained as a member of the Order of Interbeing by Thich Nhat Hanh in 1997, and along with her husband, Philip Toy, has founded several sanghas in that tradition, including one in a men’s prison. She leads mindfulness retreats and is the editor of Cloud Cottage Editions.