Increasingly, patriarchy is offered as the solution to the crisis black people face. Black women face a culture where practically everyone wants us to stay in our place. 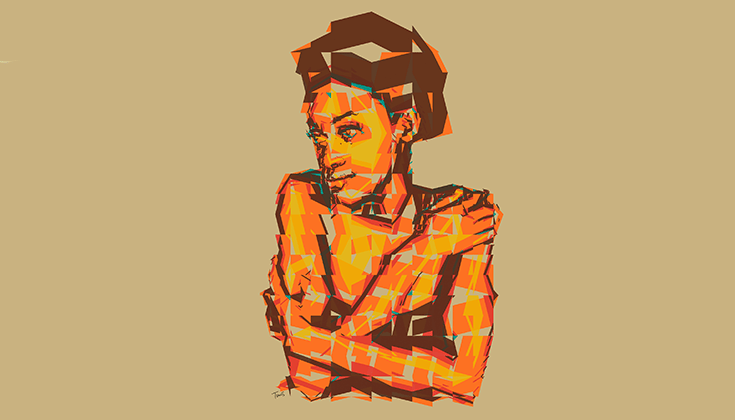 Progressive non-black folks, many of them white, often do not challenge black male support of patriarchy even though they would oppose sexism in other groups of men. In diverse black communities, and particularly in poor communities, feminism is regarded with suspicion and contempt. Most folks continue to articulate a vision of racial uplift that prioritizes the needs of males and valorizes conventional notions of gender roles. As a consequence black males and females who critique sexism and seek to eradicate patriarchy in black life receive little support.

Despite all the flaws and proven failures of patriarchal logic, many black people continue to grasp hold of the model of a benevolent patriarchy healing our wounds. Increasingly, patriarchy is offered as the solution to the collective crisis that black people face in their private and public lives.

It is easier for mainstream society to support the idea of benevolent black male domination in family life than to support the cultural revolutions that would ensure an end to race, gender and class exploitation.

Despite feminist critiques of patriarchal narratives of race that suggest black men suffer the most vicious assaults of white supremacy and racism because they are not empowered to be “real” men (i.e. patriarchal providers and protectors), most black people, along with the rest of the culture, continue to believe that a solid patriarchal family will heal the wounds inflicted by race and class. Frankly, many people cling to this myth because it is easier for mainstream society to support the idea of benevolent black male domination in family life than to support the cultural revolutions that would ensure an end to race, gender and class exploitation.

Many black people understand that the patriarchal two-parent black family often fares better than matriarchal single-parent households headed by women. Consequently it is not surprising that at moments of grave crisis, attempting to create a cultural climate that will promote and sustain patriarchal black families seems a more realistic strategy for solving the problems.

Of course, that appears more realistic only if one does not bring a hardcore class analysis to the crisis. For example: many conservative black males have spoken about the necessity of black men assuming economic responsibility for families, and have denounced welfare. Yet they do not address in any way where jobs will come from so that these would-be protectors and providers will be able to take care of the material well-being of their families.

Black females and males committed to feminist thinking cannot state often enough that patriarchy will not heal our wounds. On a basic level we can begin to change our everyday lives in a positive, fundamental way by embracing gender equality and with it a vision of mutual partnership that includes the sharing of resources, both material and spiritual. While it is crucial that black children learn early in life to assume responsibility for their well-being—that they learn discipline and diligence—these valuable lessons need not be connected to coercive authoritarian regimes of obedience.

While feminism has fundamentally altered the nature of white culture, the way white folks in families live both in the workplace and home, black female involvement in feminist thinking has not had enough meaningful impact on black families. The work of progressive black woman thinkers to encourage everyone in this society to think in terms of race, gender, and class has not radically altered the racist and sexist stereotypes that suggest black women succeed at the expense of black men.

Black women face a culture where practically everyone wants us to stay in our place.

Concurrently, the assumption that white supremacist capitalist patriarchal culture is less threatened by black women, and therefore is willing to grant us “rewards” denied black men, has no reality base. Yet it acts as a weapon of cultural genocide in that it encourages black men to be complicit in the devaluation of black womanhood that helps maintain existing structures of domination.

To the extent that black men are socialized to see black females as their enemies, particularly those who are professionally employed, misogynist and sexist assaults are legitimized. Black women face a culture where practically everyone wants us to stay in our place (i.e. be content to accept life on the bottom of this society’s economic and social totem pole).

Significantly, even when individual black women are able to advance professionally and acquire a degree of economic self-sufficiency, it is in the social realm that racist and sexist stereotypes are continually used both as ways of defining black women’s identity and interpreting our behavior.

For example: if a black woman sits at a predominantly white corporate board meeting where a heated discussion is taking place and she interrupts, as everyone else has been doing, her behavior may be deemed hostile and aggressive. Often when I lecture with a black male colleague and I challenge his points, rather than being perceived as more intellectually competent, I am deemed castrating, brutal, etc. The reverse happens if he challenges me in a particularly winning way. He is seen as just more brilliant, more capable, etc.

Even in feminist circles, individual black women are often subjected to different standards of evaluation than their peers. When the nationally recognized black woman writer Toni Cade Bambara died, the mass media paid little or no attention. Almost a year after her death Ms. magazine published a long article in which a black woman writer focused on the poor housekeeping skills of the writer and her failure to conform to a standard of desired friendship. Nothing was said about the content of her work or its impact; this was a blatant example of devaluation. It is easy to devalue and de-legitimate black females who do not conform to standards of bourgeois decorum, who do not come from the right class backgrounds. No one objects.

Fear of male rage, disapproval and rejection leads some of us to be wary of feminist politics.

Often individual black women are so worried that they will be regarded through the lens of racist/sexist stereotypes that portray us as dominating, vicious and all-powerful, that they refuse to make any courageous non-conforming act. They may be more conservative in standpoint and behavior, more upholding of the status quo, than their non-black and female counterparts. They may refuse to consider taking any action in relation to individual self-actualization or group participation that would be seen as rebellious or transgressive.

Anti-feminist backlash, coupled with narrow forms of black nationalism which wholeheartedly embrace patriarchal thinking, has had a major impact on black females. Fear of male rage, disapproval and rejection leads some of us to be wary of feminist politics, to reject feminist thinking. Yet if we do not bring feminism out of the closet and into our lives, racist/sexist images that ensure and perpetuate the devaluation of black womanhood will continue to gather cultural momentum.