“Life,” as George Carlin once mused, “is a series of dogs.” Zen teacher Roshi Joan Halifax recalls her good fortune with four-legged friends. 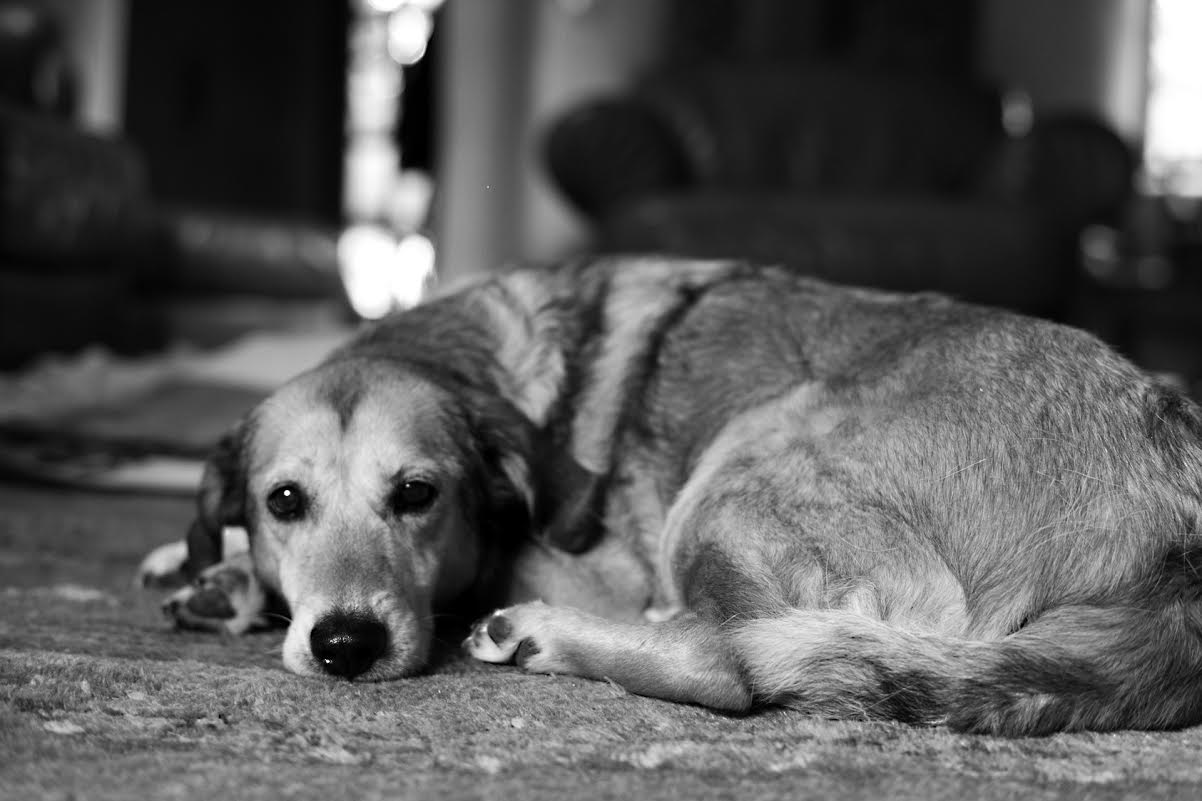 One winter, I went to Tres Piedras in New Mexico to cross-country ski with friends. Ken, part of our ski gang, had a dog, Hey Girl, who had birthed a litter the month before. Ken was convinced that one of the pups should be mine. Being a Zen person, I was offered the black puppy, but the runt of the litter — the littlest one, with a deformed tail — captured my heart. I brought her home to the Upaya Zen Center, cupped in my hands.

For sixteen years, she was my closest buddy.

I named her Dominga, as I had met her great-great-grandmother in Chiapas many years before. Dominga, the Elder, was a Mexican street dog and the beginning of a long line of dogs with the “Hey” name: Hey Girl, Hey Boy, Hey Man, and more. Instead of a “Hey” name, I chose her original ancestor’s name, Dominga, meaning “Sunday.”

For sixteen years, she was my closest buddy. For our first years together, we lived at Upaya Zen Center in Santa Fe, which I had founded. Fiercely protective, funny, independent, intimate, and (if she trusted you) loving. However, Dominga was also a menace to anyone who got near me and whose demeanor was even slightly assertive or aggressive. Too often I had to pull her off the leg of some unsuspecting person who ventured too close to me. As a result of this habit of attacking strangers, they hit, pepper-sprayed, and shouted at her, but she would not desist from protecting me. Finally, I moved with her to Prajna Mountain Forest Refuge so she could roam free and not scare the innocents who came to Upaya.

In her fifteenth year, Dominga began to slow down. Then, her legs could no longer carry her. My student Maria, who loved her, saw Dominga through six months of her dying. It was a tough journey for Maria, Dominga, and me. I was coming and going in my travels, and Dominga was growing more and more helpless. Maria’s care and devotion were extraordinary, carrying Dominga out of the Upaya House to do her business, sleeping with her, and loving her when she cried in fear and confusion. Finally, the two of us sat with my old dog as she was released from this long siege of suffering.

One year, after a hospitalization, I returned to Upaya to recover, and on my first evening home a monsoon hit Santa Fe. At midnight, I began to worry that our temple would be flooded again. Our senior residents were not around, and I did not know if there had been storm training for those who were on campus. The temple had been flooded twice by storms like this one, so I decided that it would be the wisest choice if I made my way across the property to check the storm drains.

Halfway to the temple, something wrapped itself around my legs. I jumped, and then reached down to discover a large, thin dog shivering and clinging to me.

It was after midnight, and the winds were high and the rain steep. I put on my bathrobe, went downstairs in the dark, and opened the front door, only to see a ghostly figure pass quickly in front of the Upaya House gate. I thought it might be a coyote, and was hesitant to proceed, but my worries about flooding pushed me into the night.

Halfway to the temple, something wrapped itself around my legs. I jumped, and then reached down to discover a large, thin dog shivering and clinging to me. I knelt and saw it was an old whippet. I hugged her and then urged her to follow me into River House, where I dried her off, got her some cheese from the fridge, sat on the floor next to her, and reassured her that she would be safe. 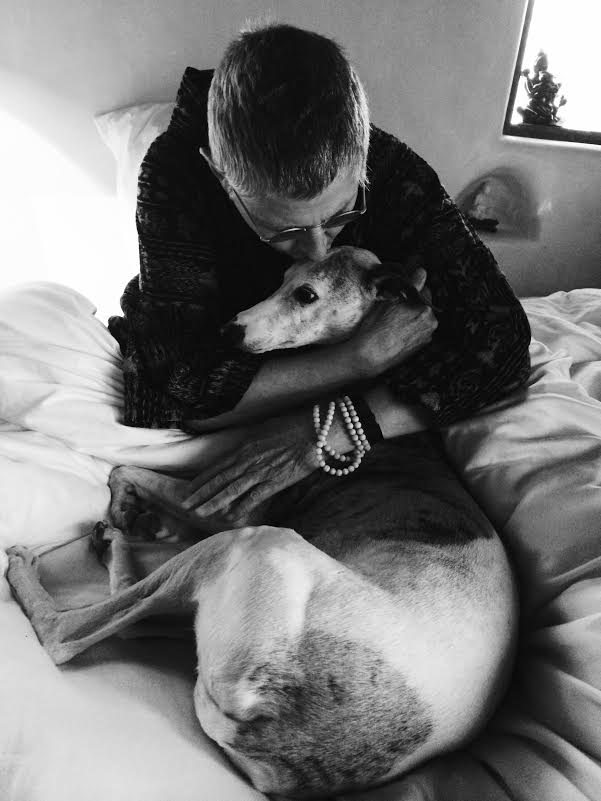 After about fifteen minutes, I asked her to accompany me to the temple, where I checked the drains and saw that all was okay enough. I then invited the dog to accompany me back to the Upaya House. I laid out my bathrobe on the floor next to my bed so she would have a comfortable place to sleep. She curled up in the green corduroy for all of a minute and then stretched her long body and slid onto my bed and into my arms. We both fell asleep until dawn.

I named her Zuijin — water spirit.

The next morning, I made my way to the temple for a final council of a program that was concluding at Upaya. Zuijin followed me to the Zendo and entered unselfconsciously into this beautiful place of practice. Our head priest, Genzan, made a weak protest when Zuijin walked the circle of people on their cushions and returned to settle onto a zabuton next to me.

The council was already in process when the temple doors swung open and a man burst into our midst, shouting, “Has anyone seen Roy?”

As it turned out, Roy was his dog, the whippet, my Zuijin! And Roy was a male. And wasn’t moving. It was a standoff between Roy and his owner, with me in between. There was no real choice — Roy had to go. He went very reluctantly, his owner pulling him by the collar out of the Zendo.

Zuijin, however, continues to visit Upaya, drifting like an old cloud through the temple grounds. He occasionally finds his way into the Zendo. Sometimes we are sitting and hear the tap-tap of his long, old toenails on the wooden floor. When this happens, I say to myself, “Well, this old monk is returning to his practice.” I smile quietly.

Adapted from The Dharma of Dogs: Our Best Friends as Spiritual Teachers edited by Tami Simon. Copyright © 2017 Sounds True. “And Yet, Dogs Find Me” by Roshi Joan Halifax. Reprinted with permission of Sounds True.