On the last night of the year, meditating with others is exactly what Natalie Goldberg finds she needs. From the Lion’s Roar archives. 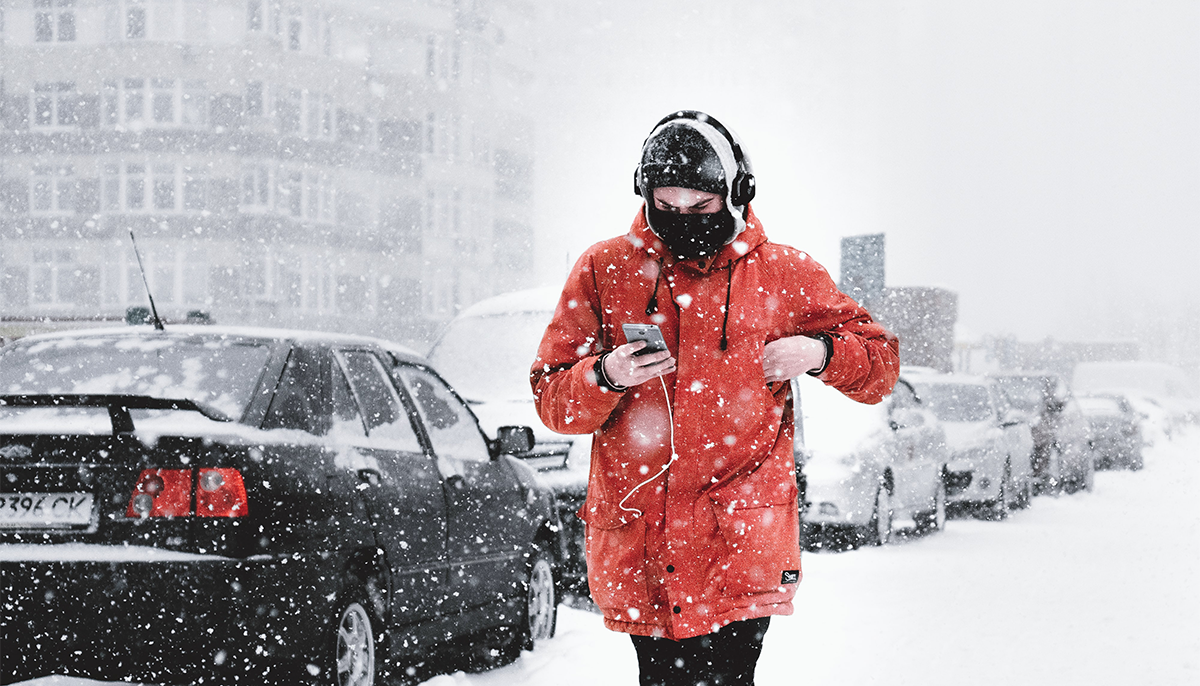 I wake up this first bitter cold day of the New Year, the streets an ice sheet, and recall my dream: small mice are marching across a flower-papered bedroom with an unmade mattress on the floor and my friend Sean sits curled up around his guitar in a wooden chair, weeping that his father never asked him to play, and this New Year’s no one else did either. I clutch his hand, comforting him, at the same time commanding the cats to catch the mice. No one is listening. The cats do not scare the mice. They keep coming.

I lay in bed in my home in Santa Fe with the dream all over my face—the linoleum floor, the woman with bleached blonde hair in the next apartment dropping off her yellow cat, the brick tenements through the window; how very large and empty that dream apartment of mine is.

The night before, at ten o’clock, I snapped my Yaktrax to the bottom of my snow boots and trudged under a full complement of stars in a black sky to Upaya Zen Center across the road. There seventy of us sat for two hours, then listened at midnight to 108 bells ring out the night, a short talk by the roshi (Joan Halifax, my dear friend) and had tea and cookies in the kitchen.

My mind flies back to ten years ago: a sawed-off shotgun at my neck, “Give me your purse,” the front door to the apartment building an arm’s length away, nine in the evening under the front porch light.

I ate way too many but insisted this was just what I needed. At the time I meant the cookies, but really it was sitting still in the dark zendo, breathing with others, coming together in this sober way on the last night of the year. More than deep or spiritual or any of the words one would associate with Manjushri, his sword of wisdom slicing through ignorance, his statue on the altar and candles flickering, what I felt was relief. To stop at the end of a hectic year that I was trying so hard to rein in, then surrender to, then wonder what this human life is all about.

My mind wanders to the actress I met at the same New Year’s Eve sit three years ago. How much I liked her, how she looked both beautiful and tired. I’d heard a few months ago she had breast cancer. At any age this is bad but in your seventies—even if she gets the best care and survives—it’s a big toll on an aging body.

That evening I had told her how I loved her Broadway performance.

“Did you really? Why didn’t you come backstage afterward to tell me?”

“It never occurred to me.” I didn’t think you could go backstage. I loved her innocence and insecurity—and that her vulnerability remained after her years of fame.

Lying in bed thinking of all the chemo she’d endured, the visits to doctors, the exhaustion, blood tests, worry, hope, phone calls, antiseptic hospital, “It’s about death, isn’t it, Nat?” I say to myself. “Either way, no matter what, there is death at the end.”

My mind flies back to ten years ago: a sawed-off shotgun at my neck, “Give me your purse,” the front door to the apartment building an arm’s length away, nine in the evening under the front porch light. I fooled him and gave him my athletic bag instead, clear and unafraid, but on the other side of the door, back in my small living room I was shattered, hysterical, terrified. All weekend I did not leave the apartment and Monday morning I had to appear at 5 a.m. in front of the Zen teacher I’d come back to the Twin Cities to study with. There was a plan to receive dharma transmission, permission to teach in my old Japanese teacher’s lineage. He had died ten years before. I was in my early fifties, still working out his death, thinking that if I was in his teaching lineage he’d be able to meet me on the other side, the silver death plane would land and voilà — he would be standing at Gate 57 waiting for me. It was naïve, stupid; I hadn’t thought it all through. Deeply entangled, I’d hauled my ass—and my furniture—up once again to the upper Midwest in my blind drive to work it out.

And I’m glad I did. One early morning in a clear ordinary moment I realized I didn’t want dharma transmission. I didn’t need anything from this teacher in front of me. We were both free: no one could give me my own authority. I always felt great gratitude toward this teacher for the opportunity to discover that.

But that morning, forty-eight hours after being assaulted, all I thought about was how I was going to dash to my car across the street, unlock it, and get in before another man with a shotgun grabbed me. My imagination was wild with armed young men at every corner at 4:30 a.m., waiting for tender Zen students.

I made it to the car, the key in the ignition, squeezed out between a large Ford and a van onto the street, down the avenue to the zendo, and into the small dokusan room. I was off-the-charts shaking, telling him about what happened three nights before.

He listened. “You are afraid of death.”

I reeled, then fell through. All the other details dropped away. My body relaxed. Something made sense; something I could work with.

Death is only half the story. The other half is life, how to navigate in these slippery waters, how to keep the humbling knowledge of our end in sight.

And now ten years later on a New Year’s morning I thought about this again. I had gotten hard results from an early autumn blood test. Not terminal illness, but slowly—and it had probably been happening for a long time—death was making its meandering way through my body. In the last months, though I managed to function well, underneath I was swimming in an abyss and could not find a foothold. I tried to imagine travel, things I’d never done before and wanted to do—I couldn’t think of a thing. What did I want to change? Nothing. What did I regret and wished I’d done differently? Usually I’m a great lamenter, but faced with the bold truth of my finite life, I caved into my past, almost accepting it all. Then sleepless nights would punctuate my dull submission, tormenting me with failure in all directions. The still night, the click of the clock in the other room, knowing the next morning I was leaving on a trip, seemed to enhance my despair. All my life I’d been stalked by extremes but now the fire burned hotter, fueled by terror. In the past my most reliable elixir had been to continue under all circumstances. But now the biting thought: someday no circumstances will exist.

When my father died, I felt how very close death was; when my mother died, the veil was lifted. The illusion that my parents were a wall, a guard, a boundary between me and the end was over. Death became familial. But when the condition was mine directly, landed in my body, there was nothing vague. The day I heard, a Wednesday, it was like taking LSD; reality opened up, but this time nobody could come along on my trip.

And yet, it’s hard to stay in relation to death. An equal urge arises in me to race to the bank, to the grocery—before it closes. Daily life is so seductive: we believe if we keep moving we finally can catch up, get our bills paid for all time.

We also believe our stories. Everyone does. But where would we be without them? They embrace the full contradictions of our lives.

I remember when I was up in Minnesota. I had to drive through Cloquet, the hometown of the teacher I’d moved back to study with, on my way to Hibbing, where Bob Dylan was raised. We were making a documentary on the influences of the Iron Range on Dylan’s songs. I asked the film crew to stop outside the teacher’s childhood home—the deep front lawn, the gray clapboard house in the distance. I remembered the teacher telling me about his sister who became vice president of one of the large airlines and all at once couldn’t take the pressure, the success. She moved back to this remote hometown. I thought about how deep the tracks of lineage and pattern and family run.

Death is only half the story. The other half is life, how to navigate in these slippery waters, how to keep the humbling knowledge of our end in sight. How we all seem to blow it one way or another, but how important it is to admit our mistakes, not turn our back on anything. It’s in the details of what we have done that we can find our liberation. Yet how easily we forget and move away from the heat and honesty of our moments. We need our stories to remind us and to mirror our reality. And we need our writers to record them.

Hemingway wrote Death in the Afternoon about bullfighting in Spain. He writes in the introduction that he wanted to study death. That every writer needs to know about it.

Death is not romantic. It’s the bottom line.
This essay was included in The Great Spring: Writing, Zen and This Zigzag Life by Natalie Goldberg (Shambhala 2016).