Stan Goldberg on how doing bedside hospice volunteering has taught him the importance of offering forgiveness. 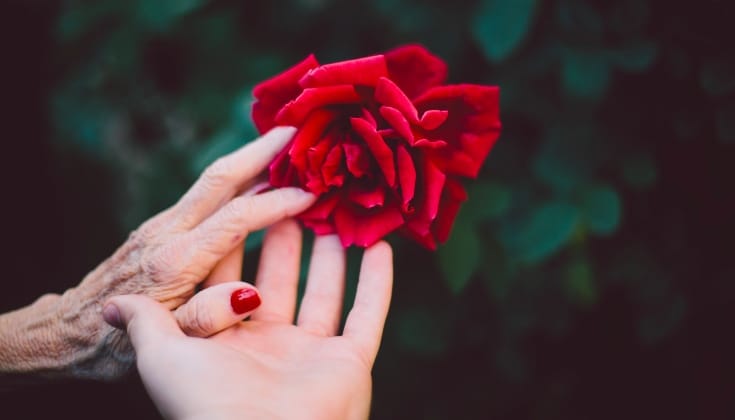 As a bedside hospice volunteer, I’ve found that the ideas and emotions people carry with them through life often determine the quality of their death. I remember my patient Joyce saying, “Dying is such hard work.” Her physical condition had been declining steadily, so I assumed she was referring to her pulmonary problems. But then she said, “I’m not talking about what’s happening to my body.” Pointing to her head, she continued, “The hard work is what’s happening here.”

The pain people experience from their past often follows them into death. This was true of Marie. I visited her weekly for five months, and every visit began and ended with her telling me the story of her co-workers’ cruelty. She spoke with such emotion you’d think it had been a recent event, rather than something that had occurred more than fifty years before. For Marie, the inability to forgive the unskillful acts and words of others made the time leading up to her death emotionally difficult. But for some people, such as Ned, it’s never too late to forgive.

I started visiting Ned almost daily after he expressed a fear of dying alone and asked me to be with him when it happened. Sometimes I visited for only a few minutes when he was heavily medicated, yet still showed no signs of actively dying. At other times, I stayed for hours as he alternated between rambling and lucid thoughts. His AIDS-related dementia worsened after three weeks.

“Carl, I’m so glad you came,” Ned said to me one day, his eyes unfocused. I had no idea who Carl was.

“I thought you wouldn’t come back.”

“I know it’s been hard on you,” he said, barely above a whisper.

“No, I enjoy coming to visit you.”

“You were right telling me to leave.”

“I shouldn’t have asked you to take me in. I didn’t have the right to ask anything of you. A father shouldn’t do that to his son.”

I didn’t know what to say. Continuing to insist I wasn’t Carl wouldn’t make any sense to him. He wouldn’t believe me. It appeared that he needed his son next to him. I asked myself if I should become part of his delusion—if ethically I had the right to do that. I was concerned, in the unlikelihood that his son or wife should visit, how they’d react to someone impersonating Carl. Or what if friends came and Ned told them about a visit from a son he hadn’t spoken to in years? There wasn’t time to get anyone’s advice.

“No, it wasn’t. I hadn’t seen you or your Mom in fifteen years and there I was, asking you for a place to stay. Asking you to care for me. You were right telling me to get out of your life.”

As I struggled to find my next words, his eyes seemed to focus and he said, “I forgive you.” Then, just as quickly as the delusion began, he drifted to sleep. I didn’t know the effect of my decision until the day of his death. When I entered his room, a woman was sitting by his side. I could tell by Ned’s breathing and fixed gaze that he was in a coma and actively dying. She introduced herself as a friend and said Ned had been lucid for a few minutes earlier in the morning and that he’d told her Carl had visited him. “Then,” she said, “He smiled and peacefully lost consciousness.”

Stan Goldberg is a professor emeritus of communicative disorders at San Francisco State University and the author of six books. His latest is Lessons for the Living: Stories of Forgiveness, Gratitude, and Courage at the End of Life.