In his book Polishing the Mirror, bestselling author, spiritual teacher, cultural icon, and consciously aging elder Ram Dass shares his essential teachings for living in the here and now. In this excerpt from the book, which comes out in paperback this September, he recalls a lesson he learned at one of his own teachings. 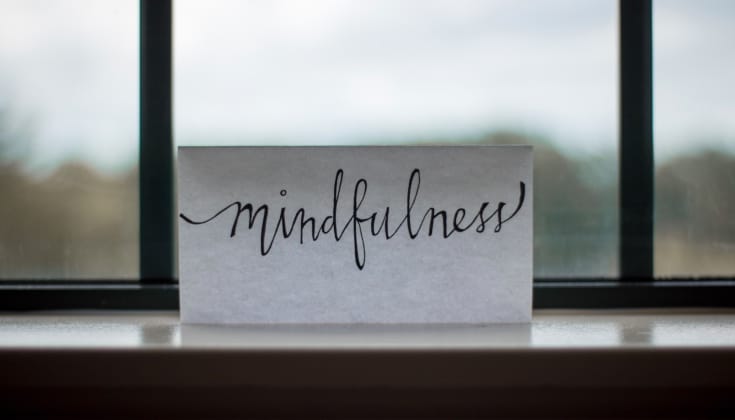 I remember lecturing in a hall once, back in the early ’70s. Most of my audience at that time was young, and they tended to wear white and smile a lot and wear flowers. I wore my māla and had a long beard. In the front row there was a woman of about seventy, who had on a hat with little fake cherries and strawberries and things like that on it. She was wearing black oxfords and a print dress, and she had a black patent leather bag. I looked at her, and I couldn’t figure out what she was doing in the audience. She looked so dissimilar to all the rest.

These talks were like a gathering of an explorers club, where we would come together and just share our experiences. I started to describe some of my experiences, some of which were pretty far out. I looked at her, and she was nodding with understanding. I couldn’t believe that she could understand what I was talking about. I was describing experiences that I had using psychedelic chemicals, experiences that involved other planes of consciousness. I’d look over at her, and there she was, nodding away. I began to think maybe she had a problem with her neck and maybe it had nothing whatsoever to do with what I was saying. I kept watching and getting more and more fascinated and getting more and more outrageous, and she kept nodding and nodding.

At the end of the lecture, I just kind of smiled at her so intensely that she just had to come up and speak to me. She came up and said, “Thank you so much. That makes perfect sense. That’s just the way I understand the universe to be.”

And I said, “How do you know? I mean, what have you done in your life that brought you into those kinds of experiences?”

She leaned forward very conspiratorially, and she said, “I crochet.”

And at that moment, I realized that people arrive at spiritual understanding through a much wider spectrum of experience than I ever anticipated.

Part of the process of awakening is recognizing that the realities we thought were absolute are only relative. All you have to do is shift from one reality to another once, and your attachment to what you thought was real starts to collapse. Once the seed of awakening sprouts in you, there’s no choice—there’s no turning back.

Excerpted from Polishing the Mirror: How to Live from Your Spiritual Heart by Ram Dass. Copyright © 2013, 2014 by the Love Serve Remember Foundation. To be published in paperback by Sounds True in September 2014.

Born Richard Alpert, Ram Dass is the founder of the Love Serve Remember Project and co-founder of the Seva Foundation and the Prison Ashram Project. He is the author of the worldwide spiritual classic Be Here Now (Crown, 1971), and many other books. His most recent book is Polishing the Mirror: How to Live from Your Spiritual Heart (Sounds True, 2013/2014). Visit ramdass.org