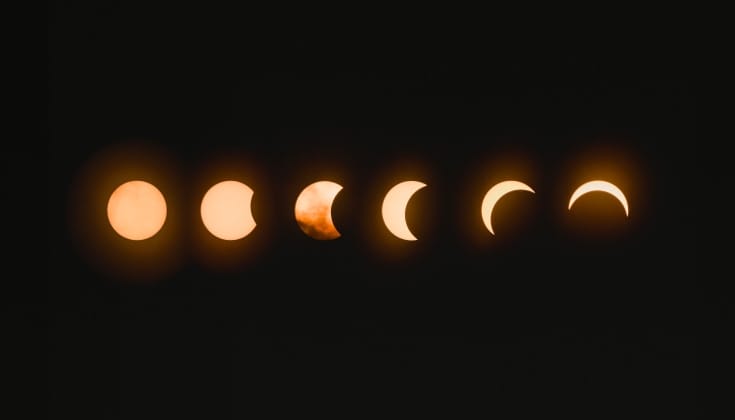 I first realized I was having serious issues with my eyesight when I found myself stranded on stage while performing as a comic M.C., warming up the audience for a local Goth band. At the end of my set I cued the music, the lights went off, and my world went black. Really black.

I had been bumping into things and struggling in the dark for years, but I didn’t think much of it. It seemed better not to. That night, as I stood on stage, surrounded by a treacherous tangle of wires and equipment, with the band playing full on, only inches away, I did the only thing I could think of: I got down on my hands and knees and crawled off stage. Fortunately, this audience had seen it all, so for them it was just business as usual.

Not long after, I submitted to having my eyes poked, dyed, dilated, and photographed. I was diagnosed with retinitis pigmentosa, or RP, a progressive eye disease affecting the retina. I had already lost my night and peripheral vision, meaning no more driving or even riding a bike. Now the doctor was telling me I might eventually go blind.

I remember, with humor, the bone the doctor threw me, thinking it would appease my hunger to understand how the hell this happened. “Well,” he said, calmly, “it’s either genetic, or random.”

Say what? You mean there might be no one to blame?

As a longtime meditator, I had embraced the path as a tool to cut self-delusion. So coming to terms with this new diagnosis meant accepting that there really might be no way out. But even if I could learn to live with my situation, I knew I was going to face difficult thoughts, feelings, and sensations. The first was my fear of being “pathetic.”

Up until the diagnosis, I’d vaguely noticed in myself a warm but essentially condescending relationship toward the blind and other “disabled” people. What I hadn’t quite realized was that my friendliness toward the less-abled poor dears was ever so slightly tinged with a hint of superiority. As I came to see the attitudes I had harbored, my nightmare (other than being run over by a Prius—should a car really be that quiet?) was that I would become an object of pity.

Like it or not, I needed to make friends with my anxiety. I began to relax a bit with my oh-so-groundless situation and put the kibosh on the idea that there was anything precious about my disability. Having a sense of humor helped. I started to refer to myself as “El Blindo” and told people I was hard of seeing. To my relief, I noticed that when I was easy with the reality of my newfound difficulties, other people breathed easier around me as well.

I was handling things well, or so I thought. But that was before England. My sister had offered me a week in London. Sounded fun. Until then, humor and staying in my comfort zone had given me the impression that losing my sight was no big deal. But as I spent a week walking up and down darkened streets with horrifically quaint, uneven, rutted walkways (why is everything there so old?), I felt a whole new universe of terror rise up in me.

I was overwhelmed. I thought I had it all together, and suddenly I was depressed, discouraged, and felt so alone. As I arrived at the dimly lit airport on my way home, I had to ask for special accompaniment to the plane—which I hated. I felt emotionally burned out and grew impatient and irritable as I waited. Can’t you see I’m blind, I thought. Hurry the hell up!

Finally, a stiff-backed, unsmiling blonde in a uniform showed up. I was terse with her. After some minutes of uncomfortable silence I softened slightly. “I’m sorry; I’m having an emotional day,” I offered. “Me too,” she said, in a strikingly unguarded, and very un-English way.

She then explained that her mother had just died and she was now alone. She’d been late picking me up because she was in the back, crying. I had my arm around her shoulders as we walked, shared, and wept all the way to the door of the airplane. Before we parted, we embraced. It felt like a moment of grace.

“Who is not afflicted?” I wondered.

I had felt broken because I could only see myself. I broke open when I saw that this too was part of the human experience. In that tender place of rawness that uninvited change can uncover there is space for something marvelous—a deep and genuine connection with all beings, including ourselves.

I still perform, but now I need a seeing-eye stagehand to lead me to my mark. Sometimes it’s scary, but not as much as it would be if I weren’t doing it at all. But please, if you should happen to see me crawling to the front of a stage, remember, if I ask for a hand, I don’t just mean applause.

Elaine Smookler is a comedic performer and playwright, and the director of communications for the Centre for Mindfulness Studies in Toronto.