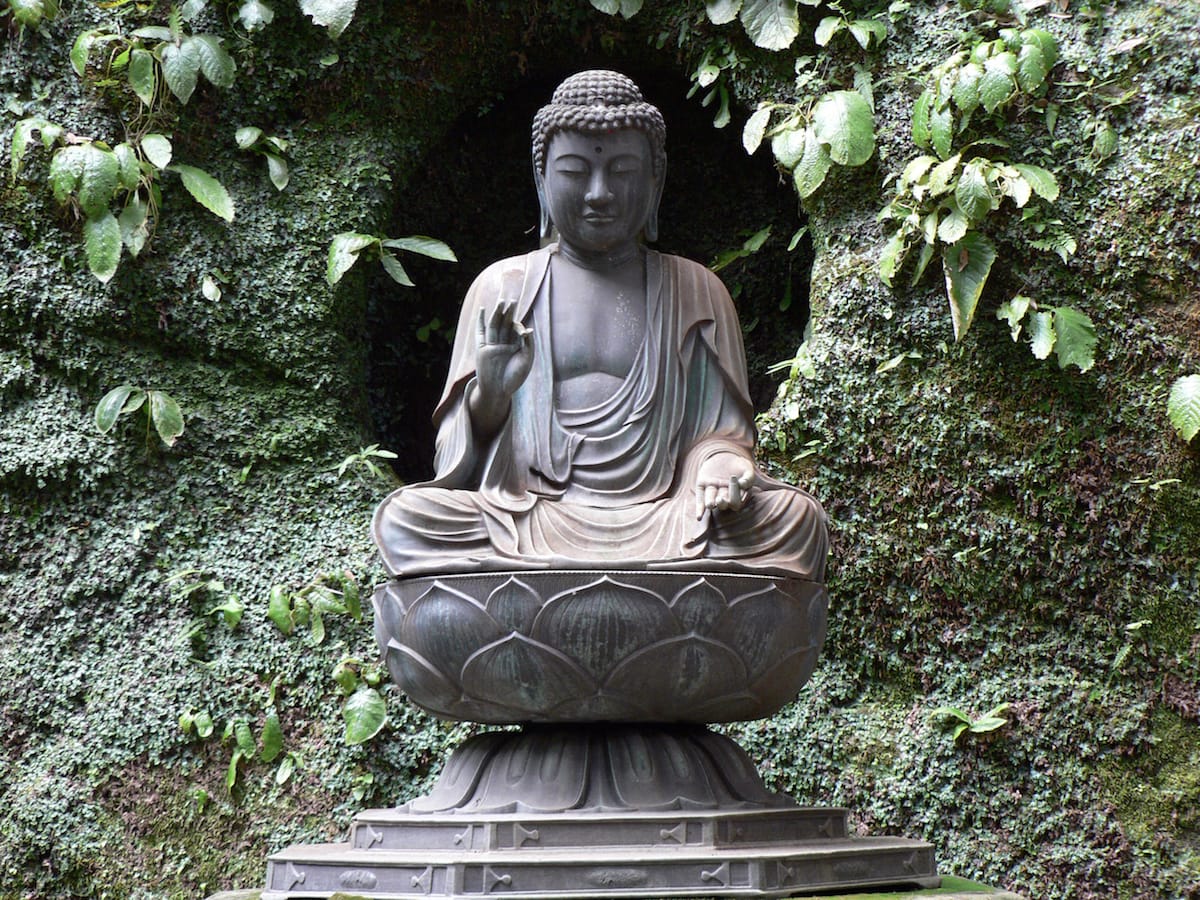 Reginald Ray talks about the four foundations of mindfulness. When we look closely into our bodies, he says, we find “nothing but space, drenched in sunlight.”

The four foundations of mindfulness represent one of the earliest and most universally practiced teachings on Buddhist meditation. As classically given in the Theravadan tradition, these foundations are mindfulness of body, feeling, mind and mental events.

Within the Buddhist world there are many different ways in which this teaching is articulated and practiced, depending on historical period, school, lineage and individual teacher. One of the most interesting approaches, taught within the Tibetan tradition, sees the four foundations as part of a single meditative progression. One begins with meditating on the body, the most obvious and accessible “object” of attention, then progresses to feeling, mind and contents, each of which is progressively more subtle than the last.

What is most intriguing about this approach is that it sees the four foundations as progressively deeper and more refined explorations of the nature of the body itself. I would like to provide a brief description of this teaching as a particularly clear illustration of the way the body and its spirituality are understood, not just in Tibetan Buddhism but more widely in Buddhism as a whole.

The first foundation includes various practices for developing mindfulness of the body. In this context, the practice of mindfulness involves developing the ability to hold the attention in a sustained way on some aspect of our physical body, such as posture, lower abdomen or legs. The most commonly taught of these practices is mindfulness of breathing.

Mindfulness of the body progresses through two stages. To begin with, we are not aware of our actual body but only of a mentally projected version. In other words, what we think of as our body is exactly that, a mental picture based on concepts and projections, rather than the real thing. So to begin with we meditate on our mental version of our legs, our abdomen or our breath.

Let us take mindfulness of the rise and fall of the diaphragm in the lower abdomen as an example. One directs awareness to this part of the body, attending to the rise and fall on the out-breath and in-breath. As we practice, our attention touches our diaphragm, then flies off into thinking. Gently but persistently, we bring our awareness back to the abdomen. Though each day and each week will have its ups and downs, over the long haul, we notice an increased ability to sustain our attention on our object of meditation.

Up until now, this process has been like catching repeated glimpses of someone in a crowd. In such a situation, you can’t really get to know the other in any real way. Through practice, however, we are able to hold our attention in the proximity of our abdomen for periods of time, and we begin to find out some interesting things. We begin to notice that while we thought we were paying attention to our abdomen, we were not actually aware of the literal physical sensations of this part of our body. Instead, we were hovering above it, with some slightly abstract idea of what those sensations might be.

We begin to realize we have been holding on to a coherent picture of our abdomen that has little to do with the actual sensations lying beneath. In fact, we see that our coherent image is actually getting in the way of experiencing the literal, naked sensations of our body. Through attending mindfully to our abdomen, we find ourselves digging down through layer upon layer of mental covering.

As we do so, we feel we are coming closer to actually experiencing the sensations of the rise and fall of the diaphragm. But strangely enough, the closer we seem to get, the more intangible and incoherent the “sensations” become. They are constantly changing in location, intensity, temperature, duration and so on. And they don’t present any kind of stable image. In fact, they don’t present any image or profile of our abdomen at all. Beyond this, the more we attend to these sensations, the less confident we feel in identifying them even as “physical.”

At this point, we may go to our mentor, feeling that we are stuck, and ask for help. He or she is likely to tell us, however, that we have moved into the second foundation of mindfulness, that of feeling. This second foundation involves developing mindfulness of energy. This energy is still physical in a sense, because it is viscerally felt. However, it is fluid and intangible rather than solid, concrete and fixed.

Here is the critical point: the energy that we are mindful of is not something different from the physical body, the object in the first foundation. In mindfulness of the feelings, we are still mindful of the body but it is now experienced on a deeper and more subtle level. We are still paying attention to the rise and fall of the diaphragm, but now we are finding that what we previously thought were physical sensations are in fact patterns of energy.

As in the practice of the first foundation, here there are two levels of experience. At first we may be paying attention to energies such as heat and cold. But as we attempt to attend to these feelings, we begin to realize that these are only analogies, because heat and cold already have concepts attached to them and thus have a strong mental component. The energy gradually begins to disclose itself as an elemental sensation we interpret as heat or cold. When you get right down to it, it just feels like intensity. The energy that we are to be mindful of is related to emotion, but it is emotion with the story line stripped away: it is the elemental quality behind fear or longing or anger. In this foundation, we are to attend just to the bare feeling of the energy.

We begin by paying attention, for example, to fear. We turn our attention to the feeling of fear, we look at it, we sense it, we enter into it. But the more we attend to this feeling, the less we seem to know what it is. The more intimately we make its acquaintance, the more what we call fear seems to be slipping away and we are left with something without a name and even without a face. The closer we come, the more we find ourselves looking through the fear into something else.

This something else isn’t anything at all. It is empty space, though space that is bright and lucid. This is the third foundation, mindfulness of empty space. It isn’t that the energy has disappeared, but it is no longer the compelling object of meditation. It is as if we are gazing into vast space and this space is drenched, as Tulku Urgyen says, with sunlight. The sunlight is the energy that gives space a subtle demeanor, but it is the space that we are tuning into in this foundation. Most important, the object of the third foundation of mindfulness is still our body. It is just that now we experience our body on an even deeper and more subtle level. Ultimately, this body of ours is nothing but space, drenched with sunlight. Again, there are two levels in this practice. At first we may find ourselves gazing into empty space. And then, as we attend, we may suddenly find that there is no one looking: there is just space looking at itself.

In one sense, the experience of this ultimate quality of our body is the end of the line—a “dead end,” in Chˆgyam Trungpa Rinpoche’s words. Within this space, however, things arise and disappear. In the fourth foundation, resting in the nowhere place of the third foundation, we now look back at our thinking that created so many obstacles for us in the first place. However, we don’t latch on to thoughts and build on them as we did before. Now, we simply discover what they show themselves to be. Without our investment or maintenance, they appear abruptly and flash away into nothingness, without leaving a trace. As the Mahamudra tradition says, now thoughts show themselves as just expressions of space, momentary expressions of awareness that come and are gone in an instant.

We can see now why the Western denigration of the body as “just physical” and not spiritual is read within Buddhism as such a terrible mistake. Now the tantric injunction to respect, honor and revere the body makes sense. Now we comprehend Saraha’s statement that within the body everything can be found. And now we can understand the meaning of the early Buddhist dictum that realization is attained by experiencing nirvana in the body.