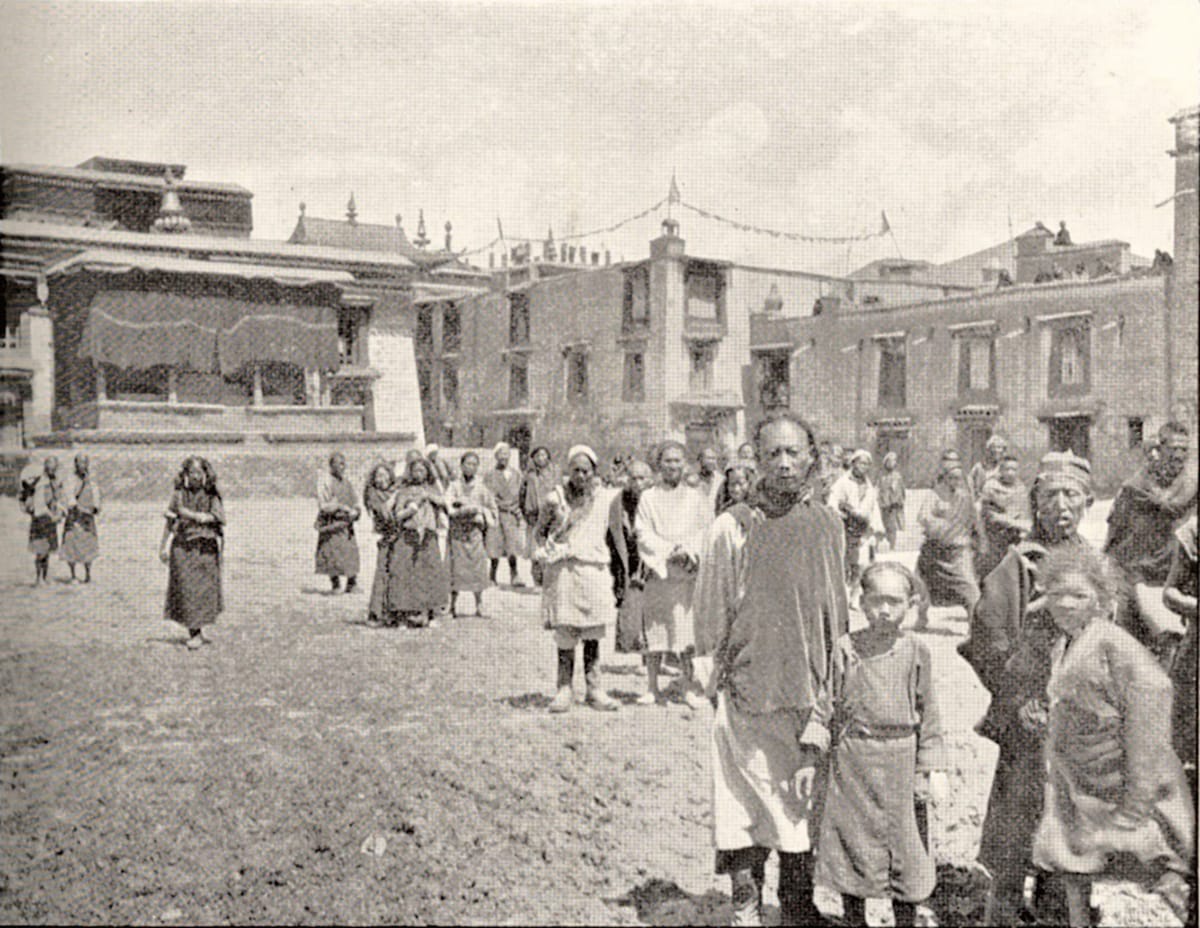 The All-Pervading Melodious Drumbeat (Penguin 2015) tells the story of Ra Lotsawa Dorje Drak, the accomplished eleventh-century yogin and translator who “compassionately” killed people with his ritual powers. Written by Ra Yeshe Senge in the late twelfth century and expertly translated and introduced by Bryan J. Cuevas, the text paints Ra Lotsawa as a kind of “Buddhist antihero” wandering around Tibet and South Asia mastering tantric practices and doing magic in service of the dharma. In one episode, we find him ritually killing Khon Shakya Lodro, the father of the founder of Sakya Monastery, which is framed as a supremely kind act since Shakya Lodro had become riddled with jealousy and malice; by killing him, his consciousness was dispatched to Manjushri. Prior to this, Avalokitesvara, the bodhisattva of compassion, visits Ra Lotsawa in order to encourage him to do it, which provides additional justification for the act but leaves questions about the nature of compassion in Ra Lotsawa’s world.

Christopher Beckwith’s Greek Buddha: Pyrrho’s Encounter with Early Buddhism in Central Asia (Princeton 2015) is one of the boldest books on Buddhism I’ve read. A highly accomplished scholar, Beckwith attempts to dismantle a number of beliefs about the historical Buddha, arguing, for instance, that the Buddha was not born in present-day Nepal to a “Shakya clan” but rather was a Scythian—a nomadic ethnic group that Indians called the “Sakas.” The Buddha was therefore a foreigner known by the title “Sakamuni,” or “the Sage of Scythians.” Beckwith also suggests that the Buddha may have been the first person to popularize wandering asceticism in India, and that his ideas were developed in response to Zoroastrianism. Alongside these and other fascinating claims, Beckwith attempts to show how the Greek philosopher Pyrrho, who travelled to India with Alexander the Great, developed his philosophy after encountering Buddhism, suggesting that Buddhism exerted considerable influence on the development of philosophy in the West.

A Historical Atlas of Tibet

Tibet’s landscape and religious sites have long fascinated seekers and scholars, yet good (or even basic) geographical knowledge of the Tibetan cultural area remains something of a rarity. This in part has been due to a lack of good resources, which Karl E. Ryavec’s A Historical Atlas of Tibet (Chicago 2015) goes to tremendous lengths to correct. In this beautiful full-color volume, twenty years in the making, Ryavec maps Tibet from Palaeolithic times to the present day, producing an incredible resource for understanding Tibet’s history from the ground up.

Buddhist studies scholar John S. Strong is known for his outstanding work on the life story of the Buddha and the importance of the Buddha’s relics in the development of Buddhist tradition. In his Buddhisms: An Introduction (Oneworld 2015), Strong offers a nuanced examination of the history of Buddhism more broadly, from its early phases to modern developments. He explains that his goal is to do justice to both the multiplicity and unity of Buddhist tradition, starting with a tour of a remarkable site: modern-day Lumbini, Nepal, famed as the birthplace of the Buddha. Strong leads us around Lumbini’s temples and centers, from the Mayadevi Temple marking “the spot” where the Buddha is said to have been born, to the Gautami Center for Nuns founded by the Nepalese Theravadin nun Dhammavati, to a Chinese monastery that emulates ancient Chinese architecture. This “bewildering variety” of sites reflects the complex story of Buddhism around the world, yet Strong notes the unity in their shared focus on the Buddha Shakyamuni.

The Buddha on Wall Street

The Buddha on Wall Street (Windhorse 2015) by Vaddhaka Linn gives a timely assessment of the dangers of neoliberal capitalism, drawing on Buddhist ideas to suggest correctives to the unchecked greed driving crises around the world. While self-transformation is a critical ingredient, Linn argues that becoming more educated in economics and engaging in politics and the education of one’s community are also essential to a Buddhist plan of action, as are thinking through alternative approaches to work, business, and even one’s choice of diet.

Khetsun Sangpo Rinpoche (1921–2009) was the first major Tibetan Buddhist master I met, and I was immediately struck by his gentleness and brilliance as a teacher. The talks he gave in Toronto late in his life were lucid and inspiring, and his willingness to discuss some of the Nyingma tradition’s most profound teachings surprised even his own Tibetan disciples. In Strand of Jewels (Snow Lion 2015), compiled, translated, and introduced by Anne C. Klein, we gain access to his pith instructions on Dzogchen together with detailed oral commentary. As Klein writes in her introduction, this work is not meant just for reading but is designed to encourage and sustain “lifelong practice, fully informed by Dzogchen perspectives.”

Jeffrey L. Broughton’s The Chan Whip Anthology (Oxford 2015) presents in translation a 400-year-old guide to Chan Buddhist practice, which focuses on cross-legged sitting and the work of “keeping an eye on the cue.” The latter is the famous gong’an (Jpn., koan) practice that involves focusing on a single term or phrase until progress is made toward “smashing the birth-and-death mind.” This text is credited with reviving gong’an practice from the seventeenth century onward, and its engaging tone makes it a great resource for modern meditators.