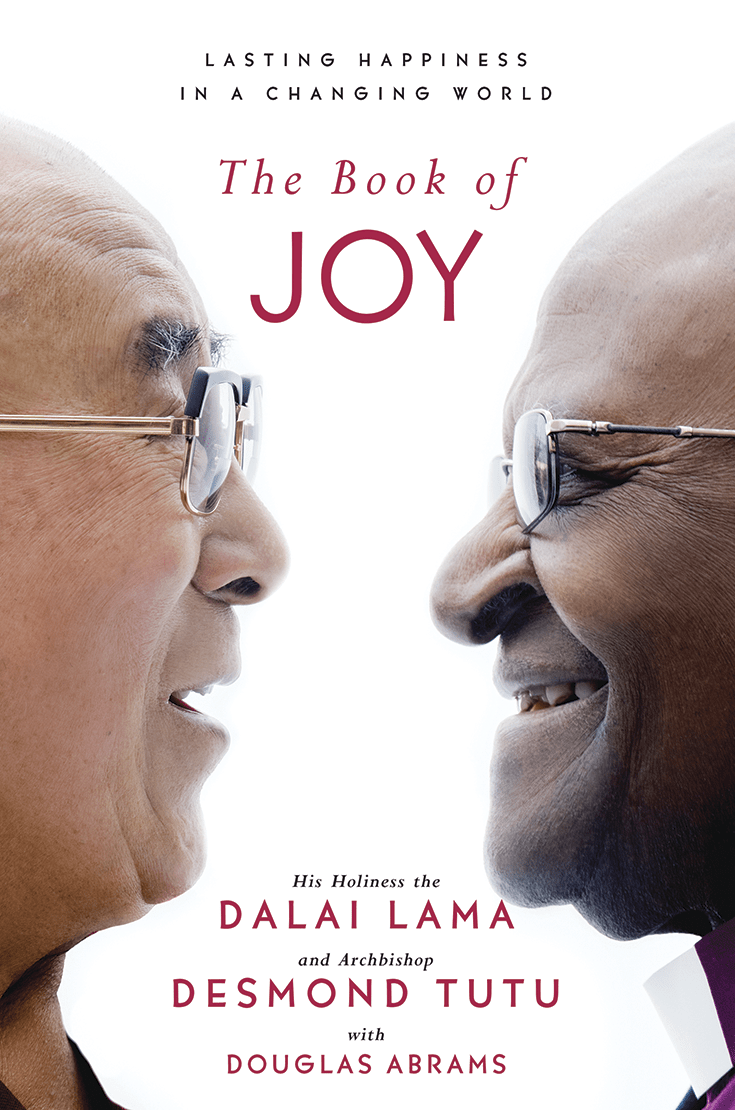 The Book of Joy

Lasting Happiness in a Changing World

When His Holiness the Dalai Lama decides to meet someone at the airport near his home in Dharamsala, India, it involves a major logistical operation that shuts down a main road and clogs up the whole city. Nevertheless, in April 2015, the Dalai Lama was there on the tarmac, waiting for his good friend Archbishop Desmond Tutu. Over the next week, these two great spiritual leaders supported each other, with occasional affectionate teasing, while together they prayed, meditated, and shared ideas. The Book of Joy chronicles this visit, in particular their dialogue about how to find enduring happiness in the face of life’s inevitable suffering. The conversation is informed by their respective spiritual traditions and their personal experiences marked by the struggles of their peoples. Since neuroscience and experimental psychology support their conclusions about happiness, the book’s narrator, Douglas Abrams, weaves in the latest research in these fields. The Book of Joy ends with a selection of practices. 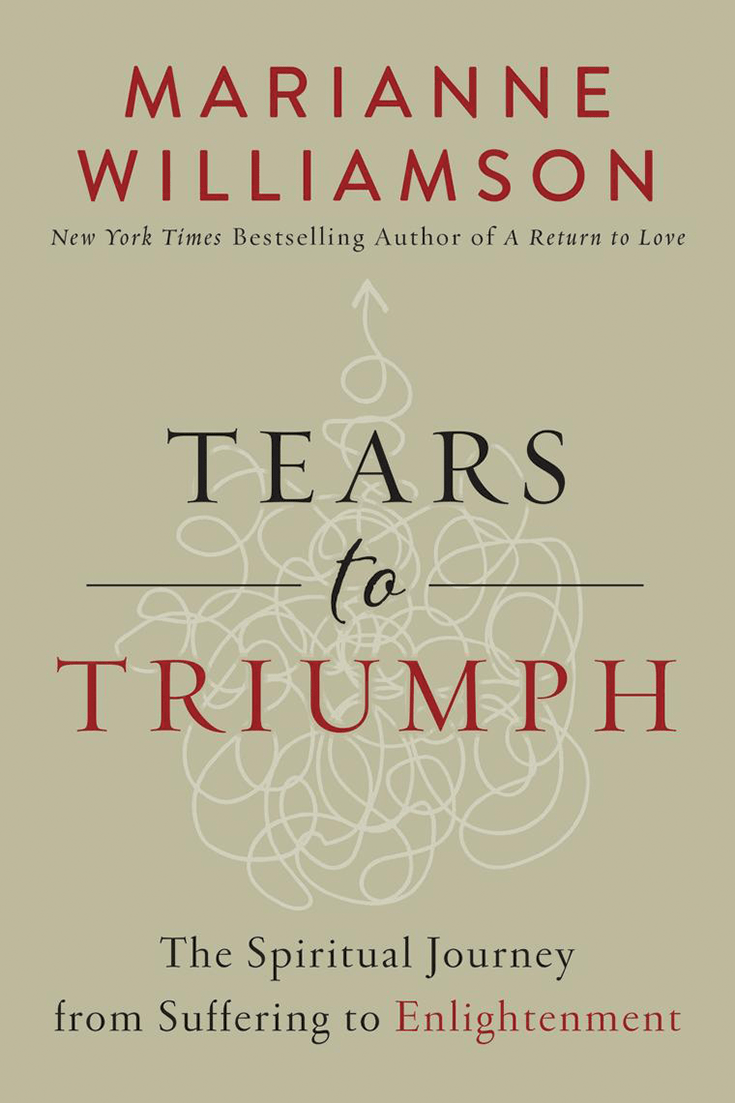 The Spiritual Journey from Suffering to Enlightenment

We all go through difficult times. We lose people we love and find ourselves grieving. We face failure and disappointment and bouts of inexplicable sadness. For some of us, the pain can be acute, even debilitating. This is the human condition, for which Marianne Williamson offers a natural remedy: the application of love and forgiveness as medicine. Her approach is thoroughly grounded in religious principles, especially those of Christianity, Judaism, and Buddhism. What we learn from Jesus, Moses, and the Buddha, she says, is that when we numb or avoid our pain, we avoid our own growth. At the deepest level, the only way to heal our suffering is to investigate it. 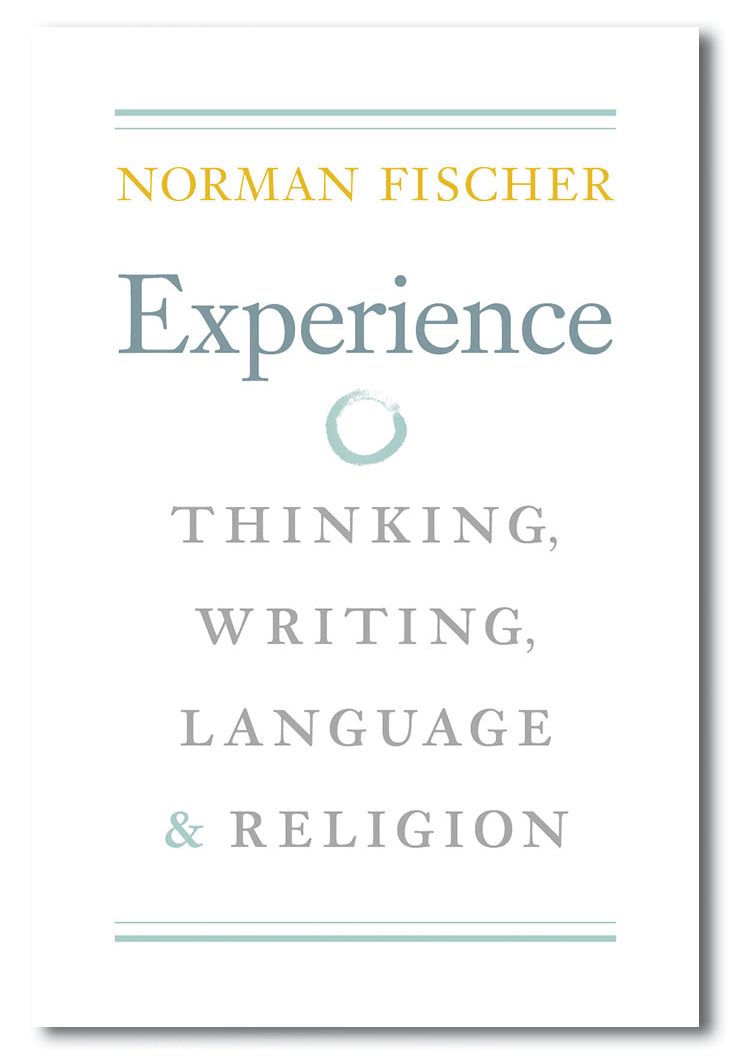 As a prolific poet and writer, Norman Fischer has spent a lifetime working with and being fascinated by words. But he is also a Zen Buddhist priest, a former co-abbot of the San Francisco Zen Center, and the founder of the Everyday Zen Foundation, and Zen is famously wary of words. Words, after all, have a tendency to eclipse direct experience. In Experience, his magnum opus, Fischer delves deeply into language, spirituality, and the ways they connect with and contradict each other. “Language is, on the one hand, a prison,” he says. “We’re locked inside it, created by, defined by, it, and can only see as far as we can say. On the other hand, language frees us: it unlocks our imagination, allowing us to reach out to our world and to fly beyond it.” Fischer is a frequent contributor to Lion’s Roar, and several of the essays in this collection were originally published on our pages. 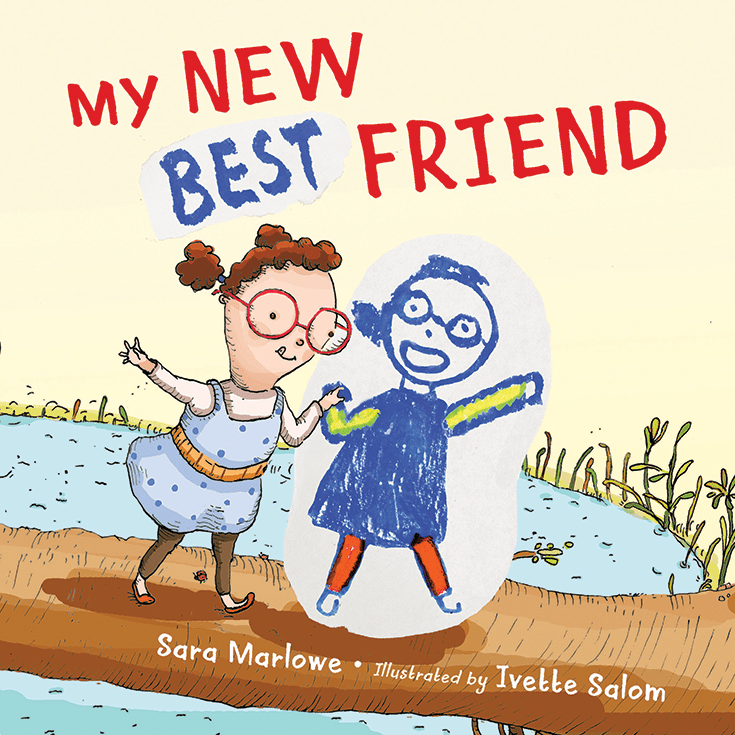 Most of us try to be nice to other people, but often, we don’t offer that consideration to ourselves. My New Best Friend is a charming picture book that aims to teach kids age four and up how they can be kind and patient with themselves. The book’s protagonist, a little girl with pigtails and red glasses, has known her new best friend all her life—but they’ve only recently become friends. The best friend is the little girl herself! She comforts herself when she feels sad, encourages herself when she’s feeling frustrated, and offers herself compassionate words and warm wishes every day. The little girl knows herself better than anyone else knows her and she will always be there for herself. 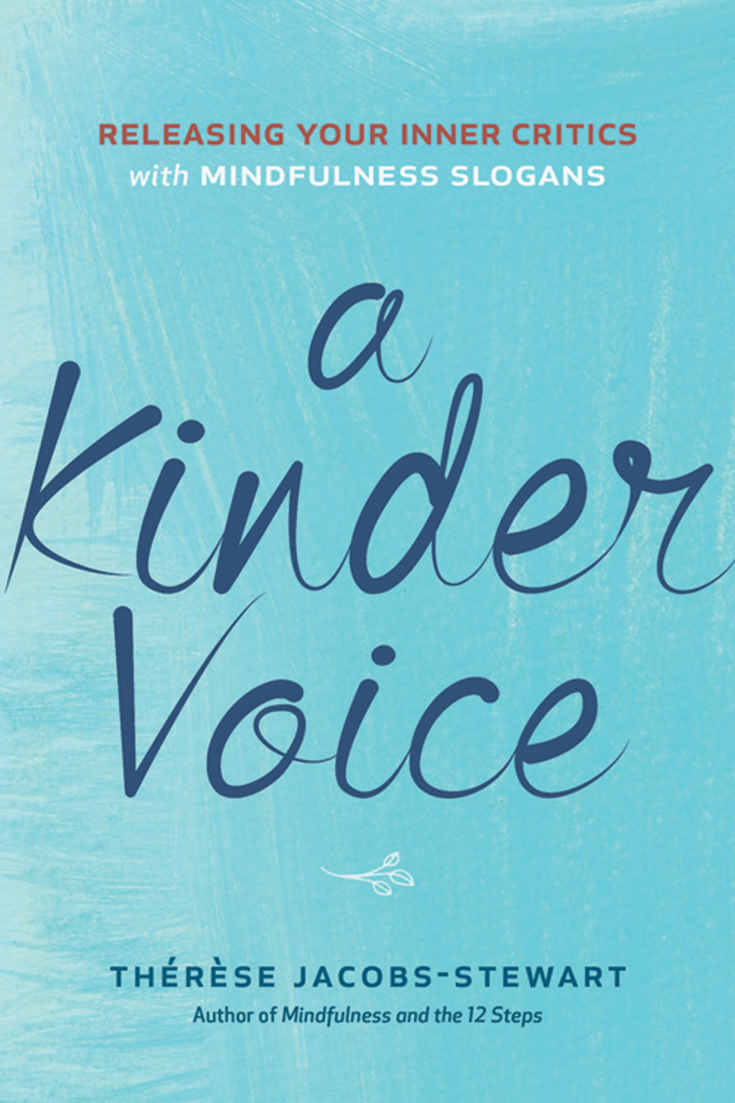 A Kinder Voice is for adults what My New Best Friend is for children. It’s a guide to dealing with low self-esteem—chronically thinking that what we are and what we do isn’t good enough. The tool that Thérèse Jacobs-Stewart employs for working with our inner critic is the Buddhist practice of lojong, or mind training. It was developed in Tibet by the yogi–scholar Atisha (982–1054) and, for years was taught only orally to an inner circle of disciples. Then Chekawa Yeshe Dorje (1101–1175) made the teachings more widely accessible by composing The Root Text of the Seven Points of Mind Training, in which he summarized the lojong practices into fifty-nine pithy aphorisms or slogans. In A Kinder Voice, Jacobs-Stewart offers commentary on six of the slogans, including “Rest in the openness of mind” and “Begin kindness practice with yourself.” The idea is that once we’ve spent enough time with them, the slogans become a natural part of our thinking process, and instead of being mired in negativity, we’re more compassionate with ourselves and others. 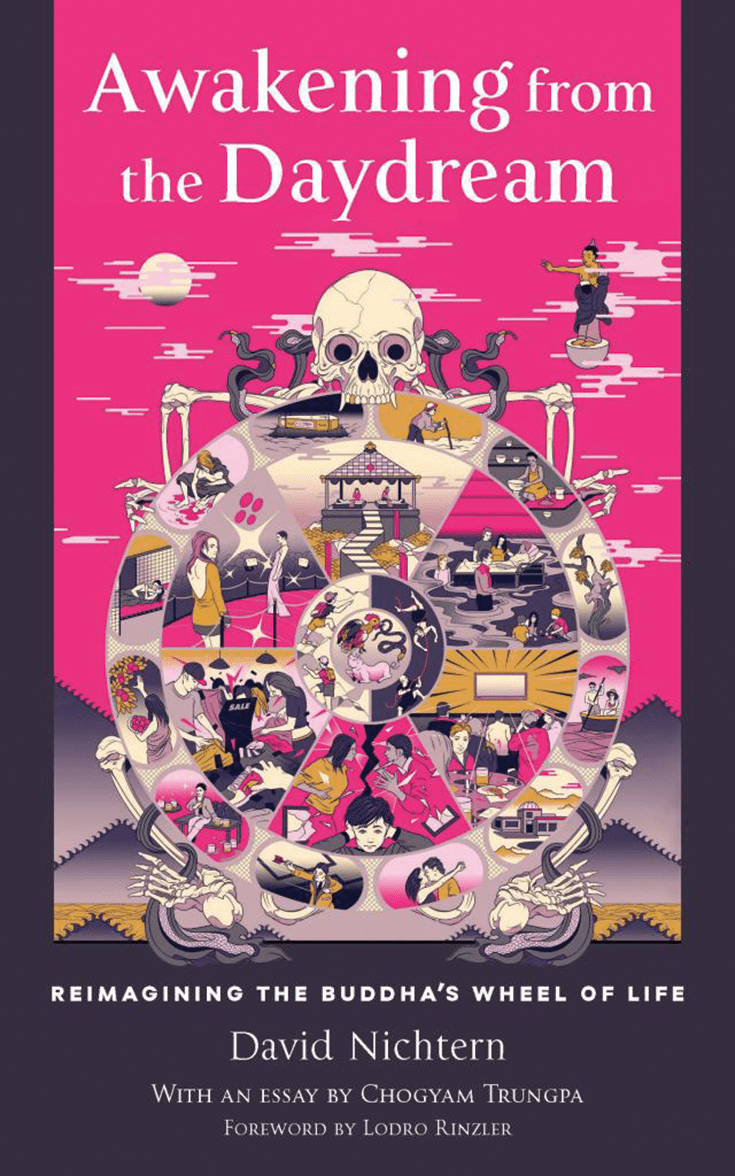 Awakening from the Daydream

Reimaging the Buddha’s Wheel of Life

According to tradition, the Buddha himself directed the creation of the original Wheel of Life painting and gave it to an Indian king. The king contemplated the allegorical image and immediately attained enlightenment. In Awakening from the Daydream, David Nichtern’s emphasis is on the circle that represents the six realms of samsara—the god realm, the jealous god realm, the human realm, the animal realm, the hungry ghost realm, and the hell realm. Traditionally in Buddhism, these six realms are viewed as actual, objective destinies into which one can be born, but Nichtern focuses on them as psychological and emotional states that we cycle through over the course of a lifetime, and maybe even over the course of a day or an hour. Unpacking these six states of mind and their emotional foundation, he shows us how we can use the Wheel of Life teachings, in combination with meditation practice, as a path to self-awareness and emotional freedom. ©