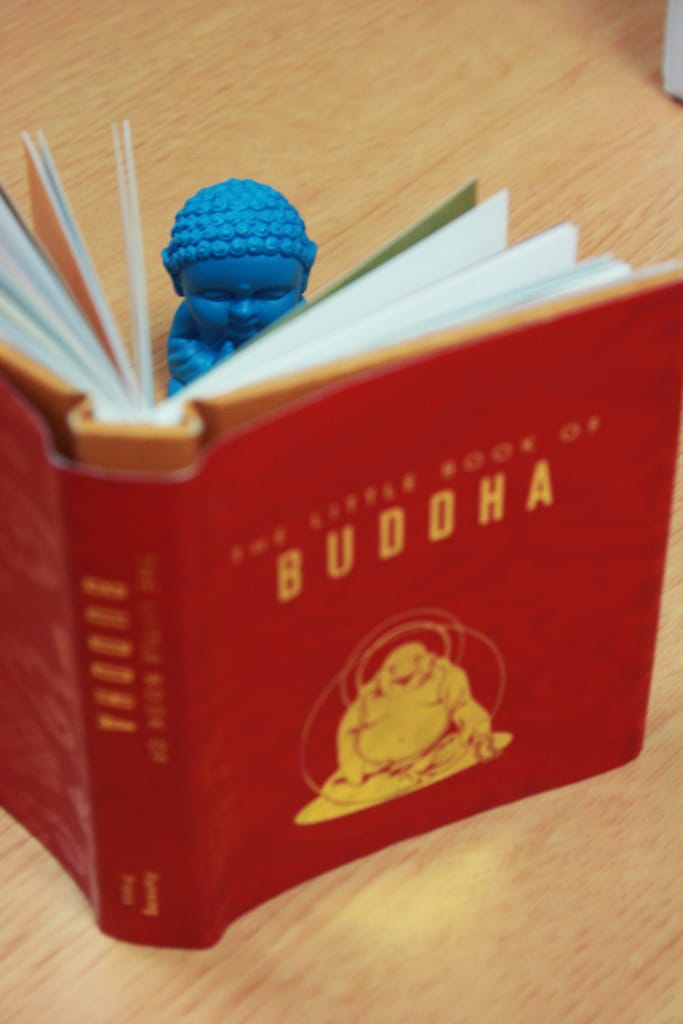 According to Reginald Ray, Buddhist philosophy and practice can’t be separated. Once you understand, through study, what the Buddha is saying about his own awakening, you are already within the fiery process of the path.

My recent essays have been exploring the phenomenon of the “self” and how it arises moment by moment out of the underlying, boundless awareness within, which is known as buddhanature, or “non-self.” As we have seen, most people are more or less wholly identified with their conditioned “self” and unaware of the awakened state at the foundation of their being.

This continual birth of the “self” out of the non-self was precisely what the Buddha discovered in a final and complete way on the night of his enlightenment. He found that once the non-self of enlightenment is fully realized, the limiting, painful fiction of a “self” has no further footing. The Buddha’s discovery was elaborated in the four noble truths.

In the modern world, the four noble truths are typically seen as the core of the Buddhist “analysis” of existence, and are often considered on a par with the theoretical models of other philosophical or theological traditions. Many people in the West take considerable interest in this Buddhist “analysis” without engaging the more practical aspects of Buddhism. Often the practice of Buddhism is seen as unnecessary when it comes to assimilating the basic message of the Buddha.

This point of view raises a very interesting question: to what extent can the Buddha’s discovery really be separated from the path of practice?

The Buddha’s earliest teaching makes it clear that the foundation of Buddhism is not a philosophical assertion or doctrinal analysis, but the description of a liberating experience. This is reflected in the often repeated statement that the Buddha’s intention was not to teach about the nature of reality but to lead others to the very same experience of awakening that he himself had found. In this sense, Buddhism is ultimately not a set of concepts or beliefs but a method. While the tradition certainly has its share of doctrine and philosophy, it holds that these are to be judged by the extent to which they lead to awareness of the non-self within, and to concrete, personal liberation.

Buddhism is adamant and consistent on this point: nothing in the tradition stands outside of the exigencies of the path. For example, the “doctrines” of self and non-self are not statements about reality; they are not even conceived as concepts leading to something else more practical. Rather they are already integral parts of the path. To be exposed to the idea of the awakened buddhanature that underlies unsatisfactory egoistic experience is already to be within the process of the path, even if one’s initial reaction is resistance. This is why Buddhist teachers often stress that study and meditation cannot really be separated; study is already practice, not something apart from it.

The Buddha’s experience also implies a very specific method of transformation: meditation. If the awakened state already exists in its fullness and perfection within us, then obviously all we need to do is to remove the obstacles obscuring our own inborn wisdom and cultivate awareness of it. In Buddhism, this is brought about by many different methods and means. In spite of their variety, however, they all have the same intention and lead to the same point. Therefore they are gathered under the general rubric of “meditation.”

It’s interesting that in traditions which emphasize original sin or the essential depravity of human nature, the conditioned “self” is often seen as the only defense against underlying fallibility or evil. Such traditions often express a distrust of the meditative process and warn their adherents against its practice. The most logical recourse for such traditions is to abandon the resources and possibilities of the human person, and seek salvation elsewhere, from an external source such as a savior, a book, a ritual or an institution. Modern materialism and consumerism are perhaps little more than secular expressions of this same negative and despairing view of human nature, except that here the external “savior” is wealth, material possessions, power, comfort and security.

Perhaps most surprising is the way the Buddha’s core discovery implies a path with a very specific structure. Thus, one begins with the suffering of the delusional, illusory ego, progresses through a process of transformation and ends in a realization of “oneself” as nothing other than the freedom of enlightenment. In traditional Buddhism, these three stages are understood as purifying our deluded sense of “self,” cultivating a sense of the buddhanature within, and realizing the awakened state.

As Pema Chödrön says, we begin where we are—with our habitual, pernicious self, solid and mostly unaware of anything beyond itself. The beginning of meditation involves simply sitting and attending to the breath. Usually we start out completely invested in our thinking process. Our attention to the breath represents a withdrawal of investment from our concepts. This is accompanied by insights into what is occurring in our minds. We may think, “It’s my mind, of course I know what is going on in there.” But in fact most people have very little idea of what they think about all day long, so fixated are they on the future and the past.

This initial stage of the path is often experienced as eye-opening, painful and depressing. We begin to see that most of our mental process is defined by grasping, hunger, pride, territoriality, arrogance, irritation, resentment and hostility. We see that our “compassion” is actually phony and hollow, that we really care very little about others. We find that most of our relations are poisoned by jealousy, competitiveness and paranoia. Basically, we are a mess, hardly the lofty spiritual practitioners we may have been imagining.

Surprising as it may seem, such discoveries already represent the breaking through of the buddhanature into our sealed off, solipsistic ego-world. What we see may be quite daunting, but the seeing itself is clear, accurate and, in a way, selfless. These discoveries act as powerful purifiers, cutting through our illusions and undermining our investment in our “self.” They may leave us feeling shaky and vulnerable, as if what had been previously relied upon is no longer viable.

In the context of the process of purifying, which continues as long as we have a “self” we hang on to, we begin to realize something else: that our supposedly solid, continuous “self” is far more impermanent, porous, transparent and insubstantial than we had thought. This, in turn, leads to some very interesting developments, corresponding to the stage of cultivating.

First, we begin to sense something of a very different nature peering through our compromised sense of “self.” Like the sun just peeping through a heavily overcast sky, on the “other side” of our ego we begin to detect something that is brilliant, powerful and pure. This is the inherent nature of our own wakefulness spoken about in Buddhist texts. Upon beginning to sense this, we don’t know what to think. It is like when we first see something unexpectedly strange and wonderful, we are often left in a state of mind that is bewildered in a positive sense. We feel a kind of magical stillness and openness, not knowing what to think, yet utterly content in that state.

Our conditioned “self” has begun to undergo a transformation. It is in the process of becoming softer, more open and more receptive. Some of its arrogance, certainty and neurotic consistency is beginning to fall away. We find ourselves less fixed, stubborn and rigid. We discover genuine warmth within ourselves and find a natural caring and responsiveness for others beginning to emerge.

A further development follows naturally: we begin to discover confidence in the process of meditation, painful though it may often be, and in the gradual dissolving that it brings. When we suffer little ego-defeats or momentarily lose track of who we are, we are able to relax and appreciate the opportunities these experiences bring. This confidence is felt as a growing contentment, self-sufficiency and, dare one say, happiness. Importantly, these feelings are not conditioned—they do not depend on external circumstances being this way or that, or on things “going our way” or “working out.” It is an unconditioned feeling of well-being that enables us to surrender willingly to our own impermanence and delight in whatever provokes it. At this stage, we find meditation much easier, and instead of a mostly painful process, something refreshing, delightful and approached with anticipation.

As these processes of purifying and cultivating mature, they begin to support each other. The more we sense the vast backdrop of awareness behind our limited and ever-changing psychological life, the softer, more open and more trusting in experience we become. This in turn leads to an increasing sense of the unbounded non-self that is our ultimate nature. Even when we are caught up in some neurotic psychological drama or frenetically running around in our daily life, there is always this “other thing” going on: we have an increasing sense of this utterly still, fundamental “non-self” behind and supporting it all. Of course, this is not realization in a final sense, but it is nonetheless a genuine taste of the awakened state, showing us where we are heading and leaving us with a subtle but very real joy in the fact of our human life.

In this way, the Buddhist path, its core methodology and its basic structure are all already implicit in the basic discovery of the Buddha concerning “self” and “non-self.” There is no such thing as a Buddhist perspective or Buddhist philosophy without practice. Once you actually understand what the Buddha is saying about his own awakening, you find yourself already within the fiery process of the path.