In this excerpt from her new book co-edited with Cheryl A. Giles, Black and Buddhist, Pamela Ayo Yetunde offers advice for POC considering entering a dharma community, and shares the importance of utilizing Right Intention when doing so. 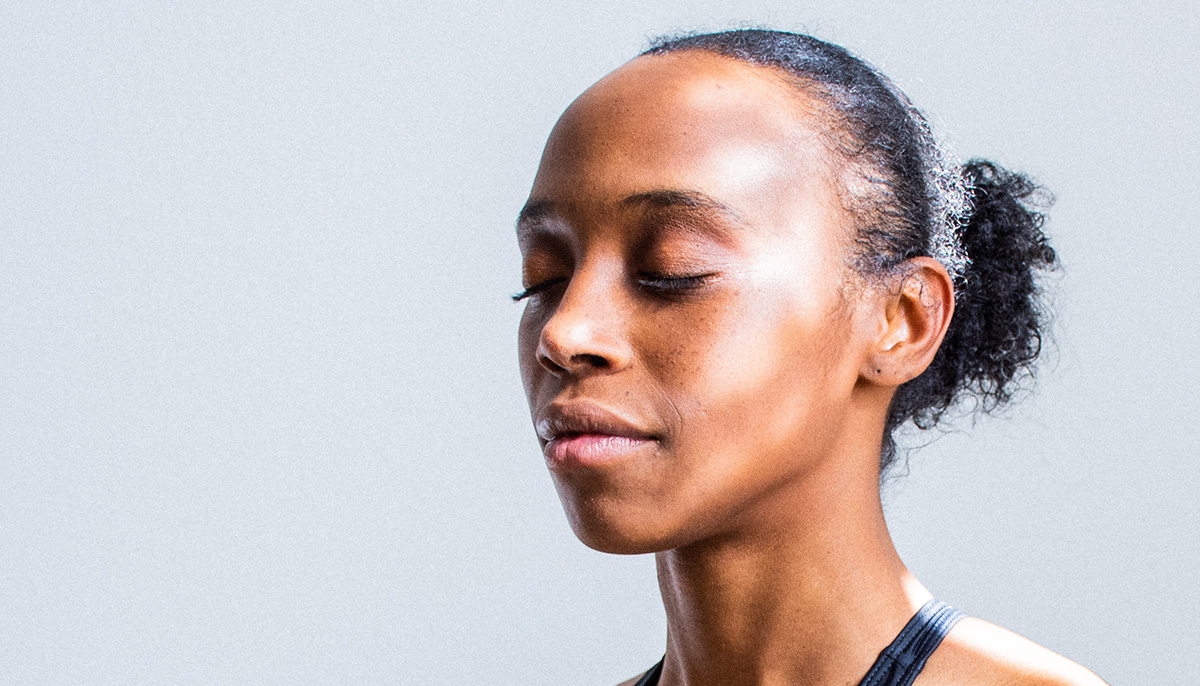 Voluntary segregation by black folks in the twenty-first century United States is puzzling to many people. I was saddled with my own resistance to POC sanghas for many years until several race-tainted incidents convinced me otherwise.

I was born into a Christian family. While growing up, no one ever told me I had a choice of religious and spiritual paths. Though my positive encounters with Buddhism were arguably providential, were also indicative of something more. African Americans do not come to sangha through the force of the intergenerational transmission of slavery, Jim Crow, segregation, and vigilantism, which used Christianity to keep black people in subjugation (even though it was turned back on the oppressors in liberative theologies of resistance). We come to sangha through freedom of choice. For those who freely choose Buddhist sanghas, it is not always clear what exactly is being chosen, but the appeal of quieting the mind (through meditation, chanting, or other devotional practices) is a draw.

POC sanghas can be places that help us return to who we truly are and have always been.

Knowing your intention when you choose a dharma community is critical to evaluating your experience of that sangha. How can Right Intention—the path factor in the Noble Eightfold Path that says suffering ends, in part, when wholesome desire is cultivated in the mind before acting—be brought to choosing a sangha? POC sangha teachers and leaders do well when they take our cultural-existential situation into consideration in crafting and providing talks on topics such as safety and insecurity, building solidarity, cultivating resiliency and joy, and balancing the experience of being othered with practices in lovingkindness and compassion. Leaders and teachers can do so in ways that do not compromise the dharma but give cultural and contextual treatment to the dharma. In this way, as POC listeners hear the dharma, their experience is enriched and made practical through cultural interpretation and application

POC sanghas are refuges from many things, containers for a variety of experiences, pathways to true community, and places of liberation from isolation and alienation. Healthy POC sanghas promote freedom and resiliency. They can be crucibles for transforming old habits, but more than that, POC sanghas can be places that help us return to who we truly are and have always been — the no self that is undivided, aware, free, confident, compassionate, fearless, empathetic, and responsive.

For POC who are brand new to Buddhist sanghas and are entering these sanghas for liberation from the suffering racism inflicts, I recommend first trying to find a POC sangha or affinity group. I suggest this not because I believe all mostly white or all-white sanghas support racism, but because a large concentration of whiteness (a collective representation that may be interpreted as hostile) will likely compound the suffering a POC is trying to transform. If there is no POC sangha in your area, you can start one. If there is a POC sangha, you may find yourself welcome there, but it would be helpful to enter it knowing that there may be disagreement or discord. In other words, go in without the delusion that POC sanghas offer complete safety. Understand that all communities need to figure out what they are going to be and how they are going to operate. The stereotyped fantasy that Buddhism results in the elimination of conflict and that “good” meditating Buddhists are emotionally unperturbed will not be helpful in building and maintaining POC sanghas.

When entering a POC sangha, tell them why you are there and ask them if they will support you in your practice. If the answer is “no,” then you will know you are not welcome. If the answer is “we’ll try,” then give them the chance to meet you where you are. This will require vulnerability, transparency, receptivity, and humility. Why humility? You are entering into a belief system and community you are not familiar with. It will take some time before you come to your own conclusions. 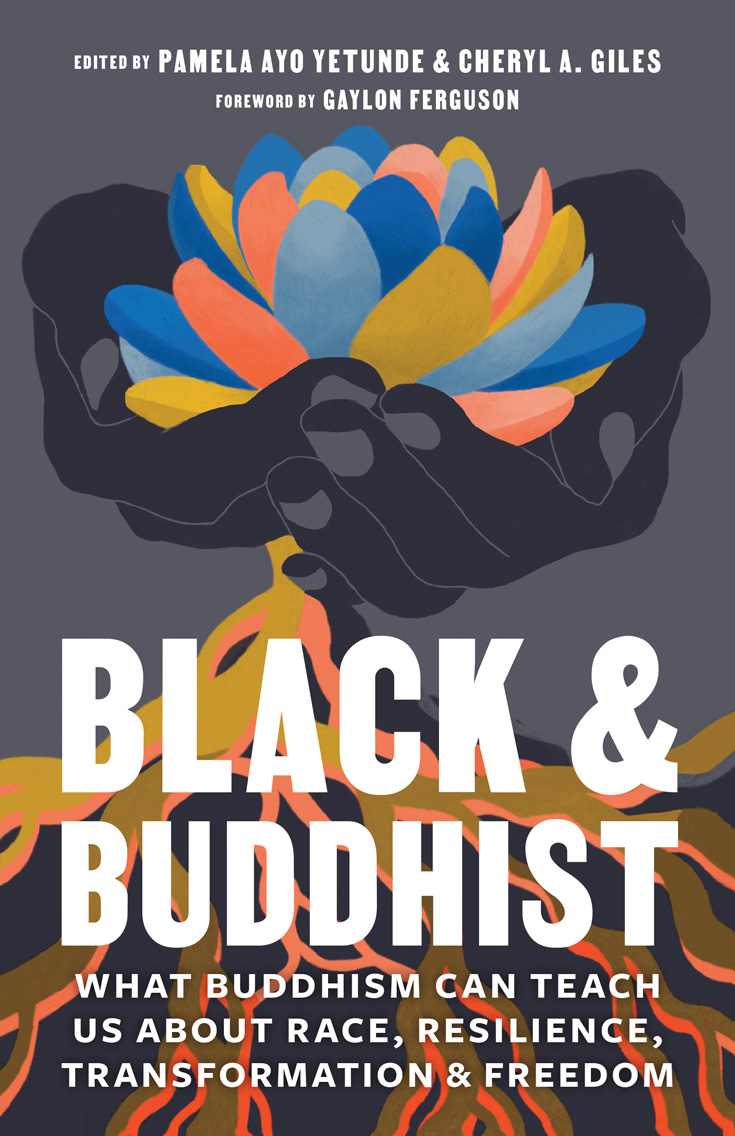 How can you trust that the POC sangha is actually about liberation? If the POC sangha is a community where the practitioners’ main motivation is to avoid white people, I do not believe its mission is deeply liberative. In sanghas like these, we may enjoy each other’s company, we may sit in silence for a while, we may feel temporarily safe, but we don’t talk about our responsibility in transforming our own states of consciousness so that we all operate in the world without the delusion that all white people are evil. Think about Malcolm X, or el-Hajj Malik el-Shabazz, as he was known after his pilgrimage to Mecca. His devotional experiences with white Muslims transformed his state of consciousness. The Zen Buddhist ways of Thich Nhat Hanh and of other teachers in the Zen tradition are not the ways of separation, just the opposite. These schools of the Buddha way are the way of interbeing, interconnection, and interdependence and are thus congruent, in a transcendental sense, with African ntu (interdependence) cosmology and spirituality. A POC sangha that does not allow for practices and teachings in interdependence unwittingly supports what I call “internalized apartheid,” the often unconscious ways we voluntarily segregate ourselves from white people because we feel weakened, threatened, or inferior in their presence. A liberative Buddhism supports strength, confidence, and equality, or in other words, what I call “Remarkable Relational Resilience” in the face of the negative white gaze, real and perceived. How is this done?

In my dissertation research, I used a combination of a survey and interviews to determine the psychospiritual experience of African American lesbians in the Insight tradition. One of the areas I explored was the tension between the necessity for self-preservation in the face of racist, sexist, and homophobic oppressions and a Buddhist practice and teachings that say there is no self to preserve. What I learned is that these women do not interpret “no self” in the sense that some European-descended Insight dharma teachers and writers have done but in the African spirituality ntu sense: “no self” means “no independent self.” Their belief in no independent self (stated otherwise as interdependence)—along with a lovingkindness meditation practice, meditation retreats, mindfulness, and participation in sangha life—contributed to Remarkable Relational Resilience in a world that could easily lead these women to live introverted, isolated, self-centered, alienated, and internalized apartheid existences. Contrary to popular opinion about Buddhism only being about aloofness, depending on how Buddhism is understood and practiced, it liberates and heals. And, surprisingly and paradoxically, this healing from oppressive separation may begin in a voluntarily segregated POC community.