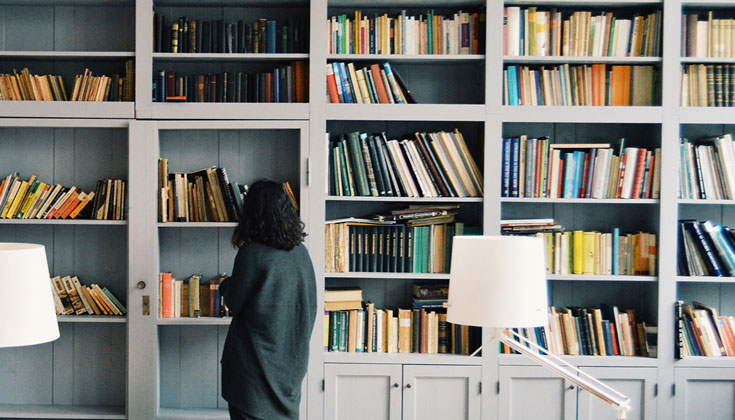 The second-century Indian Buddhist philosopher Nagarjuna had it out for anyone addicted to logic. He recognized logic’s importance in the context of philosophical discourse but observed that many of his non-Buddhist contemporaries wrongly believed in the ultimate reality of their system. Even worse, to his mind, they believed that logic would liberate them from the cycle of birth and death. In Crushing the Categories (Wisdom 2018), Jan Westerhoff translates Nagarjuna’s critique of logic (Vaidalyaprakarana) and offers detailed commentary on the implications of its verses. He emphasizes that Nagarjuna’s goal in this text is to demonstrate that complex logical systems can be carefully harmonized with Buddhist teachings on emptiness, and thus can be adapted to overturn the extreme views of others.

Zen teacher Shohaku Okumura’s The Mountains and Waters Sutra (Wisdom 2018) is a lucid guidebook to Dogen’s Sansuikyo, an essay included in his famous Shobogenzo. Okumura explains that Dogen’s “Mountains and Waters Sutra” is not a sutra about mountains and waters; rather, Dogen’s assertion is that mountains and waters are themselves sutra—they “unceasingly expound the Buddha’s teaching.” Interestingly, Okumura argues that the Mahayana sutras that emerged in India were produced by Buddhists who had shared this very same insight. Mahayana sutras, he explains, “are not a historical record of what the Buddha said,” and in this sense are “fake.” But, he says, the insights contained in these texts are nevertheless based on genuine encounters with the Buddha and his teachings—just encounters of a very different sort. Okumura identifies these encounters as the central concern of Buddhist study: how can we hear the Buddha’s message now? How can we see him? For Dogen, the Buddha is radically imminent—the sounds of valley streams are his teachings, and the colors of mountains are his body.

Reincarnated teachers have occupied a central position in Tibetan Buddhist lineages for centuries, but it wasn’t always this way. Ruth Gamble explores the birth of this tradition in Reincarnation in Tibetan Buddhism (Oxford 2018), which focuses on the life and influence of the Third Karmapa Rangjung Dorje (1284–1339). Rangjung Dorje’s recognition as a reincarnate lama played a critical role in making rebirth a mechanism of succession. Born into a family of itinerant workers, he was identified as the reincarnation of the Second Karmapa Karma Pakshi (1204–1283) by the famous Orgyenpa Rinchen Pel (1229–1309), who was one of Karma Pakshi’s chief disciples. Gamble argues that in recognizing Rangjung Dorje as the reincarnation of a teacher who himself had been recognized as a reborn lama, Orgyenpa “had done something seminal in Tibetan Buddhism,” introducing for the first time a third member of a reincarnation lineage. This set a critical precedent, and Rangjung Dorje’s gifts as a writer, teacher, and yogi helped to legitimize the notion of reincarnate teachers in Tibet, making way for myriad new authoritative lines.

Taking inspiration from the female bodhisattva of mercy Kanzeon, Zen Teachings in Challenging Times (Temple Ground 2018) presents powerful reflections by female Zen teachers on issues both public and personal. Melissa Myozen Blacker’s chapter describes how, prior to the 2016 US election, she had been lulled into thinking that the world was moving toward healing, justice, and fairness. But she has since realized how she had been blind to enduring injustices; she now sees the past two years as a wake-up call for us to acknowledge the realities before us, ground ourselves in compassion, and do whatever possible to counter divisiveness. Shosan Victoria Austin’s essay, moreover, describes two horrific accidents that left her cognitively and physically devastated, and details how incorporating her ailments into the heart of her Zen practice allowed her to “differentiate pain from suffering.”

Over the last 150 years, Buddhism in Thailand has changed dramatically. Until the twentieth century, Thailand consisted almost entirely of rural villages, and local monks were intimately connected with village life. Buddhist wats maintained unique traditions developed by generations of local teachers, and they also served as community centers for learning skills ranging from carpentry to medicine. But with the Sangha Centralization Act of 1902, the Thai government established a scholastic curriculum designed to replace local traditions with state-sanctioned “scientific” forms of Buddhist study. In Kamala Tiyanavich’s In the Cool Shade of Compassion (Shambhala 2018), we read about masters who represent Thai Buddhism as it was before these governmental reforms. The charismatic teacher Ajan Khai (1857–1932), for example, remained dedicated to a peripatetic and ascetic lifestyle, spending years meditating in remote caves. He studied both local religious literature and canonical Buddhist works, offered medical and psychological treatment to villagers, and made protective amulets by hand—a far cry from what Tiyanavich frames as the “bureaucratized sangha hierarchy” that emerged after 1902, under which monks became “increasingly sedentary and bookish.”

Tenzin Wangyal Rinpoche’s Spontaneous Creativity (Hay House 2018) draws on the Dzogchen teachings of the Bön tradition to highlight the transformative power of creativity. This vision of creativity is not limited to artistic abilities, but rather refers to a basic force responsible for positive change in ourselves and others. Tenzin Wangyal reasons that our very nature is creative, and tapping into it enhances our focus, expressiveness, and ability to fully immerse ourselves in what we are doing. To help reveal our creative selves, he details various meditative techniques drawn from Bön tradition, including rushen, a practice for allowing repressed feelings to emerge. Historically, this has involved going to a remote place and imitating the behavior of certain animals. He makes the case, however, that this practice can be approached differently in modern contexts and could involve any form of creative behavior (such as dancing or even gardening) that serves as a form of emotional release.

In 1927, a Japanese scholar visited the monastery of the famous Chinese Chan master Yunmen (864–949) and was dismayed to find just three rundown buildings, one of which housed Yunmen’s mummified remains. The sole resident monk there seemed to know nothing of Yunmen’s legacy, and even Yunmen’s mummy would ultimately disappear during the Cultural Revolution. Yet recent decades have brought renewed interest and investment in the monastery (partly driven by Chinese governmental interest in Buddhist tourism), and Yunmen’s importance in the history of Chan has come to be more widely recognized. Urs App’s Zen Master Yunmen (Shambhala 2018) offers an expert introduction to the life and teachings of this fascinating figure. As with other Chan masters of his era, Yunmen’s teachings are riddled with puzzling exchanges aimed at challenging attachments of any kind. One discussion reads: “Someone asked Master Yunmen, ‘What is Chan?’ The Master replied, ‘That’s it!’ The questioner went on, ‘What is the Dao?’ The Master said, ‘Okay!’”