Daigengna Duoer reviews The Life of Jamgom Kongtrul the Great by Alexander Gardner, The Circle of the Way by Barbara O’Brien, and more. 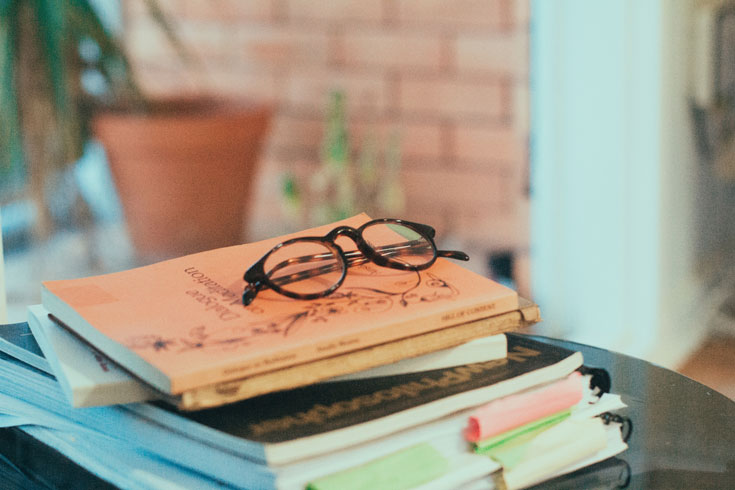 Jamgon Kongtrul (1813–1899), often credited as the founder of rimay, has made an immeasurable impact on modern Tibetan Buddhism, perhaps especially as it’s understood in the West. In The Life of Jamgom Kongtrul the Great: Tibet’s Great Treasure Holder (Snow Lion 2019), Alexander Gardner, the director and chief editor of the Treasury of Lives (an online biographical encyclopedia of Tibet, Inner Asia, and the Himalayan regions), offers Western readers the first ever extensive biography of Jamgon Kongtrul in English, along with a new translation of Kongtrul’s Treasury of Knowledge, one of his key writings. Gardner notes that as more of Kongtrul’s work has been translated, a more nuanced understanding emerges: whereas many tend to interpret Kongtrul’s rimay as syncratic or anti-institutional, it is truer to say he was promoting a nonpartisan approach, one that actually upheld teaching lineages in all their variety.

“This book is written for those who see the word Zen tacked onto everything from tech products to soap and wonder what it is,” writes Barbara O’Brien, who, unsatisfied with the lack of a comprehensive and suitable history of Zen for Western students, decided to take the challenge on herself. The Circle of the Way: A Concise History of Zen from the Buddha to the Modern World (Shambhala 2019) offers an accessible approach, taking the middle path between traditional narratives and historical scholarship. Negotiating the complexities that surround the term Zen from its contemporary commercial implications, detangling its messy historical narratives preserved in multiples languages and often contradictory sources, and parsing out the ambiguities of historical and scholarly studies is no easy task. Yet O’Brien, a practitioner writing for other practitioners, brings new research, as well as attention to less studied Zen traditions in Korea and Vietnam, to deliver the book she was looking for.

In Ulaanbaatar, one of the five worst cities for air pollution in the world, toxic smog from coal burning often smothers the city in winter, shielding residents from light and the clear sky. In a traditionally Buddhist country in the middle of both a postsocialist transition and a Buddhist revival, how does pollution affect religious life? How is pollution understood in Buddhist terms? Based on twenty-two months of ethnographic fieldwork carried out in Ulaanbaatar from 2009 to 2016, Enlightenment and the Gasping City: Mongolian Buddhism at a Time of Environmental Disarray (Cornel University 2019) explores these questions in the context of contemporary Mongolia. Author Saskia Abrahms-Kavunenko follows lay Mongolian Buddhists and invites us to reflect both on their discourses of “light,” which are explicitly linked to purification and religious enlightenment, and their discourses of the opposite, which connects not only to air pollution and spiritual ignorance but also to political and economic uncertainties.

Although often associated more with the Kagyu school, the practice of Mahamudra can be traced to the founder of the Geluk school, Tsongkhapa, who is said to have received an oral transmission directly from Manjushri; the teachings have actually remained a crucial part of the Geluk tradition and are still taught to both Tibetan and non-Tibetan audiences by Gelukpa lamas, including the Fourteenth Dalai Lama. The culmination of more than three decades of in-depth scholarly research, Roger R. Jackson’s Mind Seeing Mind: Mahamudra and the Geluk Tradition of Tibetan Buddhism (Wisdom 2019) extensively covers the history and doctrines of the Geluk Mahamudra practices, especially through the lens of the First Panchen Lama, Losang Chokyi Gyaltsen (1570–1662), whose writings helped the esoteric tradition take shape as a written body of teachings. In addition, the book contains ten major texts translated by Jackson that represent different facets of the Mahamudra in the Geluk tradition, showing that the practice does not only pertain to trainings of the mind, it is also intimately linked to texts, prayer, narratives, rituals, meditation, aesthetic expressions, and philosophical disputations.

It is no secret that Jewish Americans make up one of the most prominent groups in contemporary Western Buddhist communities. But why? Sociologist Emily Sigalow, following three years of ethnographic work including archival research, interviews, and participant observations, digs deep into this question in American JewBu: Jews, Buddhists, and Religious Change (Princeton University 2019). She argues that the particular social position of American Jews—a distinctively left-liberal, urban, secular, and upper-middle-class religious minority—propelled many of them to their engagement with Buddhism (which, at least in the West, tends to share many of those same characteristics). Sigalow shows that instead of adapting to the majority, Judaism and Buddhism in the United States have instead adapted to each other, both through borrowing and integrating—in some cases, Buddhism becomes a new path for those who still culturally identify as Jews, and in others, Buddhist teachings and practices serve as a means of deepening one’s spirituality within Judaism.

In The Theravada Abhidhamma: Inquiry into the Nature of Conditioned Reality (Wisdom 2019), Sri Lankan scholar Y. Karunadasa guides the reader through in-depth analyses of the topics in the Theravada Abhidhamma’s philosophical system, such as the theory of the two truths, the analysis of the mind, and the theory of cognition. Karunadasa also calls our attention to the fundamental premises and functions of the text—that the Abhidhamma provides a detailed description of reality in order to identify the sources of, as well as the antidotes to, suffering. He explains the Abhidhamma view that only dhammas, the bare phenomena that form the world of experience, are real and that anything other than these basic phenomena are conceptual constructs; according to this view, then, the main source of suffering is a commonsense realism that mistakes the world as it appears to us as ultimately real. The antidote to that suffering, according to the Abhidhamma, can be found in its own lucid descriptions of reality, which penetrate the illusion of conditioned reality and expose the unconditioned reality of nibbana.

The first book of its kind—a multiauthored contemplation on Buddhist nonduality, mindfulness, and gender—Transcending: Trans Buddhist Voices (North Atlantic Books 2019) collects the stories of more than thirty contemporary practitioners from various Buddhist traditions; these contributors shed light on issues of isolation, transphobia, and aggression in the sangha, but they also verify experiences of healing and transformation through Buddhist practices. The book’s contributors often speak of their personal journeys not as experiences to be reconciled with Buddhist practice but as mirrors to it. Cooper Lee Bombardier writes, “I think that nothing allows for a sense of nonattachment, of impermanence, and of letting go quite like gender transition, which by its own name evokes movement, of always becoming, a leap away from the static.” In another of the book’s essays, “What Is a Body, Anyway?” Finn Enke reflects on Avalokiteshvara and the nature of transformation, concluding, “I’m not trying to get to some imagined other place. I’m just exactly where I need to be, changing and present in a nonbinary form. I’m not ‘in between’ anything; I’m just here.”