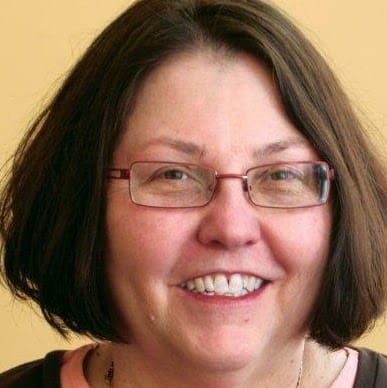 Carolyn Rose Gimian has edited many of Chögyam Trungpa Rinpoche’s books, including his Collected Works. She’s also a senior teacher in Shambhala International whose teachings are characterized by her down-to-earth wisdom braided with her playful sense of humor. One of Carolyn’s teachings is in my anthology Buddha’s Daughters: Teachings from Women Who Are Shaping Buddhism in the West, and I recently had the good fortune to interview her.

Andrea Miller: What do you believe is the role of the teacher in Buddhist practice? Why is it important to have a teacher?

Gimian: Actually, I’ve recently been working on a book of Chögyam Trungpa’s material on mindfulness, which is going to come out about a year from now. And, interestingly, for somebody who talked over and over again about the importance of a spiritual teacher, there were several talks that I ran across where he talked about how if you’re practicing mindfulness, then in fact you didn’t necessarily need a teacher, that in a sense, the teachings themselves could function as the teacher for you. He also acknowledged that a lot of people really would not have the time or the ability—just based on where they lived or whatever—to take on a formal relationship with a teacher, and he thought that was fine.

But I think the role of the teacher is to point to wisdom in the student and also to push you a bit beyond your comfortable level of exertion and discipline and help you overcome self-deception, which can be both overvaluing or undervaluing certain things about yourself. So a teacher helps you to be realistic.

How can someone who’s relatively new to the path know that they’ve found their teacher?

Gimian: Well, for some people it’s immediate—you just sort of know. But I’m not sure that everybody finds the one person who’s going to be their teacher. Today, at least, many practitioners find different traditions to be nurturing and helpful to them, and that’s not a problem if they’re not avoiding themselves but rather are genuinely working on the path. But I do think it’s a problem if you jump around from one thing to the next because you don’t want to surrender habitual mind or you don’t want to surrender to something that you think at the time is greater than yourself. Surrendering is scary but it enables you to open yourself to yourself, and that’s hard at times because it’s not all joy and bliss.

What do you recommend when someone does have a relationship with a teacher but that relationship isn’t working out?

Gimian: That’s so personal. I think you have to be true to yourself but it’s a question of how you figure out what that is. There are a number of things to consider.

You can grow beyond somebody. You can have a teacher who’s really great to introduce you to, let’s say, meditation practice but at a certain point, you need something more and that’s a genuine feeling and so you turn elsewhere. Then sometimes people are avoiding surrender but that’s tricky to determine, especially if its the teacher who tells you that you’re in avoidance, because there are teachers who are maybe not total charlatans but they’re trying to present to people something that’s actually beyond what they can do. So I think if a person really feels uncomfortable, they need to step back—except for those extraordinary times when they probably really need to lean in [laughter]. I would, myself, be very careful about telling somebody what to do in this situation. I certainly wouldn’t want to undermine their intelligence.

Can you tell me about meeting your teacher?

Gimian: At the end of my college years, I went to a talk that Chögyam Trungpa was giving at a church in Boulder, Colorado. I thought the talk was interesting but I didn’t think a huge amount of it. I wasn’t really interested in Buddhism. I was more interested in Western psychology, or so I thought. But the next day early in the morning I had this strong feeling that I should somehow give my life to this man. To have that thought was completely disconcerting and unacceptable to me [laughter], so I spent months after that avoiding the whole thing. Then, maybe a year later, I started studying with him.